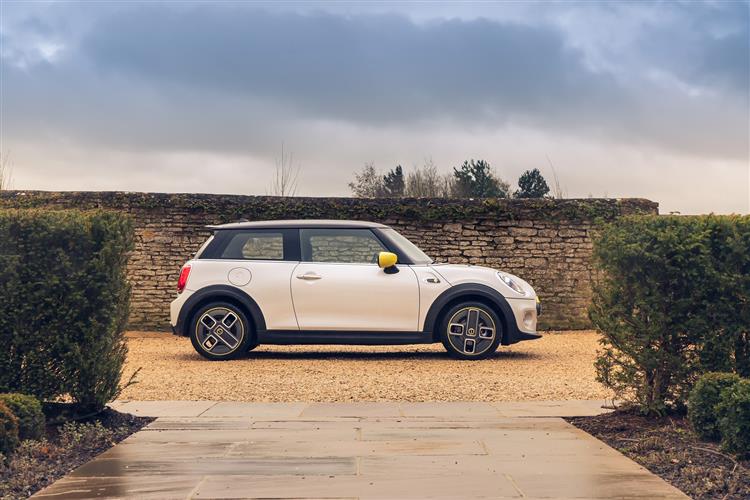 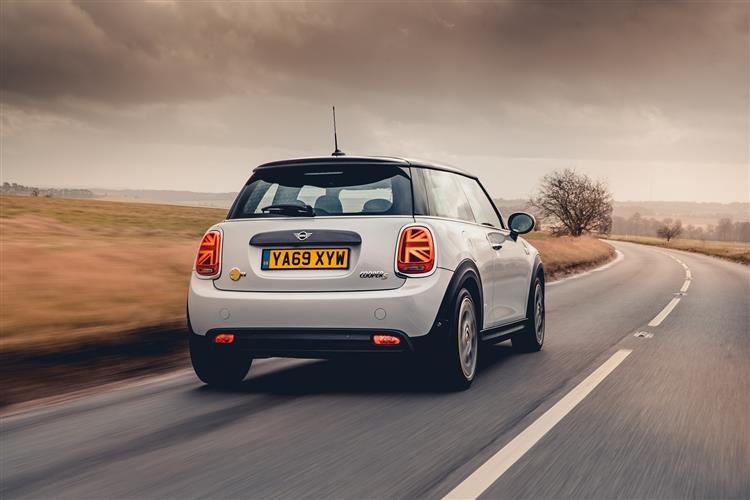 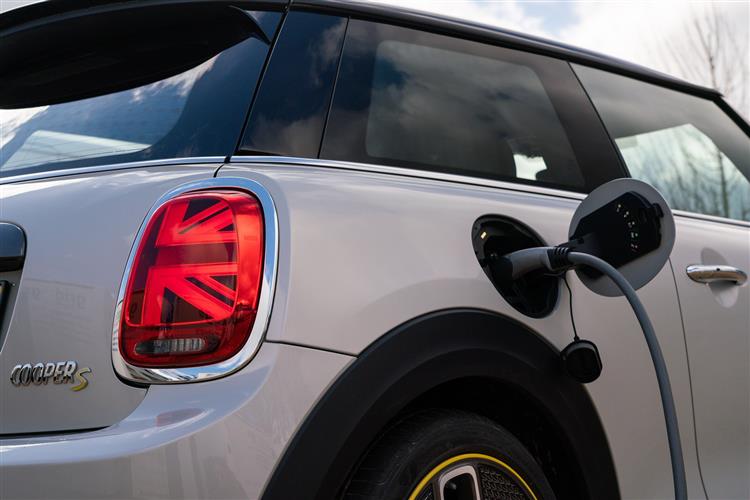 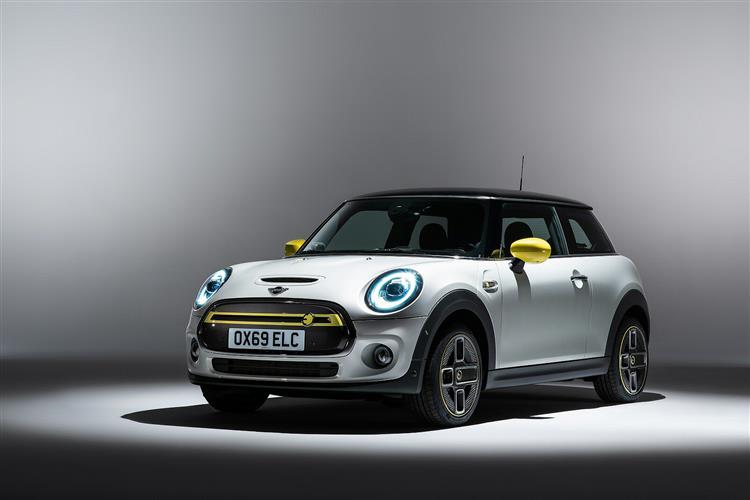 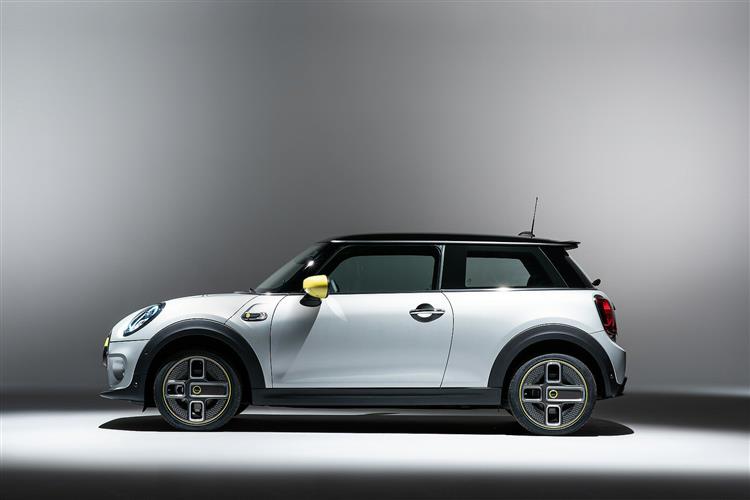 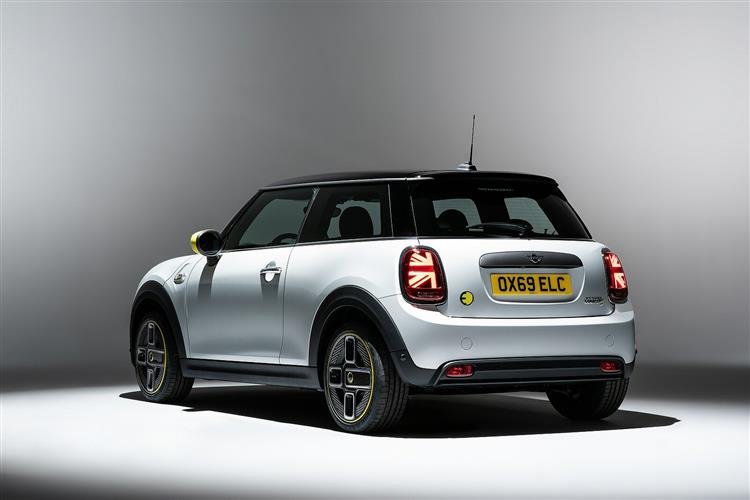 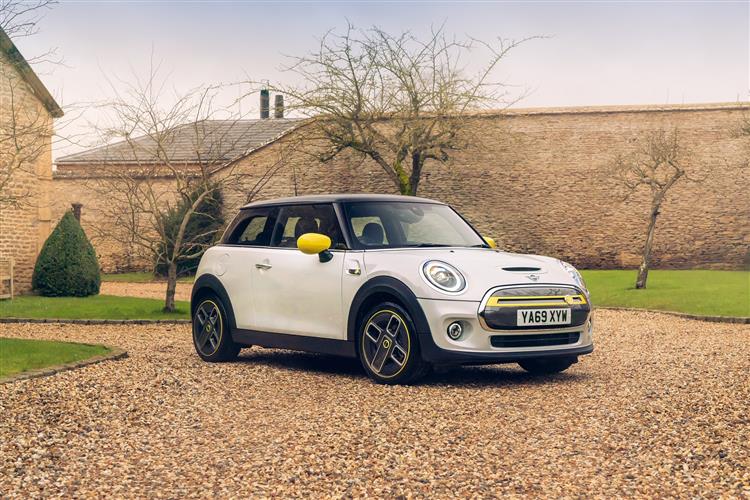 It's natural that there should be a MINI Electric variant. This little Hatch lends itself to battery power and quick-step EV pulling power. The driving range possible between charges isn't a particular strongpoint here, but it'll probably be fine for urban folk, who'll appreciate this car's enthusiastic take on life. Market interest suggests that it could prove rather popular.

It's curious that it's taken BMW's MINI brand so long to bring us an all-electric version of its iconic little hatch model. The Bavarians have, after all, been experimenting with battery-powered versions of this model for years - MINI E prototypes were first produced as long ago as 2008. Following that, it was always assumed that BMW's first battery-powered car would wear MINI badging but time drifted on, nothing happened and in fact it was the BMW i3, launched in 2016, that reached the EV market first. Since then, we've had an electrified MINI - the Countryman PHEV - but no full-battery model. Until now. Here, at last, is the MINI Electric.

This MINI Electric uses a 32.6kWh battery pack with a 184hp output and maximum torque of 270Nm. From rest, 62mph takes just 7.3s, so we're talking near-MINI Cooper S levels of performance, though as with all EVs, the maximum speed is restricted - in this case to just 93mph. But then, when was the last time you drove over 93mph? The car sits a little higher off the road than a Cooper S to give the battery more clearance but the centre of gravity is lower because more of the mass is concentrated further down. Weight distribution is quite different to a normal MINI Hatch too, the battery's bulk dictating a 54/46 front-to-rear ratio rather than the usual 60:40-split. To get the most from the electric motor's torque, you'll need to master the various driving modes - 'Normal', 'Green' and 'Sport', the latter offering slingshot acceleration. The digital dashboard provides information on the current flow of energy and the range, as well as offering ways of increasing range by deactivating comfort functions or boosting energy regeneration. On the navigation map, a circle that indicates the car's range can be shown. When the route guidance starts, it displays the fastest and shortest route and also suggests a GREEN route involving the lowest level of power consumption.

The MINI Electric is based on the same body shell as the 3-Door Hatch, with a number of specific differences. An embossed MINI Electric logo appears on car's side scuttles, as well as on the tailgate and front radiator grille. The front grille features the hallmark hexagonal shape but is closed, as the car requires less cooling. This also contributes to sleek aerodynamics, as do the enclosed undercarriage and the rear apron. Boot volume can be compromised in electric cars but the MINI Electric retains the full MINI Hatch 211-litres, expanding to 731-litres when the rear backrests are folded down. Inside, it's pretty much like any normal MINI Hatch, except for the addition of a new digital dashboard with a 5.5-inch colour screen behind the steering wheel. Road speed is shown at the centre in figures with a peripheral scale band, as well as information on the charge level of the battery, the selected MINI Driving Mode, the status of the driver assistance systems and check control messages. In addition, details of the available range, current drive power, outside temperature, time and mileage are displayed, with traffic sign detection reports and directions from the navigation system.

There are three trim levels, beginning with the standard trim, with a lease price starting at £299 per month (plus £4,000 initial rental for a 48 month Personal Contract Hire agreement) and a list price of £24,400 OTR, after the government plug-in car grant has been applied. Equipment across the range includes a Navigation system on the 6.5-inch central touchscreen in the central instrument panel with Apple CarPlay and a map view which shows public charging stations in the local area and remote services allows the driver to control the charging process via a connected mobile phone. The mid-level variant offers a cloth/leather-look upholstery, additional exterior body colour and wheel options, as well as adding rear Park Distance Control, a rear camera, seat aeating, a 'Driving Assistance Pack' and Logo Projection puddle lights. The mid-level style MINI Electric is available at £26,400 OTR including the grant. For customers looking for a premium driving experience, the top level offers front PDC parking sensors, a 'Park Assist' system that automatically steers you into spaces, a premium Harmon Kardon sound system and a Head-up Display. It also adds a panoramic sunroof, Matrix LED headlamps and provides a larger 8.8-inch central infotainment touchscreen. Wireless phone charging is also included, in addition to 'MINI Yours' leather 'Lounge' upholstery, a choice of five alloy wheel designs and six exterior body colours. The top style MINI Electric is available at £30,400 OTR including the grant.

You might think, as we do, that the main issue here is driving range. MINI claims that this car will cover between 124 and 144 miles in the WLTP cycle. Which doesn't sound very much in an era when the similarly-sized full-electric Peugeot e-208 and Vauxhall Corsa-e models will do over 200 miles. Even BMW's i3 EV goes at least 20% further than a MINI Electric. MINI bullishly says this isn't a problem because a long driving range isn't really needed in an urban-based car. The brand has worked out that the average daily driving distance for a MINI customer is 23 miles - though we've heard that argument before and in our view, it doesn't excuse feeble driving range provision. Rather more pertinently, the company also points out the issue of cost and weight. The larger the battery, the more expensive and heavy it will be, which of course then affects performance and handling - both crucial criteria for a potential buyer of this car. Hence BMW's decision to specify a relatively compact 32.5kEWh battery here which, it reckons, gives the best trade-off between purchase price, handling and driving range. It also means relatively quick charging times. Charging from empty to 80% at an AC 11KW point takes two and a half hours - or three and a half hours to you charge to 100%. You can charge from empty to 80% at a DC 50KW charging point in just 35 minutes. The charging plug is located above the right-hand rear wheel, where the petrol filler would normally be.

The original Mini, designed by Sir Alec Issigonis, was born out of the Suez crisis oil shortage and the demand for affordable motoring. The first cars rolled off the line at Oxford in the summer of 1959 and so began a global success story which has spanned six decades. As the world faces new environmental, social and economic challenges, so perhaps the arrival of this MINI Electric is just as opportune. We have some reservations about its rather limited driving range capability, but if you're going to be regularly town-based anyway, that may not be too much of an issue. And this car's spirited handling will make up for much. Sir Alec Issigonis would have been fascinated by this model. MINI is crossing its fingers that you will be too.

Fill out the simple form below to get a quote for this Mini Electric Hatchback 135kw Cooper S 1 33kwh 3dr Auto lease.