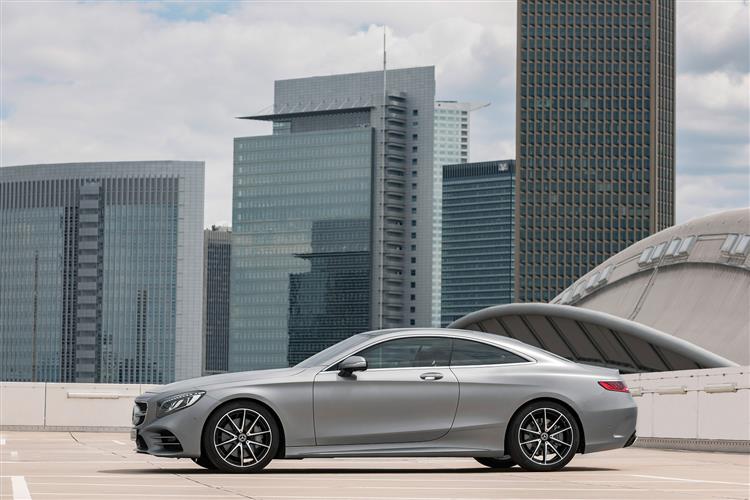 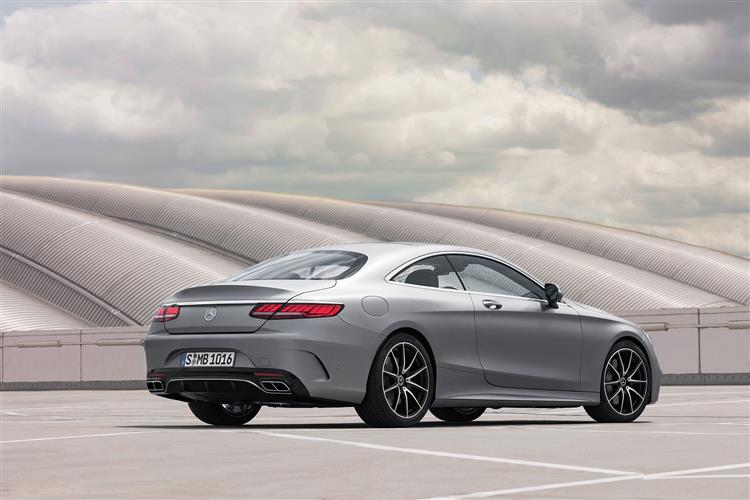 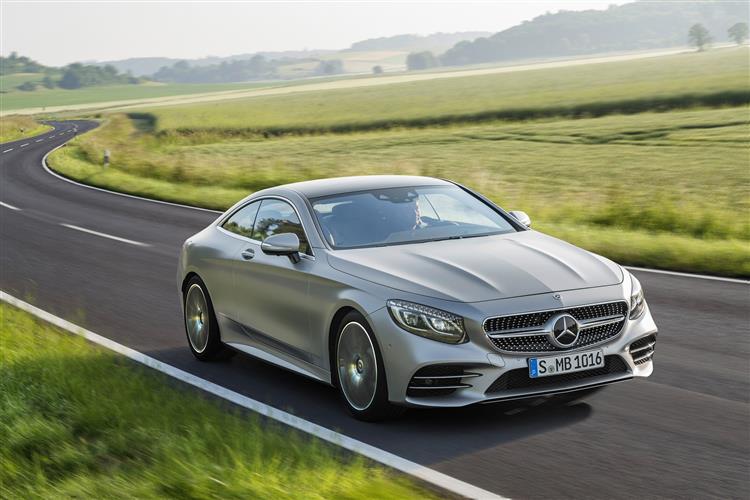 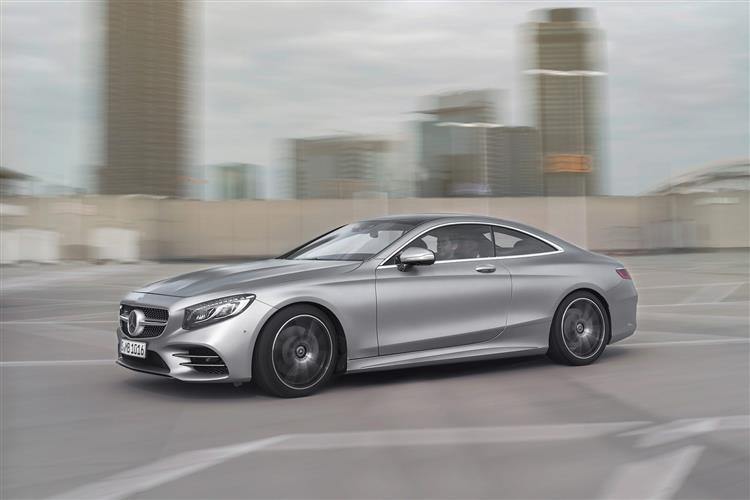 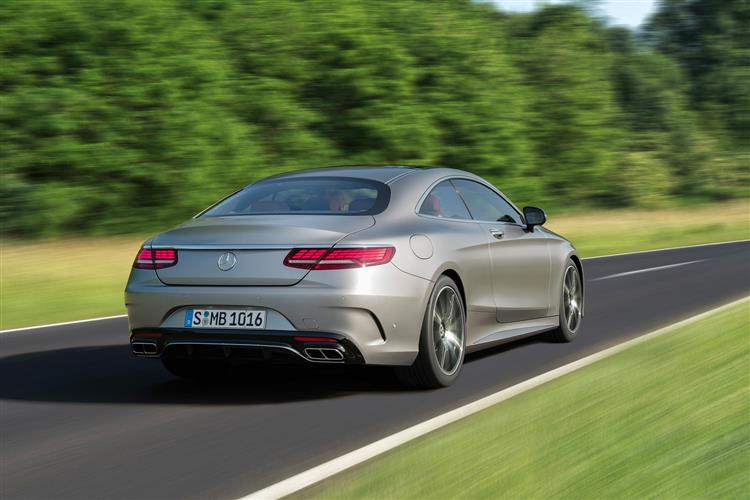 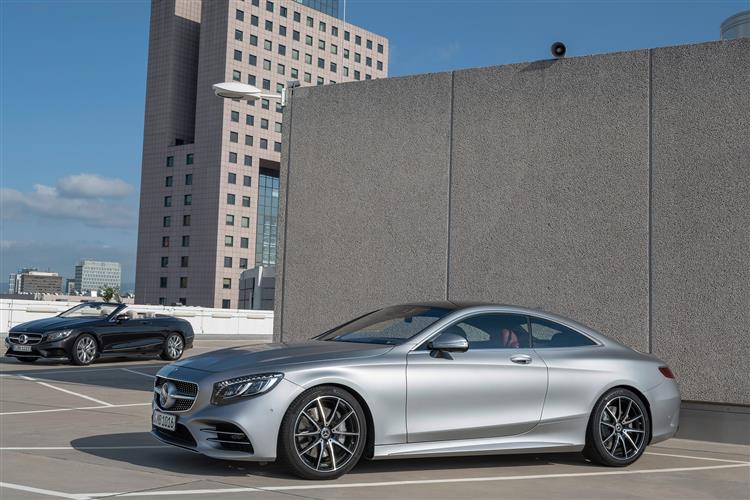 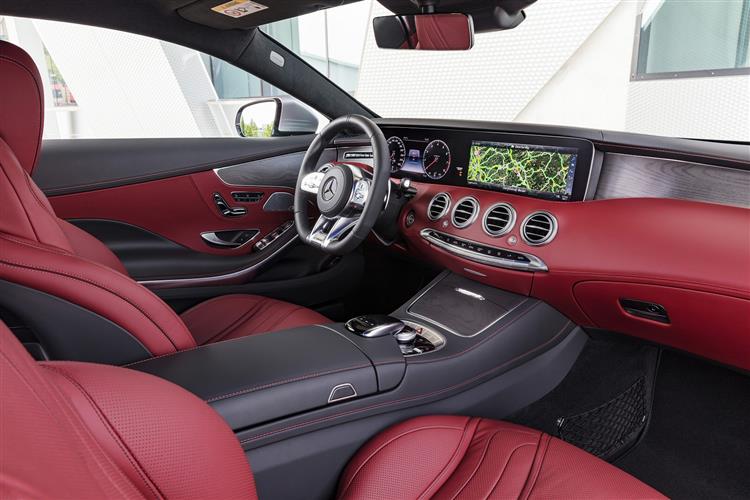 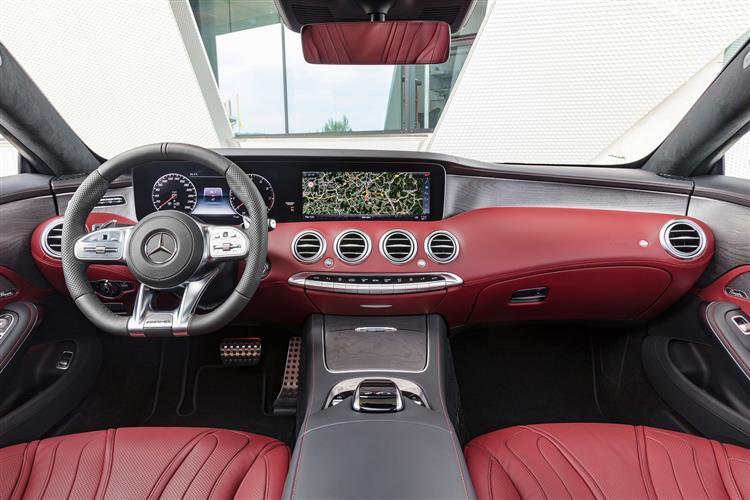 The Mercedes-Benz S-Class Coupe is an exquisitely finished two-door Grand Tourer with an unusual and rather refreshing reluctance to attract attention that sets it apart in a luxury coupe market filled with flamboyance. This improved version gets an uprated entry-level V8 engine and some even more sophisticated technology.

So, you've succeeded in life. But there's still a distance to travel. A distance you'd like to complete without undue fanfare but in exquisite comfort. The style of a luxury coupe appeals but the brash vulgarity of a Bentley Continental or a Maserati GT doesn't. Assuming that you want something a bit nicer and more luxurious than, say, a BMW 6 Series or something from Jaguar, that leaves only one car on your choicelist. This one, the improved Mercedes S-Class Coupe. It's worth touching upon a little history here, for the brand has much of it, having been represented in this segment since it launched the legendary 300 S Coupe in 1952, hailed by the press of the time as 'a car for the world's elite'. Ever since, Mercedes has brought us an almost uninterrupted series of exclusive two-door Grand Tourers combining sophisticated design with trailblazing technology - every model in its own way an automotive classic. This S-Class Coupe was first introduced in 2014, sharing technology and engineering with the S-Class saloon but with its own unique look and feel, both inside and out. Updates to the four-door S-Class in late 2017 gave Mercedes the opportunity to revised this Coupe derivative and it gains a new 4.0-litre biturbo V8 petrol unit at the foot of the range as well as extra equipment and more safety technology.

The starting point for the S-Class Coupe range is now the 585bhp S560 variant. Unlike the previous S500 model, this one doesn't get a 4.6-litre V8 under the bonnet: you'll have to settle with a 4.0-litre biturbo unit, but you're not going to feel hard done by thanks to a 469bhp output (up from 455bhp before). Rest to 62mph takes just 4.6s en route to 155mph. Power goes to the rear wheels and the twin-turbocharged engine develops some 700Nm of torque. The alternative is the 4.0-litre 612bhp V8 BiTurbo S 63 AMG model which spirits you to 62mph in just 4.2s. There's also a 630bhp V12-engined AMG 65 variant at the top of the line-up. Specified correctly, this model will drive for you, park for you and cosset you in a way that few cars at any price can. Autonomous driving capability is something that Mercedes has particularly concentrated on improving with this revised S-Class Coupe, with the brand's existing technology now embellished with navigational algorithms that anticipate traffic conditions and prepare the car in advance for roundabouts, corners and junctions.

'Sensual purity'. We're told that this is what has driven the shape of this car - and Mercedes' efforts to differentiate it from the boardroom limousine it's based upon. Whatever your view on that, there's no doubt that it's the most distinctly-styled large luxury Mercedes coupe of recent times, characterised by typical rear-wheel-drive proportions that are emphasised by the sculpted lines of the long bonnet with its pronounced powerdome and the low glasshouse with its high beltline. The result is a car that's now visually unique in the Stuttgart maker's line-up and quite exclusive enough to stand alongside the Bentley and Aston Martin rivals it's directly aimed at. The cabin features a sporty three-spoke steering wheel, plus some beautiful diamond-quilted seats that are available in some quite shouty colours like Porcelain White and Bengal Red. I think I'd stick with black or tan. The lovely switchgear and huge screens are carried over from the saloon and the touch pad controller allows the driver to make smartphone-style gestures to control the key infotainment functions. There's also a head-up display, and a standard panoramic glass roof which can switch between opaque or transparent at the touch of a button.

Prices start at around £104,000 for the S560 Coupe AMG Line. That might sound a lot of money to spend, but compared to, say, an Aston Martin DB11 which starts at £145,000, it looks strong value for money, especially when you consider the base specification that's on offer. If you want the mighty 612bhp S 63 AMG Coupe, you'll need just over £127,000. If you need even more performance, the 630bhp S65 AMG Coupe needs a £190,000 budget. The S560 - only available in AMG Line trim - comes as standard with wireless phone charging, Airmatic air suspension and the 'Comand Online' infotainment system including a 12.3-inch dual-bonded widescreen cockpit and infotainment display. You also get the Mercedes 'Magic Vision Control' wiper system, the brand's 'Intelligent Light' set-up, 'Airscarf' neck-level seat heating, a fixed panoramic sunroof, the 'Keyless Go' Comfort package, including remote boot opening. The leather seats are powered with memory options, as is the steering wheel adjustment. And the cabin features ambient lighting with a choice of 64 colours, ventilated seats, a Burmester surround sound system, Android Auto and Apple CarPlay smartphone-mirroring and 19-inch alloy wheels. An optional 'Driving Assistance Package' adds all the latest camera-driven safety features.

The S560 variant may offer more power than the previous S500 model it replaces but it still manages to also be cleaner and more frugal. Specifically, you're looking at 34mpg on the combined cycle and 188g/km of CO2 for this variant: pretty impressive for a luxury Coupe of this size and performance. Go for the S 63 AMG version and the figures are 31.7mpg and 203g/km, but the V12-engined S 65 manages only 23.7mpg and 279g/km of CO2. The key to this S-Class Coupe model's relatively impressive efficiency performance in its mainstream guises lies partly with a mixture of excellent aerodynamics and engine efficiency you can maximise via a 'C'-designated 'Controlled Efficiency' driving mode setting. The lightness of the aluminium hybrid bodyshell helps too, this structure seeing nearly 50% of the body fashioned from this lightweight metal, including the roof and the whole front end of the car. Plus there are features such as ECO start/stop, low friction engine technology, an excellent drag coefficient of just 0.27Cd and a super-efficient 9G-TRONIC nine-speed auto gearbox with a really high cruising ratio. What else? Well, there's a top-of-the-shop group 50 insurance rating for all variants. Still, at least servicing costs can be kept in check by an ASSYST dashboard service indicator that monitors engine use and tells you exactly when maintenance is due. There's also a Service Care package that takes care of routine maintenance for a relatively small monthly payment, spreading the cost of regular servicing, guaranteeing the price of parts and labour for up to four services and covering the cost of all recommended service items such as brake fluid, spark plugs, air filters, fuel filters and screen wash. And the standard three year warranty is built upon by Mercedes' Mobilo scheme which delivers breakdown cover for up to thirty years, as long as you continue to have your car serviced at a Mercedes main dealer.

You'd be forgiven for initially being a little sceptical about this car's charms. After all, if you've earned enough to pretty much buy a Bentley, isn't it logical to simply ahead and get one rather than opt for what critics would see as a coupe version of a mere £70,000 luxury saloon? The thing is though, this S-Class Coupe is far more than that thanks to the fact that Mercedes has given its super luxury Grand Tourer its own unique appeal. From the jewel-like Swarovski crystal LED headlamps to the sculpted silhouette and the little touches like the stylised finish of the switchgear and the Burmester speaker covers, it's modern, memorable and magnificent, with a level of technology that embarrasses the traditional exotic brands. Those makers will spend years trying to emulate the MAGIC BODY CONTROL suspension and figuring out the cleverness that lies behind this car's unique active tilting cornering system - by which time Mercedes will doubtless have brought us something even better. Bentley and Aston Martin customers want to be noticed. S-Class Coupe customers don't need to be. Which in its own way I think, like this car, makes them more exclusive still.

Fill out the simple form below to get a quote for this MERCEDES-BENZ S CLASS COUPE lease.