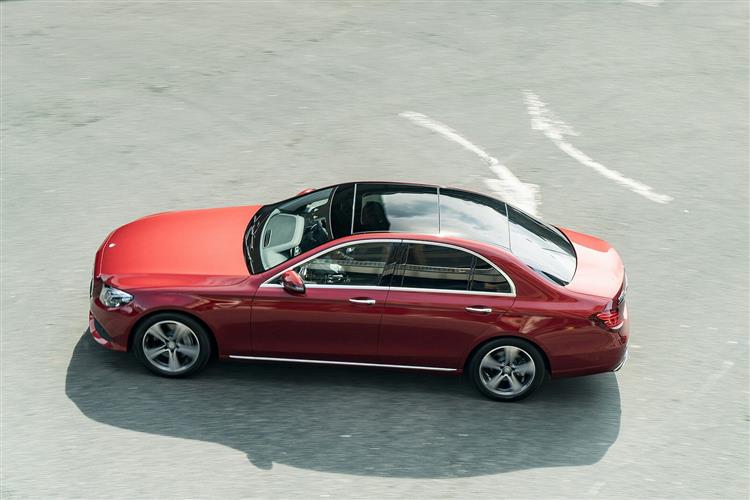 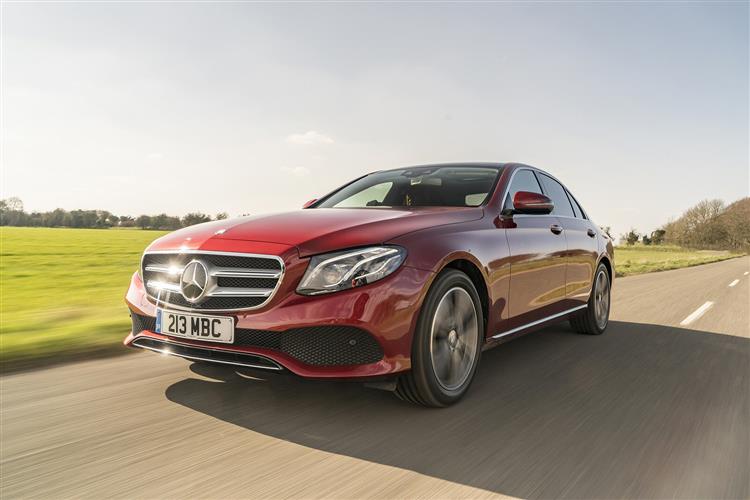 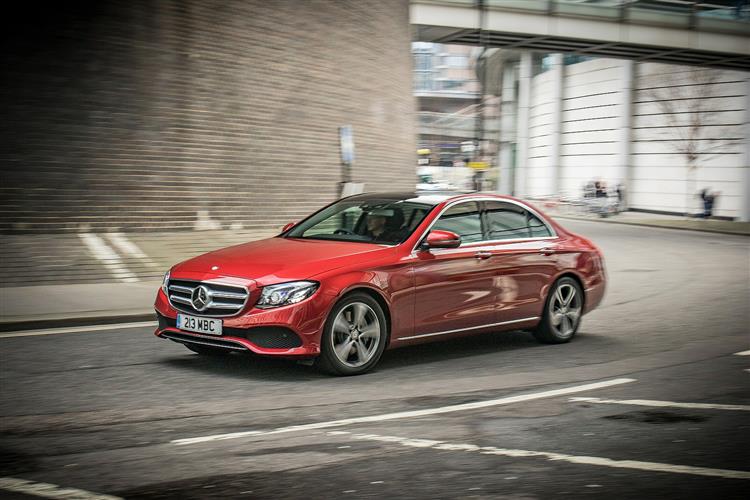 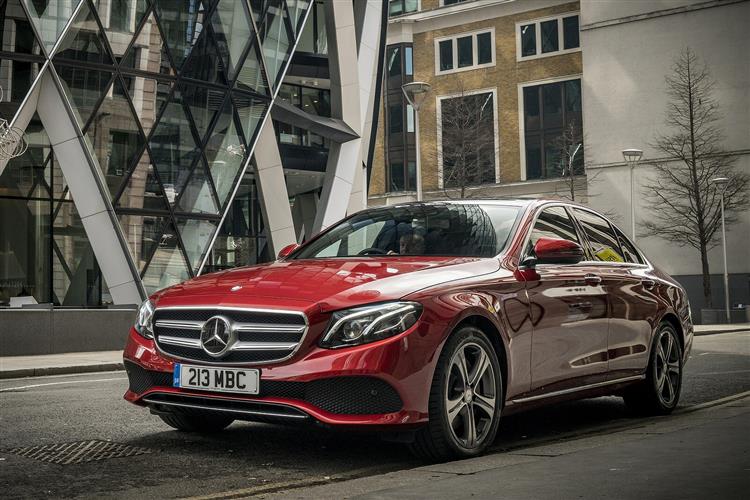 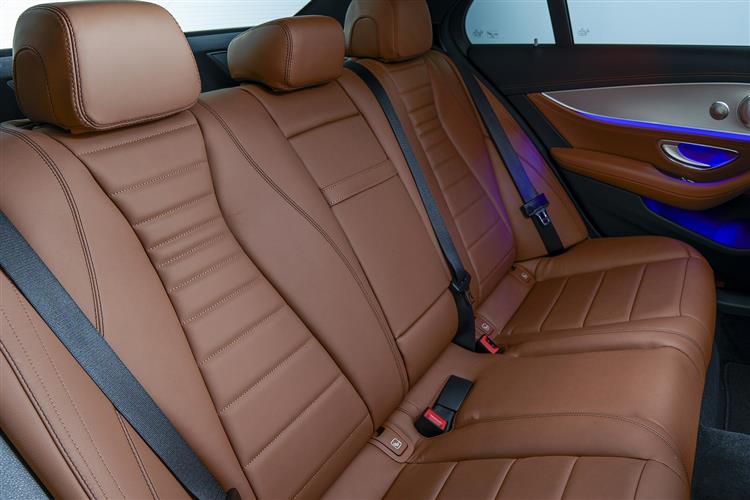 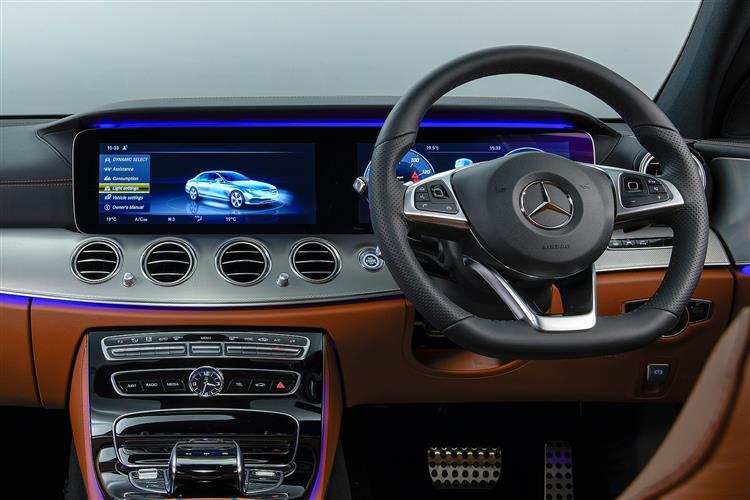 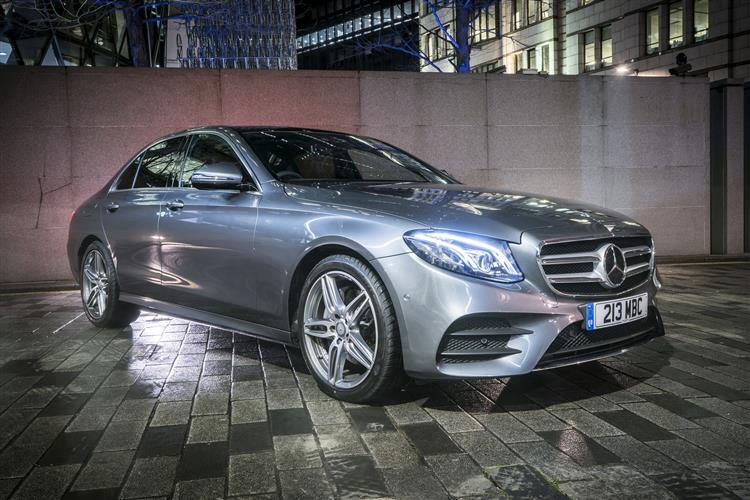 The Mercedes-Benz E-Class has a reputation for buttoned-down efficiency. It's one that has been continued by this vastly improved tenth generation version launched in 2016, which retains a sensible side but dials up the desirability, aiming to offer a smarter, more prestigious approach to Executive class motoring than its closest German rivals. It does so with efficient engines, astonishing technology and comfort that makes you question the need for a larger luxury saloon.

No car epitomises what Mercedes-Benz stands for better than this one - the E-Class. We've known it by that name since 1986 but the history of this model actually dates all the way back to 1953 and the introduction of the original 'W120' series design, widely regarded as the brand's first truly modern motor car. And this model has remained truly modern throughout the many generations since, pioneering everything from safety passenger cell technology to turbodiesel engines, innovation that continues here in this much improved MK10 version. This time round, there's more stylish design, extra technology, even more safety provision and, most crucially, some all-new - and very efficient - diesel engines. Is it all enough to frighten rivals as good as BMW's 5 Series, Audi's A6 and the Jaguar XF? Let's find out.

Some full-sized Executive saloons claim to be sporty: BMW's 5 Series, Jaguar's XF. Others, like this one, simply don't feel the need to try that hard - unless an AMG V8 happens to beat beneath the bonnet. There's a base 184hp E200 petrol variant if you want it but almost all E-Class buyers select a diesel, probably the four cylinder 2.0-litre 194hp biturbo unit you'll find in the E220d most customers are going to choose. The gearbox it comes mated to is a nine-speed 9G-Tronic auto. Rest to 62mph here occupies 7.3s and there's the option of 4MATIC 4WD if you want it. Those in search of more diesel performance are offered a 3.0-litre six cylinder unit in the E400d putting out 340hp and capable of rest to 62mph in 4.9s. E400d variants come only with 4MATIC 4WD. There are also a couple of 'EQ Power' Plug-in hybrids, both of which mate a 2.0-litre combustion engine with a 122hp electric motor - namely the E300 de diesel derivative and the E300e petrol variant. Further up the range, there are various Mercedes-AMG petrol performance variants. The E 53 4MATIC+ derivative uses a 3.0-litre biturbo inline six cylinder engine featuring the brand's latest EQ boost technology and putting out 435hp. Beyond that, there's the 4.0-litre V8 E 63 4MATIC+ models. Even on mainstream E-Class models, handling should be sharper than you might expect, thanks to various 'Direct Control' suspension systems with selective damping. There's also the option of an 'Air Body Control multi-chamber air suspension' set-up offering the kind of pillowy ride that previously, you could only find on a larger Mercedes S-Class-sized Luxury saloon. A 'Dynamic Select' switch in the cockpit enables the driver to select from four 'Air Body Control' modes: 'Comfort', 'ECO', 'Sport' and 'Sport+'. The additional 'Individual' option allows drivers to configure their vehicle to suit their own preferences.

This tenth generation E-Class is slightly larger than its predecessor, its wheelbase having grown by 65mm and its overall length by 43mm. In design, it displays hallmark Mercedes-Benz saloon proportions, the elongated bonnet coupled with a coupe-esque roof that flows into a sensual, broad-shouldered tail. The silhouette is characterised by short overhangs, a long wheelbase, large wheels and taut well-defined flanks displaying a more dynamic feature line. At the rear end, broad shoulders above the rear wheel arches lend the E-Class a more powerful character. As usual, there's the option of an estate variant for those wanting it, this derivative offering a huge 1,820-litre boot. Inside, the centre of the dash is dominated as usual in this class of car by a colour infotainment display but this one's bigger than normal, 12.3-inches in size, and available in two sophisticated forms. In addition, touch-sensitive control buttons on the steering wheel make their first appearance in a car. Like a smartphone interface, they respond precisely to horizontal and vertical swiping movements, allowing the driver to control the entire infotainment system using finger swipes without having to take their hands off the steering wheel. Further controls for the infotainment system are provided in the shape of a touchpad with controller in the centre console, which can even recognise handwriting, and the Linguatronic voice control system. There are also direct-access buttons for controlling functions such as the air-conditioning system or for convenient activation and deactivation of certain driver assistance systems. Plus of course it all feels suitably premium, with leather-covered doors and subtle ambient lighting. High-quality materials include open-pore woods, wood with what Mercedes calls 'a yachting look' and a novel metal fabric.

Prices start at around £38,000 for either the E200 petrol version or the 2.0-litre biturbo E220d diesel variant that model customers will choose; that's based on entry-level 'SE' trim. There's a premium of around £2,500 necessary if you want to upgrade to sportier-looking 'AMG Line' spec. If you want the pokier 3.0-litre E400d 4MATIC+ diesel variant, you're looking at a starting price of around £55,000 for the only 'AMG Line' trimmed variant on offer. The two Plug-in hybrid derivatives are priced at around £48,000. Across the range, the standard specification is as complete as you'd have a right to expect for the prices being asked. All models feature a Garmin Map Pilot navigation system with a 8.4-inch display, Parktronic parking sensors with a reversing camera and a Park Pilot self-parking system. There's also leather upholstery with heated front seats, LED headlights and taillights, 64-colour selectable LED interior lighting, two-zone automatic climate control, a three-spoke multifunction steering wheel with dual touchpads, electrically folding mirrors and 17-inch wheels (or 18-inchers on the E400d). The 'AMG Line' models come with AMG exterior styling including unique bumpers and side skirts, larger 19-inch alloy wheels, perforated front brake discs, a three-spoke AMG steering wheel and Artico leather and Dynamica microfiber upholstery with a seat comfort package. The E400d model comes with Air Body Control multi-chamber air suspension as standard, as well as COMAND satellite navigation with 12.3-inch display and remote online services. Safety-wise, there's a 'Collision Prevention Assist Plus' autonomous emergency braking system, plus a 'Pre-Safe' anticipatory safety system (including 'Pre-Safe Sound', which helps prevent damage to hearing).

For a car that performs as broad a remit as the E-Class, encompassing everything from German domestic market taxi fleets to family transport, company cars and all points in between, there's a pressing requirement for the car to turn in some great efficiency measures. To that end, Mercedes has worked hard to improve running costs this time round. Let's look at the WLTP-rated figures. The efficient 2.0-litre biturbo diesel engine in the volume E220d model manages 43.5-51.4mpg on the combined cycle and up to 122g/km of CO2. If you go for the six cylinder E400d diesel, the saloon version of that variant manages 42.8-37.7mpg and up to 157g/km - not bad for a 4WD high performance diesel full-suzed executive model. The Plug-in versions will really help your tax return; the E300 de offers an official CO2 reading of just 41g/km. And otherwise? Well this model series is designed for the long haul. There's plenty of proof of that: Greek taxi driver Gregorios Sachinidis clocked up 2.9 million miles in his 1976 240D and though build quality took a bit of a dip with the W120 series range we had between 1995 and 2003, it's now better than ever with this tenth generation version. This car will easily out-last you, one reason why all-important residual values have traditionally been strong with diesel and lower-order petrol engines. Unless you do something silly like specify an overly bright colour scheme, you can expect to get over 60% of your initial purchase price back after three years.

The Mercedes E-Class puts in an impressive performance. Beforehand it felt like quite an expensive car. Now it feels like one that's pricey but which offers a compelling value proposition. It drives with genuine polish, yet is capable of stepping from cruiser to carouser without breaking a sweat. Operating the car is relatively easy, and you rarely feel as if it's imposing its will on you, unlike certain rivals we could mention. The abiding impression is that this is a very carefully considered vehicle, developed by a company steeped in a proud engineering tradition. The latest changes future-proof the E-Class' emissions a little against the constant assault from its key rivals. Perhaps the most interesting thing about this tenth generation model though, is the fact that its appeal has broadened so far. It was once hard to see anybody under the age of fifty contemplating an E-Class. A more dynamic image and a focus on sharper design and driving dynamics has seen that demographic become younger. What's more, all this has been achieved diluting this design's Stuttgart DNA - and without alienating its legacy market. That is the mark of a very special car.

Fill out the simple form below to get a quote for this MERCEDES-BENZ E CLASS DIESEL SALOON lease.