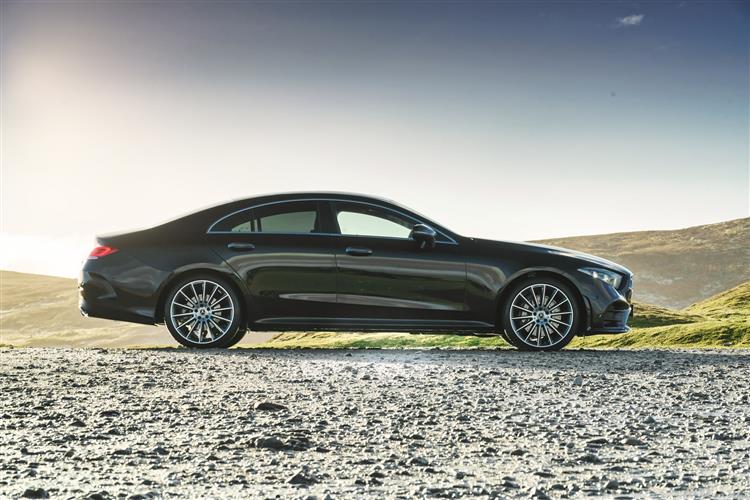 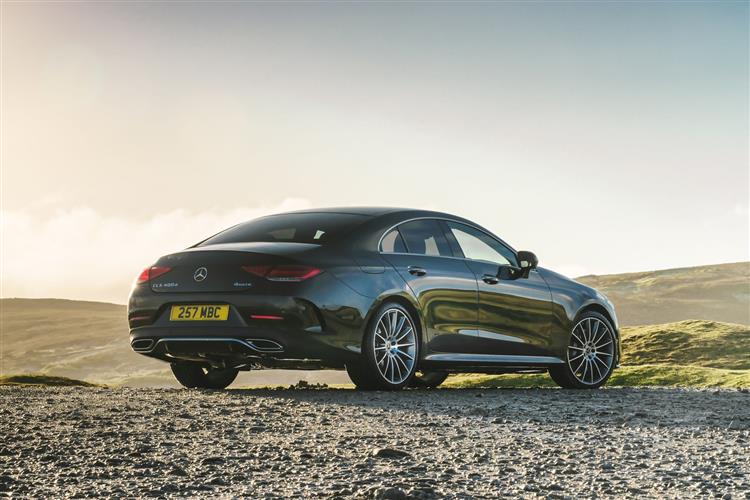 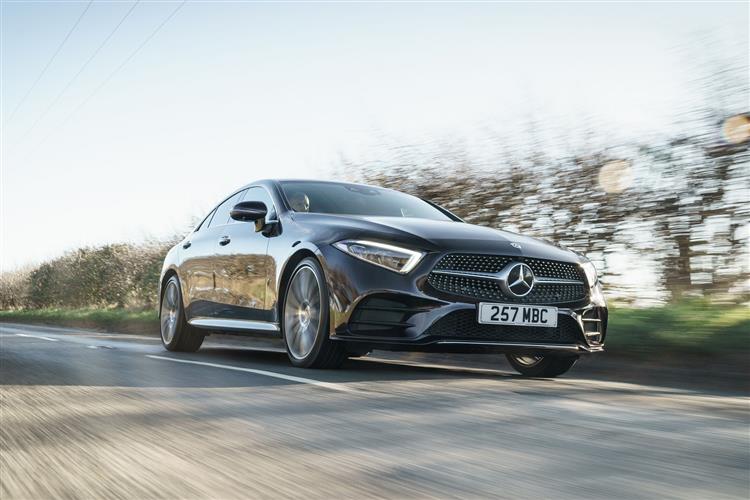 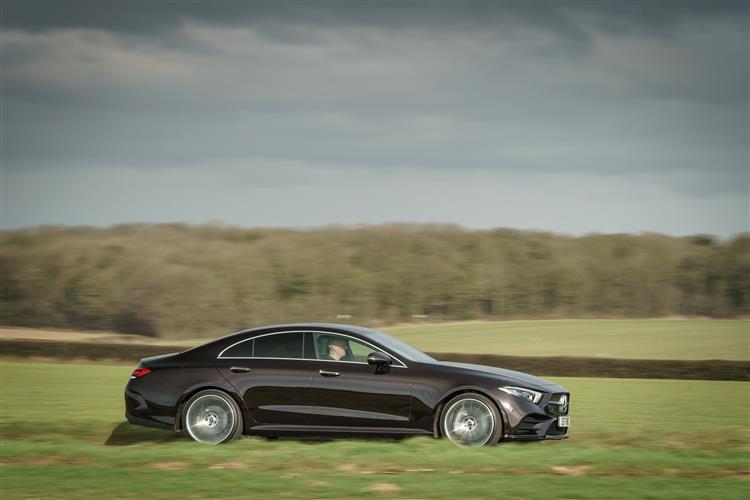 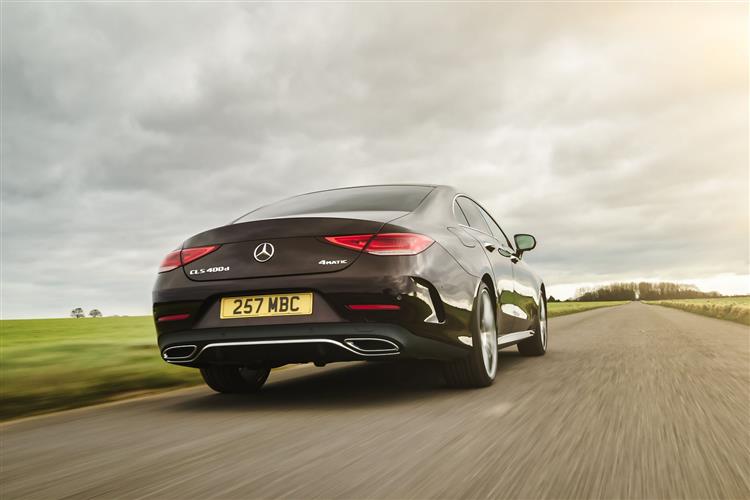 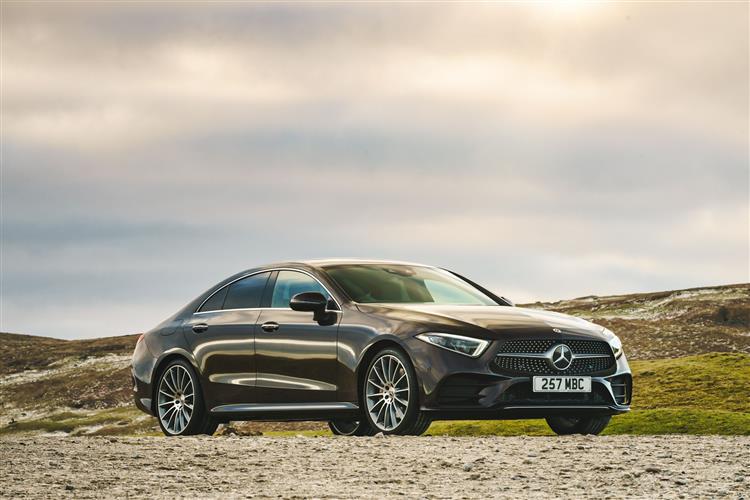 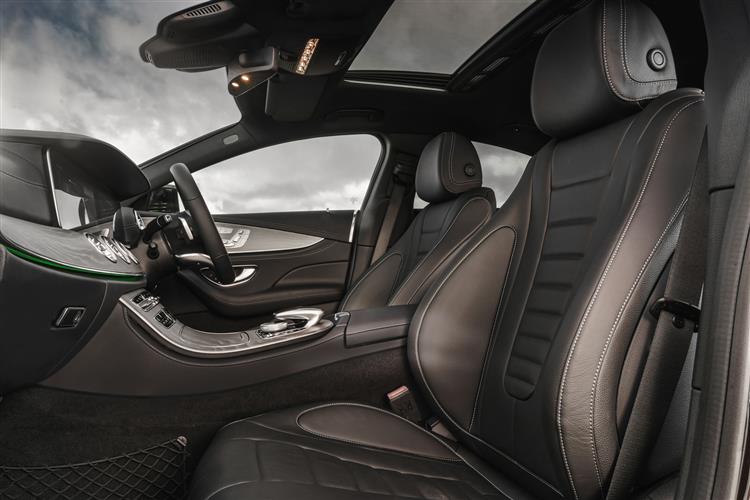 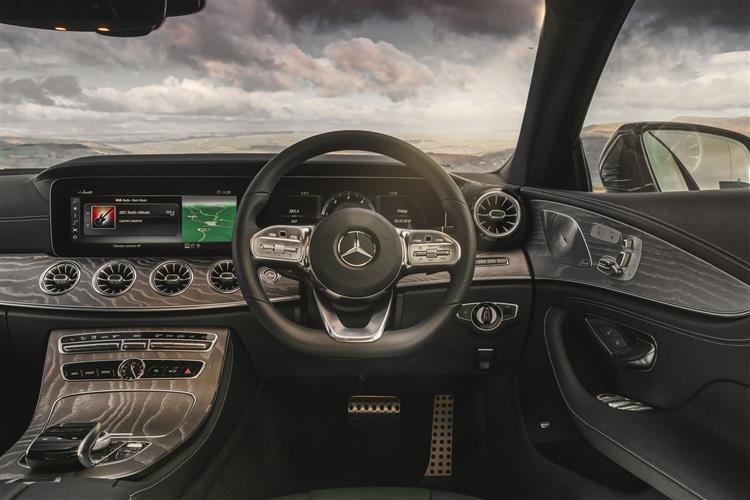 The Mercedes CLS was the original 'Gran Turismo'-style four-door coupe model in the full-sized Executive segment and its always been the only choice if you only want four doors in a model of this sort. This third generation version reprises much of the style of the original and showcases the brand's most cutting-edge engine technology.

There are some cars that don't need to try very hard to justify their place in the overall scheme of things. Other rivals might do things better when you examine the numbers, but this rare cadre of vehicles thrive merely because they're beautiful things to own. On the face of it, there's nothing a Mercedes-Benz CLS does that's significantly superior to a garden-variety E-Class, but just look at the thing. It's a car most would love to own. The first generation CLS appeared in 2003 and lasted for eight years, pioneering the 'Gran Turismo' part of the executive segment later taken up by five-door rivals like the Audi A7 Sportback and the BMW 5 Series GT. The second generation CLS model launched in 2011 didn't look quite as extreme, but was better in virtually every other regard. The pace of development at Mercedes is utterly breathtaking and many of the systems developed for the latest C, E and S-Class models now find their way into this MK3 model CLS-Class line up.

As expected, both the 350d and 400d CLS models both come with the new in-line six-cylinder diesel engine that Mercedes first launched in the revised S-Class saloon. It produces 286bhp and 600Nm of pulling power in the 350d and 340bhp and 700Nm of torque in the 400d. The 350d variant can sprint from rest to 62 mph in 5.7 seconds, while the 400d takes five seconds. Both have an electronically limited top speed of 155mph. The CLS 350 features a four cylinder petrol unit putting out 299hp and 400Nm using the brand's clever EQ Boost technology, consisting of a 48 volt inline starter generator. Next up is the CLS 450, which uses a six cylinder engine, this one a 3.0-litre in-line biturbo petrol unit also with EQ boost. It has an output of 367bhp and 500Nm of torque, with an extra 250Nm and 22bhp available thanks to the EQ system. It can travel from standstill to 62mph in 4.8 seconds and has a top speed of 155mph. 4MATIC all-wheel-drive comes as standard across the range. Plus you can have 'AIR BODY CONTROL' air suspension. More technology is provided by the optional autonomous driving set-up that when activated, allows the car to pretty much drive itself, working with the adaptive cruise control and active steering systems to keep this CLS rolling in its chosen lane at any chosen speed up to 130mph.

There was a certain delicacy to the styling of the first CLS. It was almost as if a basic shape was decided on early in the design process and then all the details and extraneous gewgaws were pared back. Less really was more. The second generation model decided that more was, after all, more. The styling was busier with a more muscular bulge to its wheel arches and a front end that was more pit bull than its slightly feline predecessor. This MK3 model is classier and more desirable, its character marked by a forward-slanting front section and a grille contour that widens towards the base. Other features include wide, low-set headlamps and two-section tail lights. At first glance, you'll take in the arching waistline, the flat side window lines and low roofline, all contributing to a Cd value of 0.26 that's positive proof of this design's sleek aerodynamics. Inside, it feels more spacious than the previous model and, as with the latest E-Class and -Class models, the brand delivers a 'widescreen cockpit' design that sees two 12.3inch displays arranged beneath a shared, continuous glass cover. Move to the back and you'll find that this CLS Coupe is a five-seater for the first time. When required the backrests can be folded down in a 40/20/40 ratio, expanding the generous 520litre luggage compartment.

Prices start from around £57,500 for the entry-level CLS 350d 4MATIC 'AMG Line' variant. The CLS 400d 4MATIC 'AMG Line' derivative is priced from around £60,500, while the petrol-powered CLS 450 4MATIC 'AMG Line' costs just over £57,500. 'AMG Line' is the only trim level available and comes with comprehensive standard equipment including 19-inch alloy wheels, a parking package including a reversing camera, full leather upholstery and 40:20:40 split folding rear seats. Up-front, there's a 12.3-inch infotainment screen with 'Audio 20' multimedia monitor and a fully digitalised 12.3-inch cockpit display. Plus you get ambient lighting with a choice of 64 colours, Agility Control suspension and of course a DAB radio. Most buyers will probably go for the 'Premium Plus' equipment line for just under £4,000 more that gives you keyless entry, a seat memory package including electrically adjustable front seats and steering wheel, a Burmester surround sound system, a 360?? camera, the 'Comand Online' infotainment system and an electric sliding sunroof. A 'Driving Assistance Plus' package is optionally available for around £1,700 if you want the elements of semi-autonomous driving that Mercedes can now offer. That includes route-based speed adaptation - meaning the vehicle can detect upcoming junctions and roundabouts and adjust its speed accordingly.

The CLS has often been chosen by those looking for a sleek and powerful-looking car that won't break the bank to run. The reason why? You can get some very economical diesels and these days the CLS 350d offers the best economy of any CLS model to date. Compare it to the original MK2 model CLS 320 CDI and it's a bit of a revelation. Where the original CLS diesel returned 37mpg on the combined cycle and emitted 200g/km, this one nets you 48.7mpg (combined) and emits 156g/km of CO2. The 400d CLS variant delivers 47.9mpg and emits 156g/km of CO2. Even the 367bhp CLS 450 petrol model returns a creditable 36.2mpg, with emissions rated at a modest 184g/km. The desirability of the CLS helps it perform strongly on the used market and the diesel-engined cars are the most sought after. Comparatively rare cars with evocative styling rarely fall out of bed by the time owners come to sell them on and this is no exception. Servicing is not cheap however and the car's coupe status hardly encourages generosity from the insurance industry.

There wasn't much wrong with the previous second generation CLS, so not too much needed to be done to fix this MK3 model. The introduction of class leadingly-efficient six cylinder engines represents the key change. That and styling that rests a good deal easier on the eye than it did before. Ultimately then, this is for self-made business people an appropriate reward for a lifetime's endeavour - and a very complete car indeed, provided you can afford its significant price tag. Once upon a time, people like this could admire a Mercedes, aspire to ownership, or respect what it did but they rarely formed an emotional bond with one. But then the CLS arrived and changed all that. As it still does.

Fill out the simple form below to get a quote for this MERCEDES-BENZ CLS DIESEL COUPE lease.