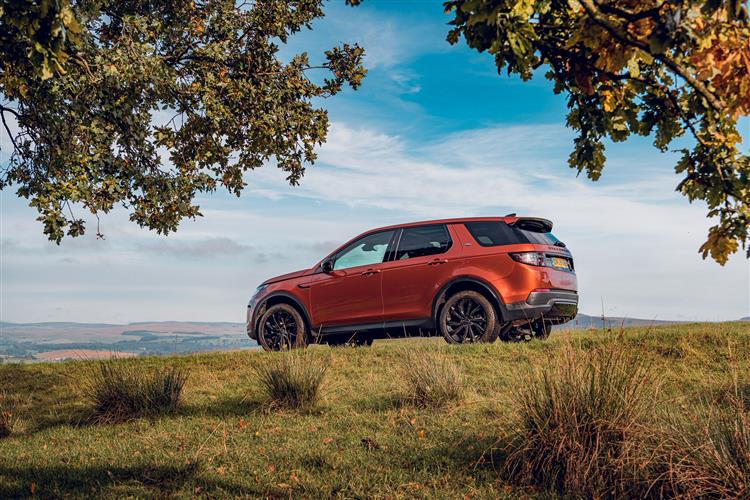 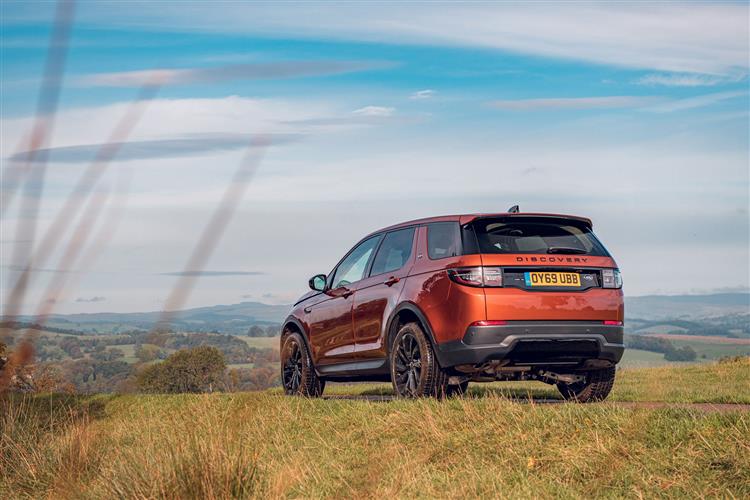 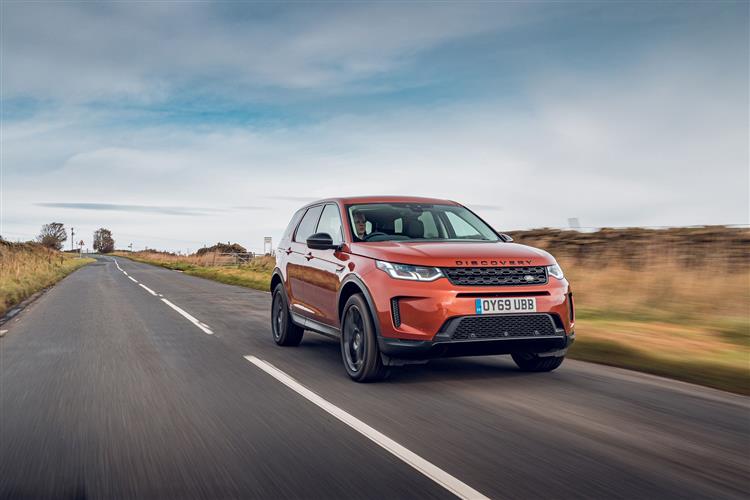 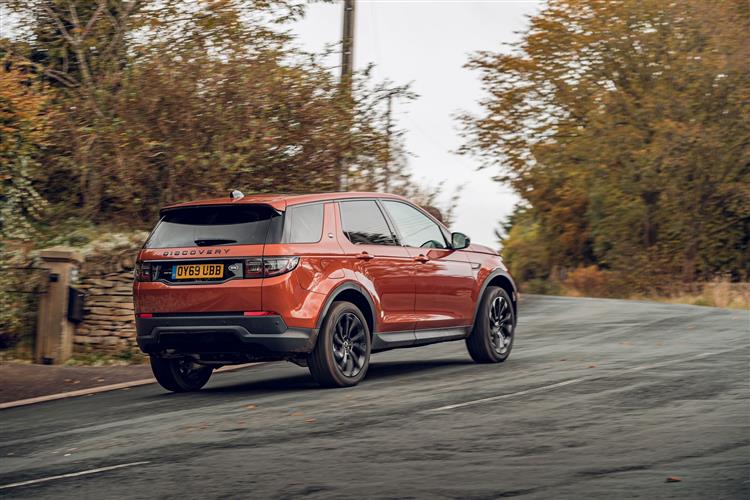 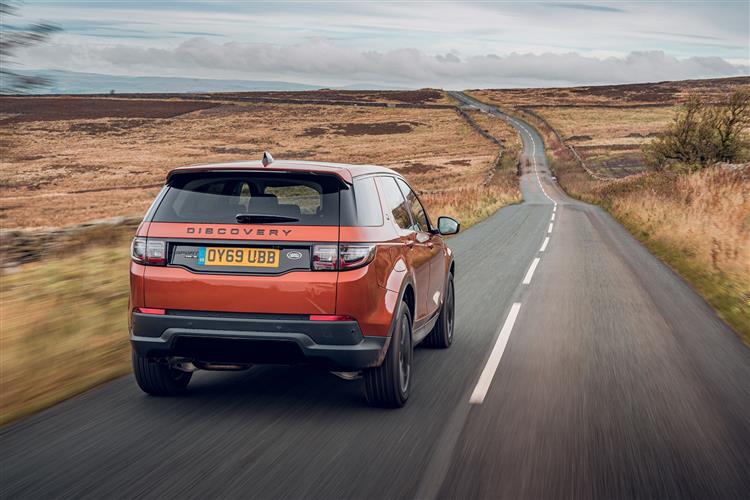 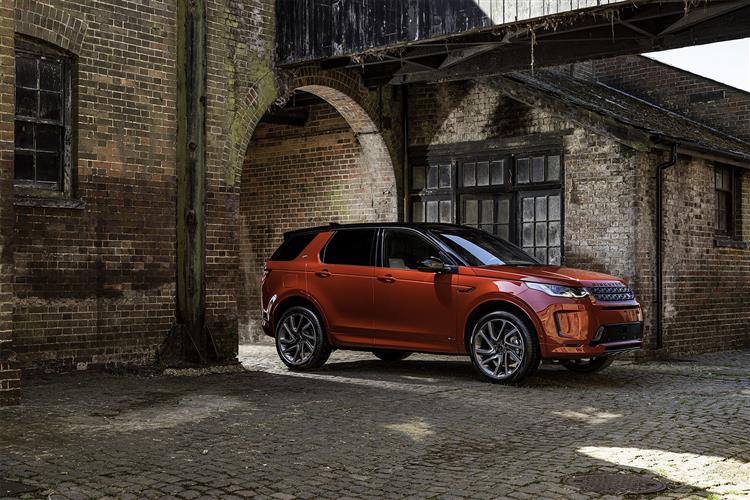 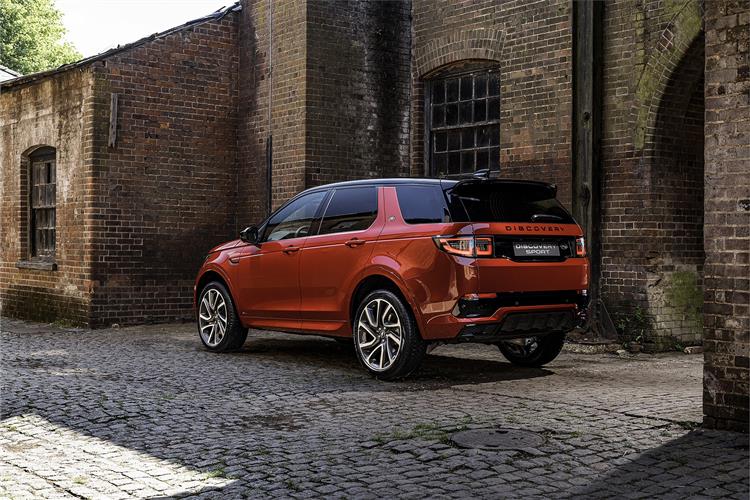 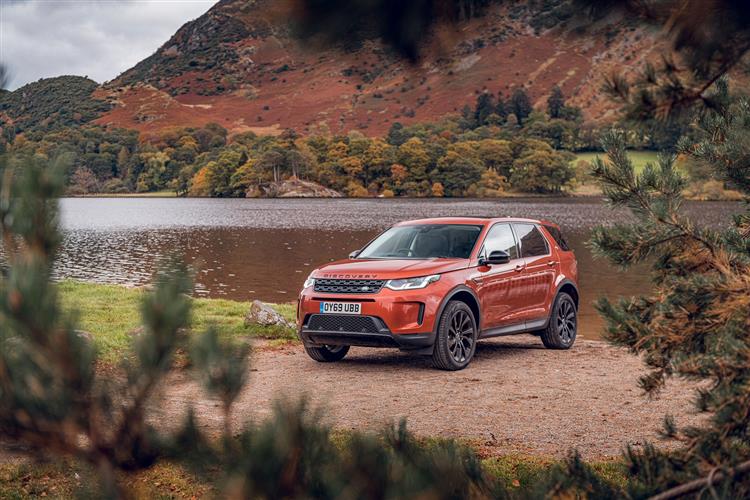 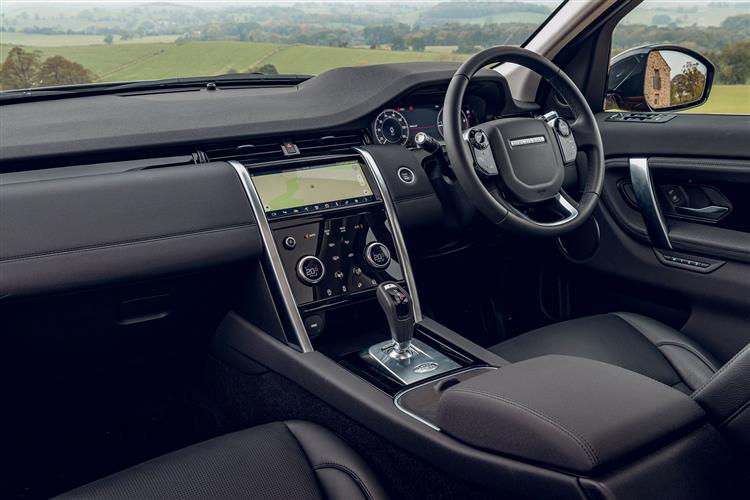 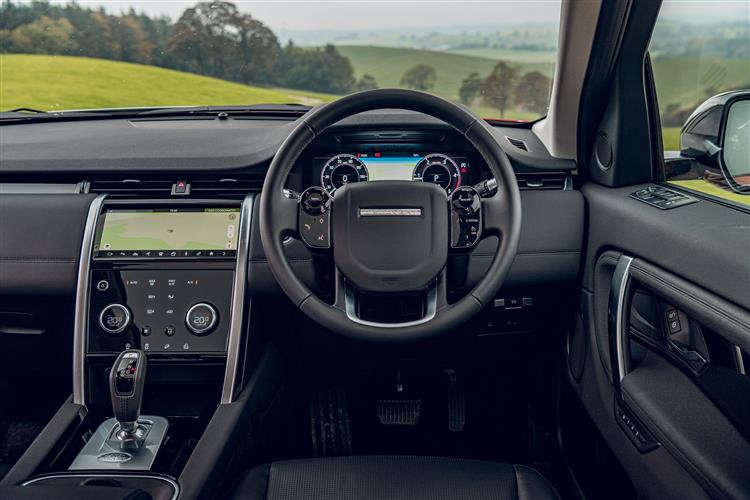 Land Rover's Discovery Sport was a big success in its original form, with almost 100,000 examples sold in the UK alone. But competitors in the SUV 'D'-segment for 7-seat family Crossovers have caught up. Hence the need for this revised model. It's still the class of the field if you ever need to go off road. But now it pleases more in many other ways too.

You hesitate to think of where Land Rover might be now without the Discovery Sport. It's one of the key models that's kept JLR going over the last five years and in the current climate, this car needs to pull its weight in the showroom more than ever. Which is a big ask, given that since the original launch in 2014, direct rivals like Volkswagen's Tiguan Allspace, Peugeot's 5008, SEAT's Tarraco and a new more up-market version of Hyundai's Santa Fe have all arrived to deliver an alternative to what the Discovery Sport can offer. So Land Rover has set out to take the lead once more in this class, primarily with a fresh range of electrified engines. But also with a smarter cabin, extra technology and stronger standards of safety.

This car might look the same but under the skin, it's actually a lot different thanks to the adoption of what Land Rover calls 'Premium Transverse Architecture'. This not only makes the body stronger and safer but has also allowed the brand to fit a sophisticated range of 'MHEV' mild hybrid engines, plus there's now a Plug-in hybrid option too. Basically, the same powerplant options already offered in the Range Rover Evoque. These 48-volt units use energy recouped during braking to reduce load on the powerplant under acceleration, while letting the engine cut out from deceleration below 11mph and give near-instantaneous restarts as needed. Mind you, the engine that most customers choose, the base D150 diesel, doesn't feature anything electrified, which is a pity. This base model can only be had either in front-driven manual five-seat form. Or in AWD automatic seven-seat guise. Further up the range, all the engines feature the MHEV tech and have to have AWD and an automatic gearbox. There are D180 and D240 diesel options, the figures designating the hp output. And there are two petrol options, the P200 and the P250. You can also talk to your dealer about a Plug-in PHEV variant, which pairs an electric motor with a three cylinder petrol engine. Whatever engine suits, you'll find this car's class-leading towing and off road ability as good as ever. It can tow up to 2.5-tonnes. And 'off piste' prowess is enhanced thanks to an improved 'Terrain Response 2' system that automatically detects the surface you're driving over and adjusts torque delivery to best suit the conditions.

At first glance, this improved Discovery Sport looks little different to the original model. If you take a second look though and you happen to be familiar with this car, the changes will become more obvious. Trademark Discovery design cues, including the clamshell bonnet, rising beltline and tapered roof remain, but the detail features have changed. For instance, there are re-styled signature LED headlamps at the front and rear, alongside an updated front grille and bumpers. Inside, the standardisation of Land Rover's digital Touch Pro infotainment system and the introduction of more premium materials throughout makes a big difference. All the seats have been completely re-designed for improved comfort and versatility. And the second row bench gets 40:20:40 split fold and slide functionality, enabling a more flexible seating arrangement with up to 24 possible combinations. The brand says there's more luggage space too; with all the seats folded, there's now 1,794-litres of capacity. That's up from 1,698-litres previously. As before, the third row seats are strictly for small children only. But we like the way that the second row bench has been raised 5cms higher than the front chairs to give occupants a better view out.

In theory, Discovery Sport pricing starts from around £31,500. But that figure only gets you a base D150 diesel version lacking three things that most Disco Sport customers want, namely seven seats, automatic transmission and AWD. If you want all those things on a base D150, you're looking at a starting price of around £36,500 - quite a lot different. Add a premium of nearly £4,000 to that if you want the mid-range D180 diesel; or around £6,000 more if you want the top D240 diesel. Those two faster diesel engines feature Land Rover's MHEV mild hybrid 48-valve technology. As do both of the green pump-fuelled engines. More Discovery Sport buyers will be wanting petrol power this time around and all petrol models get seven seats, AWD and auto transmission. The P200 variant starts from around £37,000, but you'll need upwards of around £41,500 for the top P250 derivative. Various trim levels are offered across the line-up - base 'Discovery Sport', then 'S', 'SE' and 'HSE', plus there's an 'R-Dynamic' option if you want something that looks a bit sportier. Various nice touches have been added to the range for you to specify. We'd take a look at the brand's 'Ground View' technology. This uses camera imagery that offers a virtual 180-degree view beneath the vehicle, projected on to the centre-dash touchscreen. You can also now add in a wireless 'phone charger and create a 4G WiFi hotspot.

The D150 diesel variant that most buyers will choose manages a WLTP-rated combined cycle fuel return of up to 47.8mpg and an NEDC-rated CO2 reading of 140g/km. That's in front-driven manual form. If you go for the auto AWD powertrain you have to have if you want seven seats, those figures fall to a max of 40.0mpg and 147g/km. Check out the perkier D180 and D240 variants and you'll find that thanks to the addition of 48-volt mild hybrid technology with this faster engines, the running cost returns aren't that much different. The D180 manages up to 39.6mpg and 150g/km, while the D240 manages up to 38.8mpg and 168g/km. As mentioned elsewhere in this report, the petrol units benefit from MHEV too and that makes them a far more credible option when it comes to running costs than would previously have been the case. The P200 variant manages up to 30.32mpg on the WLTP combined cycle and 179g/km of NEDC-rated CO2 emissions. While the P250 manages up to 29.9mpg and 182g/km. With all the AWD petrol and diesel models, a more sophisticated 'Active Driveline' system ensures that you spend more time in efficient two wheel drive when extra traction isn't needed. Residuals should be reasonably strong; certainly better than the volume brand alternatives in this segment.

In theory, there are lots of competitors for this car. But loyal Disco Sport buyers don't tend to consider them. Thant's partly because 'D'-segment SUV 7-seat rivals from Volkswagen, Peugeot, SEAT, Hyundai and Kia don't have Land Rover's brand equity. Partly because they can't tow as effectively. And partly because they can't hold a candle to this car off road. There were issues with the original version of this car though, primarily in the way that it's fuel and CO2 emissions lagged behind the opposition. So the adoption of mild hybrid 48-volt tech in this revised model is welcome. Rivals are still more frugal, but Land Rover has closed the gap. The cabin improvements and the extra technology features will help this car in the showroom too. If you wanted one of these before, you'll want it even more now. And if you didn't, it might be worth taking another look. 'Above and beyond' was the objective in re-developing this model. In considering the end result, you'd have to say that mission's been accomplished.

Fill out the simple form below to get a quote for this LAND ROVER DISCOVERY SPORT DIESEL SW lease.