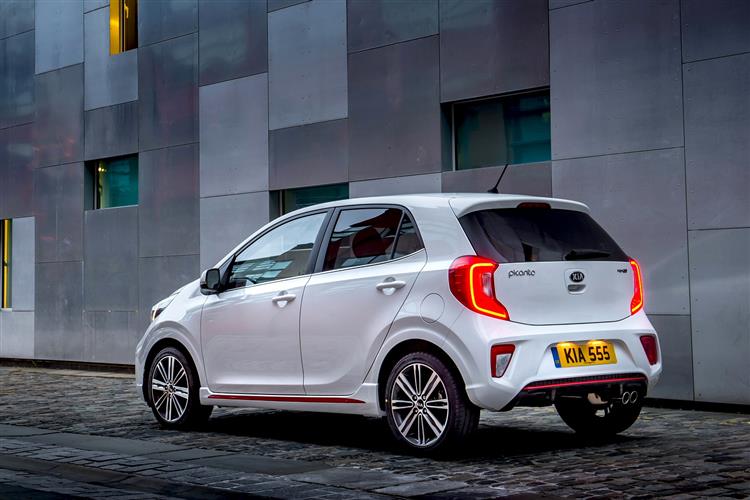 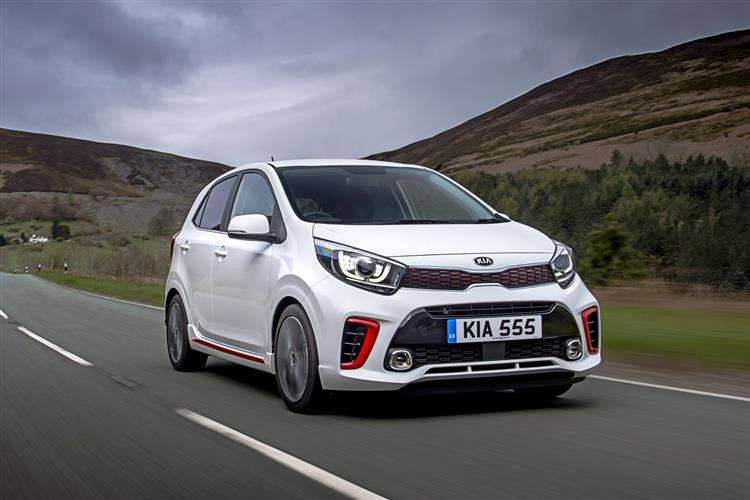 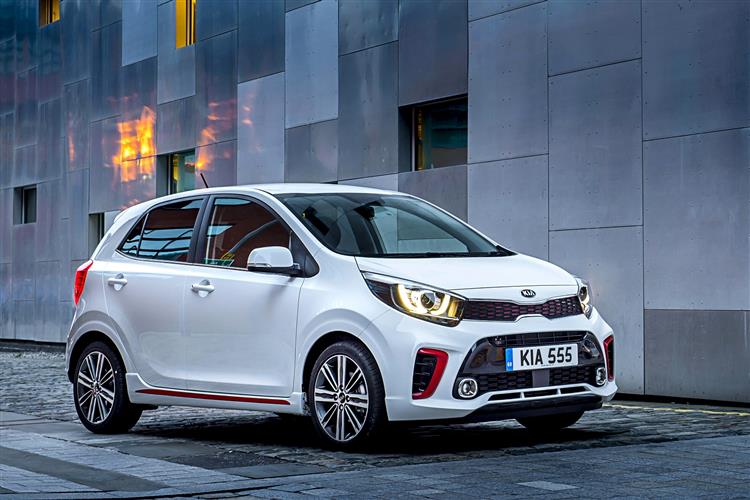 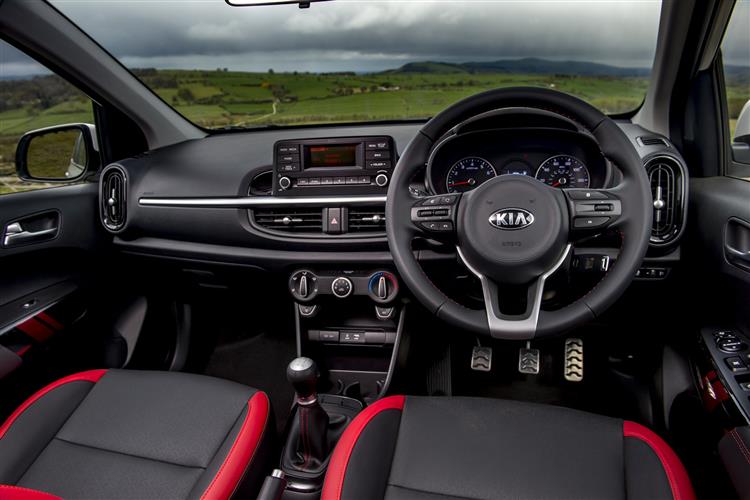 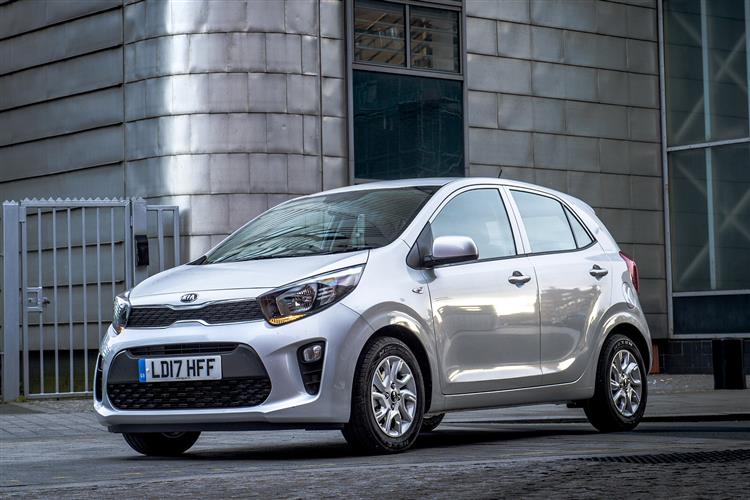 In third generation form, Kia's Picanto is a little citycar that's big in importance for its Korean maker. Stylish, frugal and practical, it may just redefine the way many people think about this smallest category of car.

Here's how we used to understand small car categorisation and the difference between Fiesta-sized superminis and their smaller, cheaper citycar counterparts. You paid extra for a supermini because it was slightly bigger, because it was better finished and more stylish and because it had more refined engines that made possible longer journeys. So where does that kind of thinking leave us with a product like this, the third generation Kia Picanto? It competes with the kinds of models we'd see as citycars, yet like many of them now, it boasts the kind of interior space a supposedly bigger Fiesta or a Corsa had until quite recently. It's very nicely built and acceptably stylish. And yes, it's quite at home attempting longer journeys. Here is the citycar, all grown-up. Where that leaves today's supermini sector is something we don't have to worry about here. Suffice it to say that most of what you'd pay up to £15,000 or more for in that class of car is delivered by this Kia. Other urban runabouts that have previously advanced that argument have either been expensive and/or three-door only, like say a Fiat 500, or have felt too cheap and noisy to really justify themselves as only-car transport, like a Suzuki Celerio or, I suppose, a Hyundai i10. I mention the Hyundai because that essentially is what this Picanto is underneath. Kia has used the underpinnings from this best-selling design, then refined them, improved the build quality and added a sharp new suit of clothes on top. On paper, a pretty effective route to creating a class-leading contender. Let's see if it's worked.

Underpinning this Picanto's quicker, more responsive steering is a range of highly efficient small-capacity petrol engines. Three units will be available to buyers. The 1.0-litre 66bhp and 1.25-litre 83bhp naturally-aspirated multi-point injection (MPI) engines have been carried over from the previous model, with a range of enhancements to improve efficiency and driveability. More interesting is the news that at the top of the range, Kia is introducing the pokier and more efficient 1.0-litre T-GDI (turbocharged gasoline direct injection) 99bhp power unit borrowed from the larger Rio supermini. All engines are paired with a five-speed manual transmission, delivering power to the front wheels. The 1.25-litre MPI engine is also available with a four-speed automatic transmission. On the move, buyers familiar with the previous model should find that refinement is much improved thanks to a range of modifications designed to isolate the cabin from vibrations and noise from the road, wind and the engine. The result is a car that Kia says offers the quietest cabin of any A-segment model, both at idle and at a steady cruise. As for handling, well modifications to the suspension are said to deliver greater ride stability and quicker, more enjoyable dynamic responses. The Picanto's revised dimensions also enable the pitch centre of the car to be placed further towards the rear, helping to naturally reduce 'nose dive' under braking without firming up the suspension and potentially compromising ride comfort.

This third generation Picanto has a more assertive stance with bolder body lines. It's bigger too, with a 15mm wheelbase increase, though this MK3 model is no longer than the previous version. This time round, there's a single five-door bodystyle and strong, straight lines run horizontally across the front of the car, emphasising the 'tiger-nose' grille and angular wrap-around headlights. Vertical lines that encompass the side intakes and lower grille enhance the Picanto's more confident new 'face'. The model also adopts Kia's wide C-pillar as a design motif, which stands more upright than that of the previous car. Inside, Kia designers have created a more modern, refined cabin than the second-generation model, with classier materials and a smarter layout. The dashboard is now more centrally aligned, with a large 7.0-inch 'floating' touchscreen sitting at the heart of the centre console and moving many of the car's controls further up into the driver's line of sight. The interior certainly feels more spacious, the base of the dashboard having been moved upwards by 15mm for greater knee and leg space for front passengers. At the back, buyers get a choice of a bench offering either four or five seats. And behind that, there's a 255-litre boot that's class-leadingly big for a citycar.

Pricing to be pretty similar to what went before, which means a Picanto range priced in the £9,500 to £14,000 bracket. There are four mainstream trim levels - '1', '2', '3', 'GT-Line' and 'GT-Line S'. Plus there's also an 'X-Line' variant with SUV styling cues. If within that range, you can stretch to a plusher model, you'll get yourself a citycar fitted out with some of the most advanced infotainment and convenience technologies available in the A-segment. Primarily, we're referring to the large, 'floating' 7.0-inch touchscreen at the centre of the dashboard which houses a navigation system with 3D mapping and is available with Apple CarPlay and Android Auto for full smartphone integration. A rear-view parking camera with dynamic guidelines is also on offer to buyers who want an additional level of assurance when completing parking manoeuvres. An optional wireless smartphone charger and USB port, located at the base of the centre console, ensures that drivers can keep mobile devices charged on the move. As for safety, well Kia says that this is the safest A-segment car it has ever made, featuring double the proportion of Advanced High Strength Steel compared to the outgoing model and a selection of active safety technologies. The stronger, lighter body is supported by six standard airbags (front, front side and curtain airbags), and an optional knee airbag, as well as a range of active safety features. These include standard Vehicle Stability Management (VSM) with Electronic Stability Control (ESC) to ensure stability under braking and cornering. In addition, this Picanto is available with Autonomous Emergency Braking (AEB).

No car in this class has a sniff of a chance unless it can guarantee tiny day to day running costs and the Picanto tries hard to answer that particular call. Its efficiency potential is slightly restrictyed by the fact that the volume normally aspirated variants don't get the brand's 'ISG' engine stop/start system. Even the base 66bhp 1.0-litre unit still manages 64.2mpg on the combined cycle, with CO2 emissions of 101g/km. If you go for the 1.25-litre engine, the figures are 61.4mg and 106g/km, falling to 52.3mpg and 124g/km if you go for this engine with auto transmission. With the 1.0 T-GDI turbo variant, around 65mpg should be possible, along with a sub-100g/km CO2 figure. Couple the titchy fuel bills with free road tax and cheap insurance and you have a car that makes all kinds of sense for city drivers. It's exactly because it stacks up so well on the balance sheet that residual values look set to be very healthy. The much-trumpeted 7 year / 100,000 warranty helps in that regard since it's transferrable to future owners. However, it is worth pointing out that the 'bumper to bumper' complete car warranty is only five years, with the extra two years of cover being restricted to the engine and gearbox. If the car is sold through a Kia Used Approved Dealership when less than 18 months old or with less than 18,000 miles on the clock, the warranty will be topped up to match that of a new model.

It's not uncommon to assess a vehicle and wonder why it has been launched. Some manufacturers get their product design cycles out of phase with economic conditions, while others launch into a once fashionable market that's gone cold. Then there are those that arrive plum square with the right product at the right time and the Picanto is most definitely one of the latter. It doesn't do anything that's particularly fresh or radical but its blend of affordability coupled with solid engineering, impressive build quality, generous equipment and clean styling build upon its tiny ongoing running costs to form a convincing buying proposition. Back that up with a great warranty and the Kia Picanto emerges as one of the very best citycars we've seen in quite some time.

Fill out the simple form below to get a quote for this KIA PICANTO HATCHBACK lease.