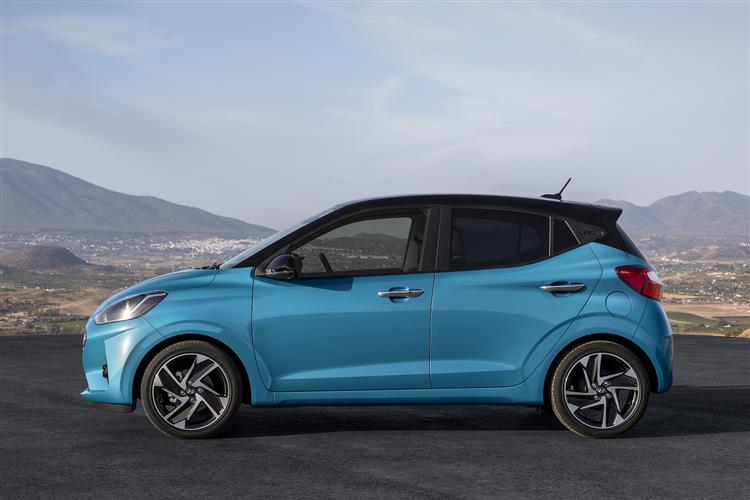 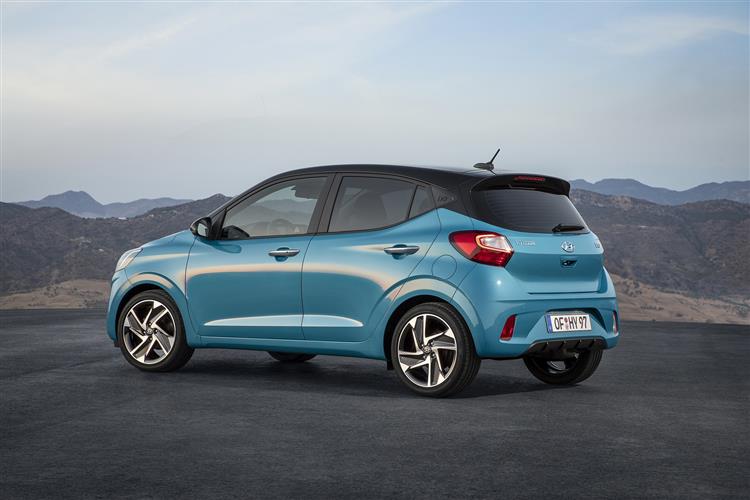 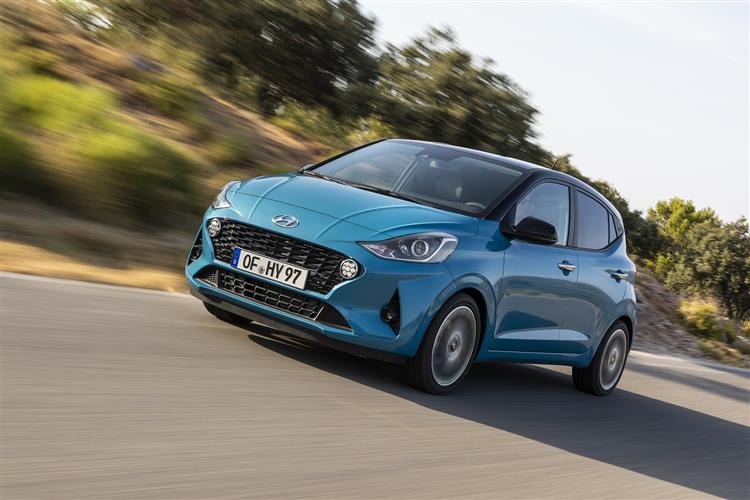 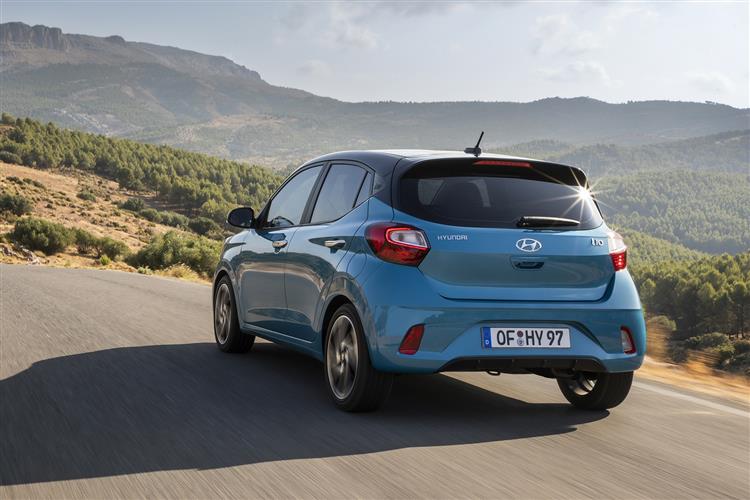 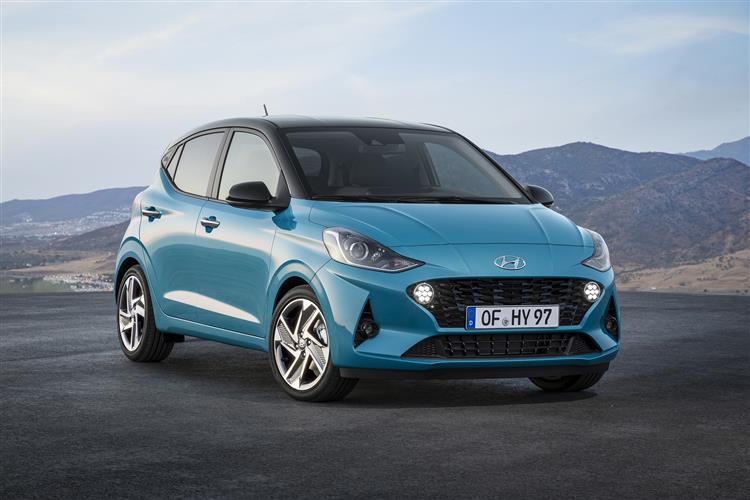 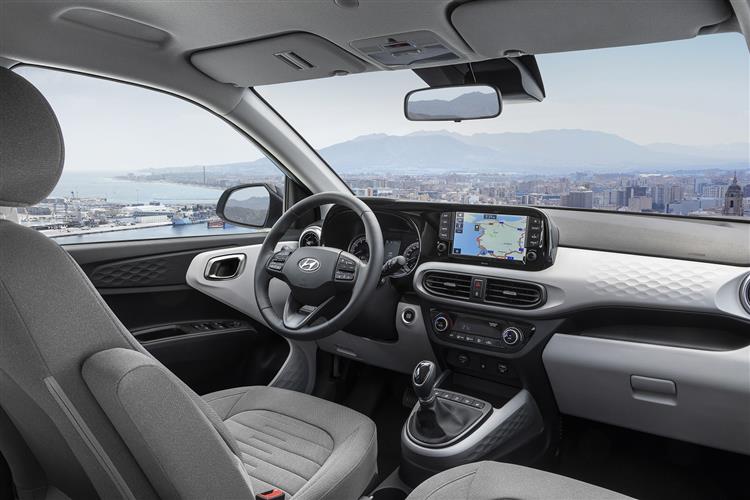 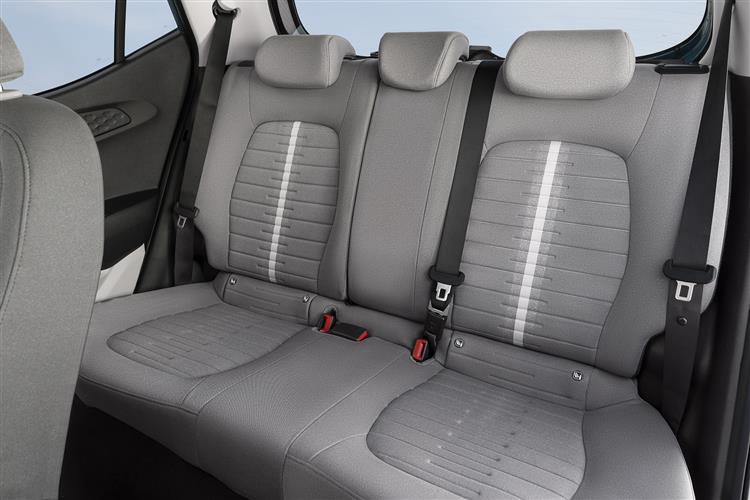 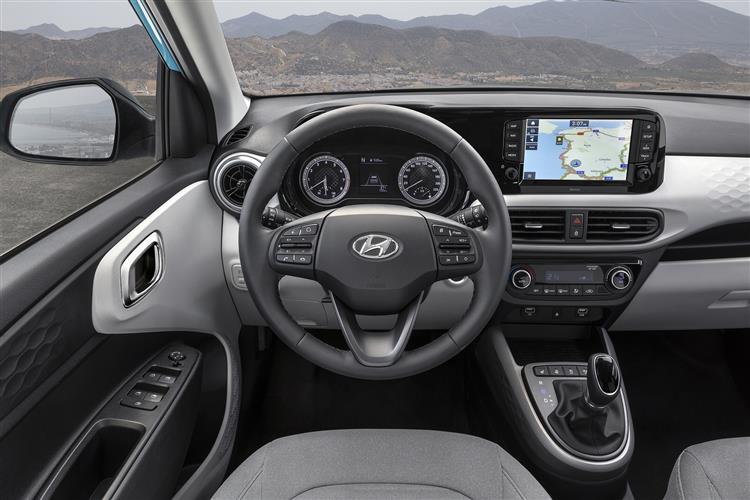 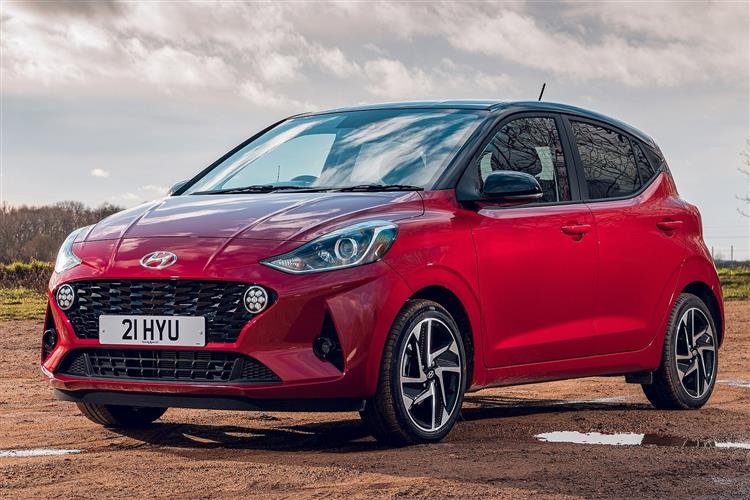 We're going to see far fewer citycars on the market in the coming years, which is welcome news for Hyundai, who has reaffirmed its commitment to the segment by introducing this third generation version of its popular i10 tiny hatch. It's billed as the most hi-tech citycar ever.

Sometimes, the stars just align perfectly for a car manufacturer. Such was the case back in 2009 when two largely unrelated circumstances coincided. The introduction of the government's Scrappage Scheme saw a number of tired old cars being taken off our roads and resulted in a commensurate quantity of buyers with a modest sum of cash in their hands looking for something to buy. Fairly new onto the market and having just replaced the underwhelming Amica was the rather appealing Hyundai i10. Sales skyrocketed and for a short while, the i10 was the country's best selling car. It didn't last. While i10 sales continued quite strongly, the end of the Scrappage Scheme saw buyers return to their usual buying habits. Since then, Hyundai has tried hard to keep citycar buyers interested. It rejuvenated the i10 in second generation form in 2013, but it still didn't quite have the quality or the fashionable appeal of rivals like the Volkswagen up!, Skoda Citigo and SEAT Mii triplets. But this MK3 version just might.

Engine-wise, not much has changed, so as usual in an i10, there are two primary options, a three cylinder 1.0-litre 66hp Mpi unit and a four cylinder 1.2-litre 83hp 'Kappa' Mpi powerplant. Both engines can be had with either five-speed manual transmission or a (rather jerky) five-speed automated AMT auto gearbox. Both units offer decent pulling power by class standards - 96Nm in the 1.0-litre and 118Nm in the 1.2. Maximum speed in the 1.0-litre version is 97mph and the rest to 62mph sprint occupies 14.6s. There are a few things you want to tick off as soon as you get yourself seated behind the wheel of a good citycar. The first is visibility. If you're going to be jinking from lane to lane, you need great all-round sightlines. This i10 scores well in that regard, with good mirrors, windscreen pillars that aren't too obtrusive and a fairly high seat height. This MK3 model's reduced beltline at the front (11mm lower) and rear of the vehicle (13mm lower) provides drivers with a better view of the road on both sides, as well as a sleeker design. In combination with less C-pillar obscuration, now 11.9-degrees and down from 13.1-degrees, drivers have better visibility when performing parking manoeuvers. At the top of the range lies the flagship model, the i10 N Line. Here, you get the 1.0-litre Gdi three cylinder turbo engine from the larger i20 supermini, complete with 100PS and 172Nm of pulling power. If you don't mind paying supermini money for this top variant, you'll find that it'll deliver you quite as much spark as you'll need from a car of this kind. And, thank goodness, it only comes with the 5-speed manual gearbox.

Design-wise, everything's new here, this MK3 i10 sitting 20mm lower and wider than its predecessor, plus it's 5mm longer. Slimmer headlights and, on higher-spec models, LED spot lamps give it a slightly more up-market look too. Of greater importance though, is the news that the wheelbase has increased by 40mm, pushing the wheels further out to the corners so as to improve cabin space. This i10 was always a good pick if you wanted a citycar with an interior nearly as big as a supermini. Now, that's even more the case. Hyundai reckons that a couple of big adults will now be quite comfortable in the rear - an achievement for a car of this kind. And, at a pinch, you might even fit a third person in too. Up front, the redesigned fascia features slim central air vents borrowed from the Kona SUV, but its main enhancement lies with the adoption of the 8-inch infotainment centre-dash display from the i30 family hatch, which here flows in a continuous sweep towards the instrument panel. Out back, as before, there's a decent 252-litre boot, which remains class-leadingly big. By contrast, a Volkswagen up! offers 251-litres, so Hyundai just squeaks in above the class benchmark.

Pricing starts at around £13,000, which is around double what the first generation version of this car cost when it debuted back in 2007. Your wage slip probably hasn't become 100 per cent bigger in that time but c'est la vie. Anyway, that base figure applies to the base 'SE' level of trim that few customers will want on the volume 1.0 MPi model. Most will stretch to mid-range 'SE Connect' spec costing around £1,000 more - which is what you'll have to do if you want the option of paying your dealer £500 more to get the AMT 5-speed auto gearbox with this car. The four cylinder 1.2 MPi engine costs a £500 premium over the 1.0-litre unit - and again with that, the AMT auto is £500 more. Even the base 'SE' model gets a DAB radio with a 3.8-inch display, Bluetooth, air conditioning, electric windows, a leather steering wheel and gear lever, electric mirror adjustment and cruise control. Standard safety equipment across the range is class-leading, including Lane Keep Assist (LKA), Driver Attention Alert (DAA), High Beam Assist (HBA) and Forward Collision Warning System (FCWS) with integrated Autonomous Emergency Braking (AEB), Lane Departure Warning System with Lane Keep Assist (LKAS) and eCall, which can automatically dial emergency services in the event of a serious accident, shortening response times and improving post-accident protection. We should also mention the top 'N Line' model, which costs from just over £16,000 and is the only one you can order with Hyundai's 1.0-litre T-GDI 3 cylinder turbo petrol engine. Here, exterior design enhancements include unique bumpers and grille giving a dynamic look that space supposed to have been inspired by Hyundai's engagement in motorsport. And 'N Line' buyers also get exclusive 16-inch alloy wheels, plus an i10 sign in red font, as well as a skid plate and diffuser.

The i10 shouldn't cost much to run. Let's get to the WLTP figures. The 1.0-litre three cylinder MPi manual variant in base 'SE' form manages 56.5mpg on the combined cycle and 114g/km of CO2 emissions; it's 54.3mpg and 119g/km with more typical mid-range 'SE Connect' trim. For the 1.0-litre AMT auto with 'SE Connect' trim, you're looking at 50.4mpg and a 126g/km CO2 figure. For the four cylinder 1.2-litre variant, it's 52.3mpg and 124g/km for the manual model and 49.6mpg and 130g/km for the AMT auto. There'll be a fractional reduction in the figures just quoted if you opt for the top 'Premium' level of trim with its larger 16-inch wheels. And obviously, the top 1.0 T-Gdi turbo 'N Line' sporting variant will be a fraction less frugal still; think 123g/km. The Idle Stop and Go (ISG) is a standard feature for all powertrains, which contributes to lower fuel consumption, lower CO2 emissions and higher efficiency. The fuel savings of using the ISG are especially apparent when driving in urban areas, as the ISG automatically switches off the engine when the car comes to a halt. Satisfied owners will tell you that the i10 proposition is about a whole lot more than just a five year warranty with a car thrown in for good measure, but there's no doubt that the comprehensive after-sales package does remain a major attraction for city segment customers. It's a really good unlimited mileage deal that also includes annual vehicle health checks and roadside assistance to add peace of mind.

Having seen off many of its main segment rivals, this MK3 model i10 looks set to consolidate its strong position in the citycar segment. Try one of these and it's genuinely hard to imagine why you'd want to pay a lot more for a Fiesta-sized supermini. This little Hyundai gives you almost as much rear passenger room and boot space but will cost less to run and will be easier to park. Now that its cabin has been upgraded, you don't even feel too much like you've bought into a budget-segment car either. In summary, citycars have evolved. These used to be models people went for because they had to. Now, so often, they're little runabouts customers own out of choice. For all the industry plaudits the affordable little first and second generation i10 models received, they weren't cars you'd ever have felt especially joyful about owning. But specified correctly, this improved third generation version might be.

Fill out the simple form below to get a quote for this Hyundai I10 Hatchback 1.0 T-gdi N Line 5dr lease.