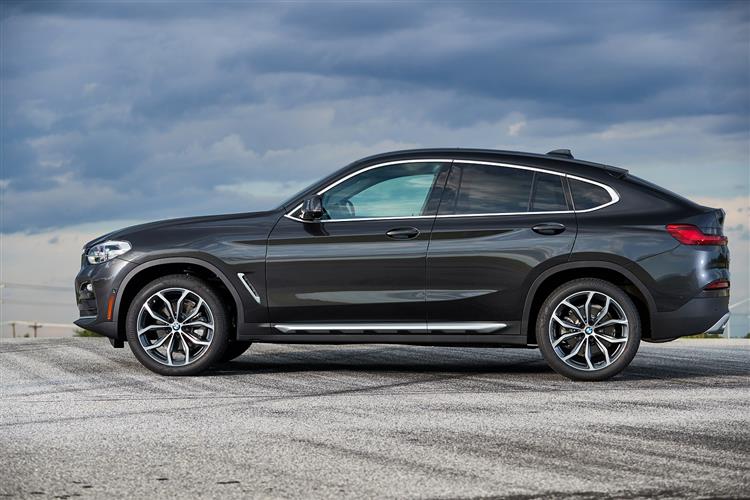 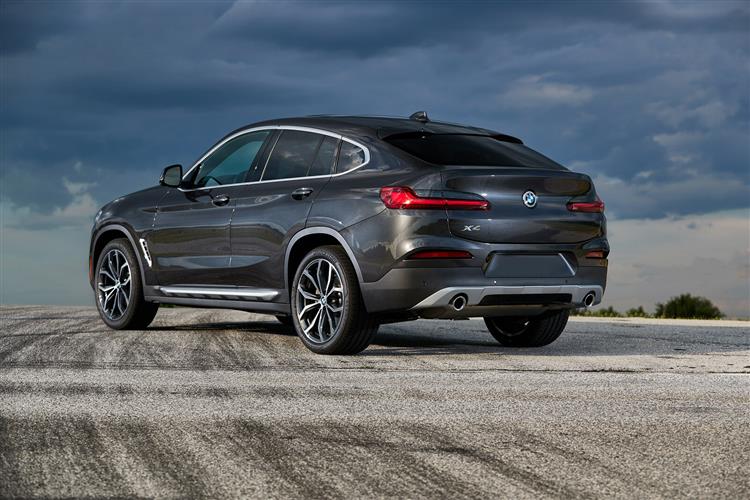 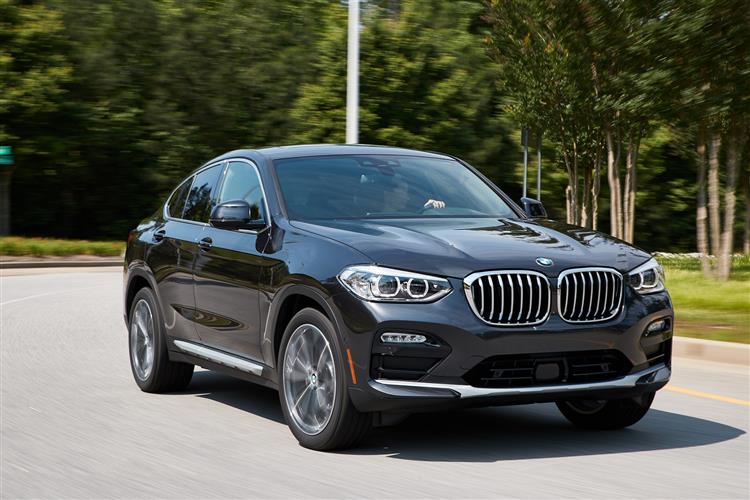 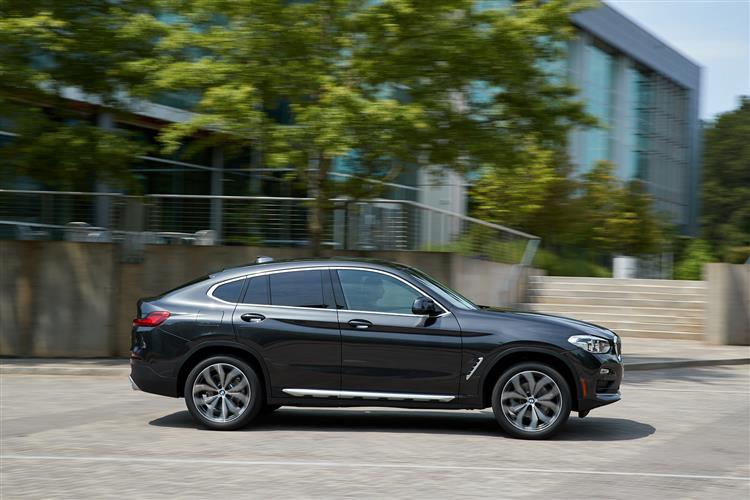 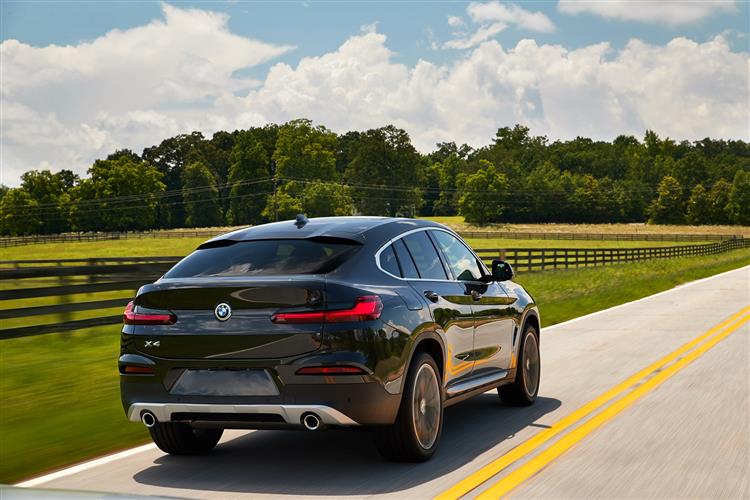 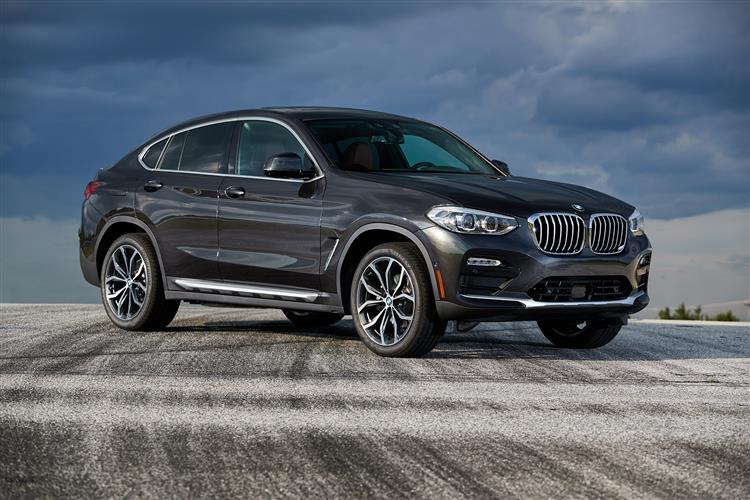 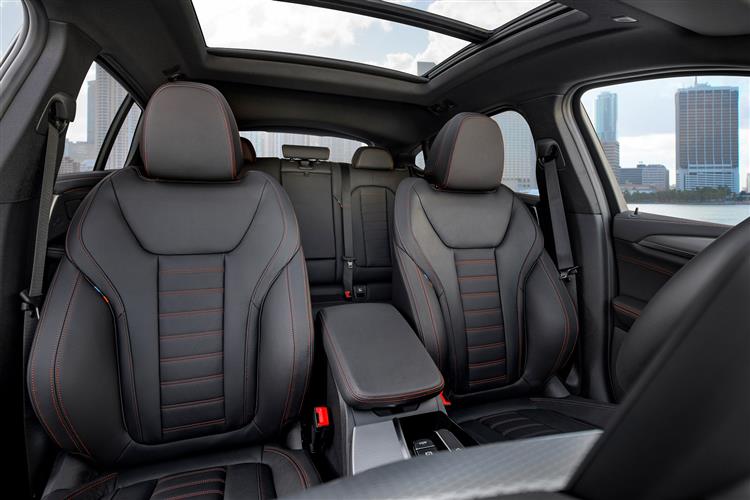 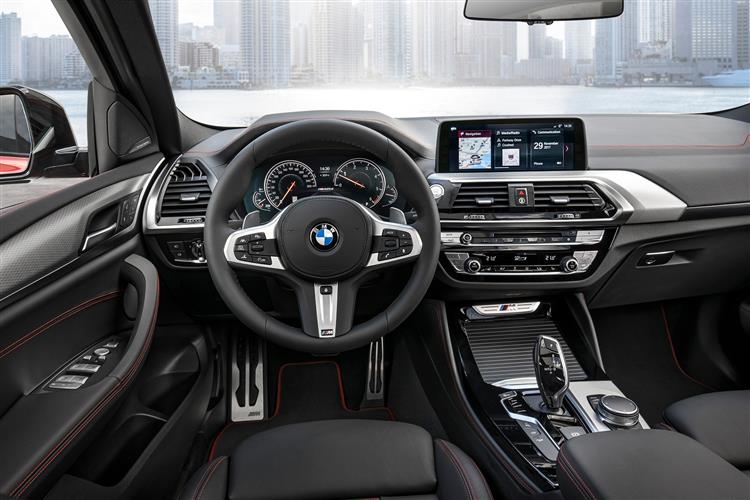 BMW, more than any other brand, is fully committed to the rather contrary concept that is the coupe-style Sport Utility Vehicle. They pioneered this genre, then popularised it, but have they perfected it with this car, the second generation X4? Let's check it out in its most popular 20d diesel guise.

The thinking behind this X4's controversial Coupe-SUV automotive niche dates back to 2008 when BMW dismayed the motoring press but delighted its better-heeled SUV customers with the first generation X6, a swept-back sportier version of their large X5 crossover model. Enough were sold to encourage the Munich maker to extend the concept across its range, hence the decision to create a coupe-SUV version of its mid-sized X3 model, christened the X4 and launched in its original form back in 2014. It was directly copied two years later by Mercedes with their GLC Coupe - though interestingly, not by other premium brands, who merely tried to make new or existing mid-sized SUVs a little sportier in order to keep up. Like the X6, the X4 sold pretty well in its earliest guise, finding over 200,000 buyers in its first four years on sale. As it turned out though, that initial design wasn't to have a very long shelf life. Going forward, BMW needed to align X4 development with the model cycle strategy of its mechanically-identical X3 showroom stablemate. Hence the way that the introduction of the company's third generation X3 in Autumn 2017 was followed by the launch of this MK2 model X4 in the Summer of 2018.

BMW thinks that coupe-SUV models should offer more than just sleeker looks. The driving experience should be sharper and more dynamic too. With the original X4, only nominal efforts were made in this regard - a marginal reduction in ride height, a slight stiffening of the springs. With this MK2 model though, we're promised that the job has been done properly. It helps of course that the fundamentals are so much better this time round - the much stiffer 'CLAR' cluster architecture platform for example. And, as standard on all variants, there's a redeveloped xDrive 4WD system, which uses a planetary gear set incorporated within the rear axle to vary drive between each individual rear wheel as you power through the corners. A perfect 50:50 front-to-rear weight distribution also helps here, as does the way the rear track has been widened by 30mm over the original model. And there's more. The front end has been thoroughly re-engineered and now features a new double-wishbone suspension set-up. That helps to bring you greater levels of feedback through the re-tuned steering system. In addition, as before there's a lower ride height than you'd get in an X3, so a lower centre of gravity. And stiffer suspension, with firmer M Sport springs fitted as standard this time round. It all delivers a pretty astonishing degree of handling competence for a model professing to be any sort of SUV, and it's possible to carry impressively high speeds through tightening turns without tyre-squealing drama. Engine-wise, from launch, buyers of this model were offered a choice of BMW's two usual mainstream diesels, the 190hp 2.0-litre four cylinder unit we tried and an alternative 265hp 3.0-litre six cylinder powerplant. Either way, you get 4WD and an 8-speed auto gearbox as standard. At the top of the X4 range, there are also a couple of 3.0-litre six cylinder 'M Performance' derivatives, the 326hp M40d diesel and the 354hp petrol M40i.

This X4 is subtly bigger and sleeker in second generation form, 81mm longer, 37mm wider and 3mm lower, statistics that deliver dynamically stretched proportions intended to emphasise this model's perfect 50:50 weight distribution and hint at its performance potential. The overall statement all of this makes continues not to be quite as extreme as the one delivered by BMW's larger X6 but it still catches the eye, a little more modestly holding two fingers up to the establishment. At the wheel, you sit a little lower than you would in an X3, but the positioning is still quite commanding and the cabin you survey is now of much higher quality than was the case with the previous model. The sports seats are now more supportive, all the materials used feel great to touch and the proper leather and metal finishing on plusher variants feels very special indeed. Most models get the 10.25-inch 'Professional MultiMedia' centre-dash iDrive screen set-up and the instrument binnacle display will probably feature at least a dash of BMW's virtual 'Digital Cockpit' technology. Once on the back seat, it is, as promised, significantly more roomy than the previous generation model, thanks to an extra 27mm of additional legroom. However, that swept-back styling has to tell somewhere and predictably, there are compromises in headroom to be made. Out back, there's a 525-litres boot.

X4 pricing sits in the £43,000 to £55,000 bracket and all models come only with xDrive 4WD and automatic transmission. Direct comparisons with this model's X3 showroom stablemate are slightly difficult to make because the spec structure is a little different, but in rough terms, you're looking at needing a premium of around £3,000 to go from an X3 to a directly comparable version of this sleeker X4. In the mainstream range, buyers choose between a couple of familiar BMW diesel powerplants. Things kick off with the 190hp 2.0-litre four cylinder unit used in the 'xDrive 20d' model featured here. Or, if you can find just under £6,000 more, you can go for the 265hp 3.0-litre six cylinder powerplant which features in 'xDrive 30d' variants that also get a sharper-shifting 'Sport' version of the auto gearbox. Either way, there are three trim levels - 'Sport', 'M Sport' (which is what we have here) and 'M Sport X'. Beyond this lie the two fully-fledged 'M'-series versions, both of which require a budget of around £56,000. You can stick with a diesel and choose the 326hp M40d, or go for petrol power with the 354hp M40i.

As you'd expect, the efficiency figures of this X4 are only a fraction behind those of an equivalent X3 model. Let's start with the most popular four cylinder 2.0-litre xDrive20d diesel variant we're trying here, which can return up to 52.3mpg on the combined cycle and up to 142g/km of CO2. Switch to the alternative six cylinder xDrive30d diesel derivative and you're looking at up to 48.7mpg and up to 153g/km, provided you don't go for one of the really large wheel rim sizes. The flagship M40d delivers up to 44.1mpg and 170g/km. And the alternative petrol-powered M40i manages up to 31.4mpg and up to 205g/km. What else? Well as usual with a BMW, there's a condition-based service indicator on the dash to advise you when your car needs a garage visit. You can check all of this using menus in the 'iDrive' centre-dash display and the car will give you four weeks' notice of when a check-up is needed so you have plenty of time to book it. Less familiar to some buyers will be the clever 'TeleServices' feature that comes as part of the BMW 'ConnectedDrive' services you can access through the iDrive infotainment system. Via this, before each service appointment is due, your X4 can automatically put in a 'TeleServices' call to your nominated BMW service centre, complete with detailed information on vehicle condition.

The X4 has always been a divisive product. That's the nature of the coupe-SUV genre. Is this BMW the mid-sized premium SUV model that can give you everything - SUV, coupe, fastback hatch and sports estate, all rolled into one? Or is it trying to be so many different things to so many different people that it ends up please nobody? Opinion on the subject will often be divided. The people who don't like the concept behind this model will tell you to buy a cheaper, more practical X3 - but then they're probably the same people who can't see the point of anything prioritising style over substance. In any case, this X4 does have substance to its proposition - at least when it comes to efficiency, quality and affordable running costs. It's even reasonably spacious and practical. In summary, don't be dissuaded if you'd like an X4. This may not be quite the sharpest dynamic contender in its segment, but it's still an astonishingly rewarding steer for something based on SUV underpinnings.

Fill out the simple form below to get a quote for this BMW X4 DIESEL ESTATE lease.