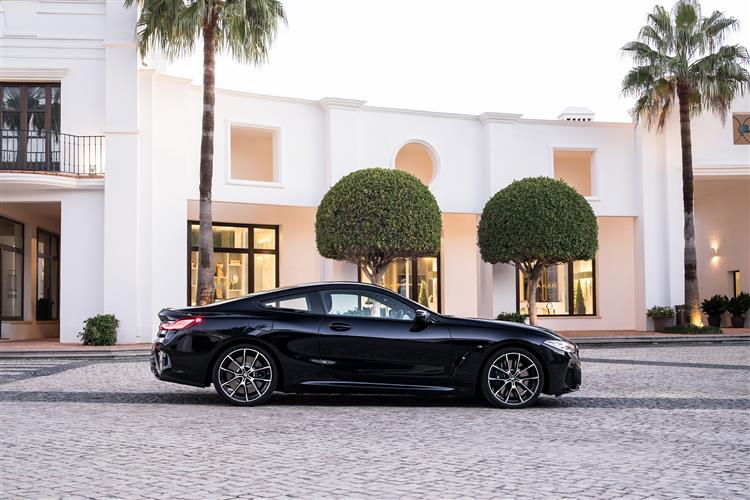 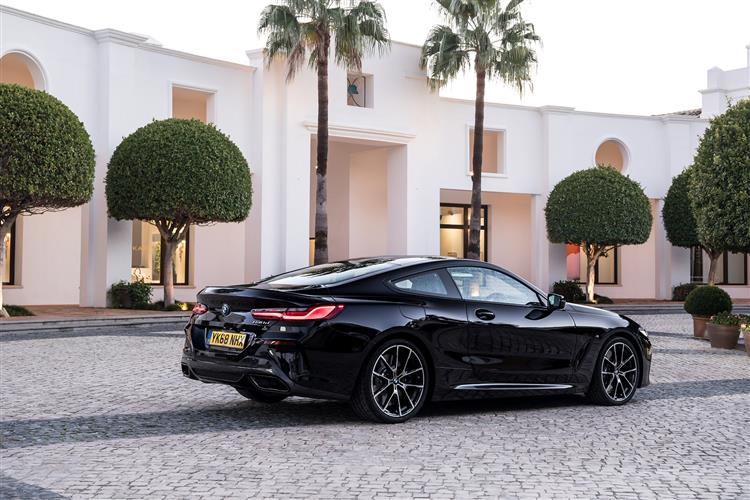 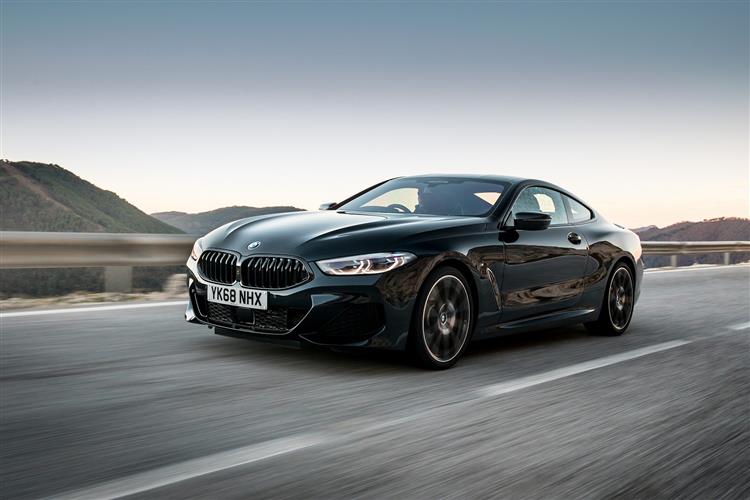 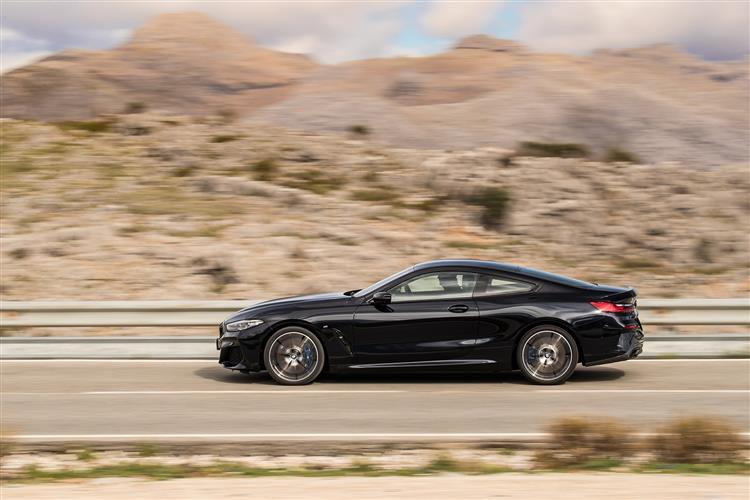 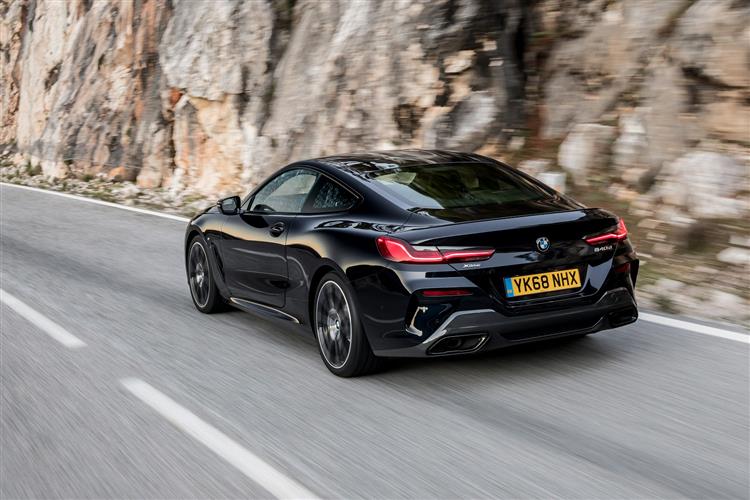 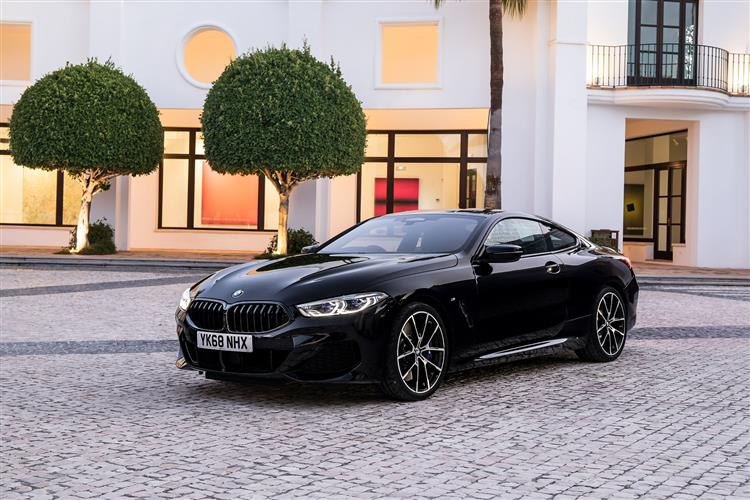 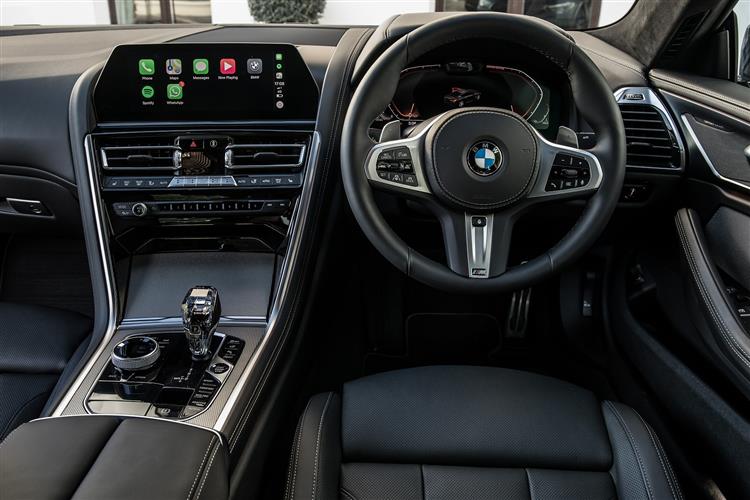 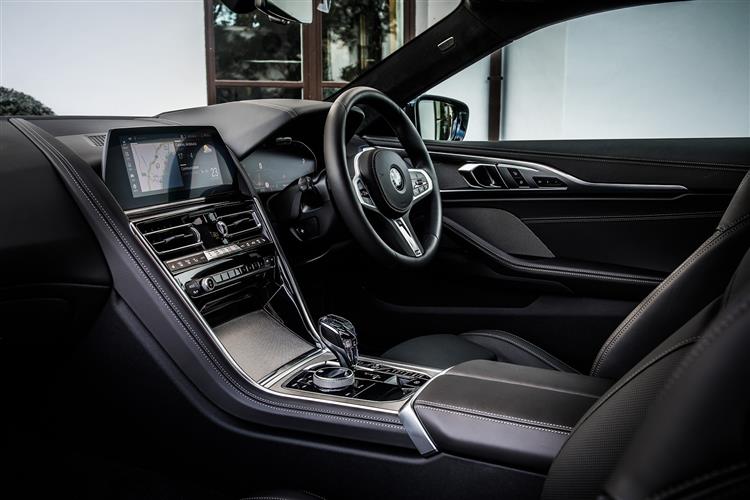 What should a top luxury sports coupe be? Sharp and driver-orientated like a Porsche 911? Or a luxurious Grand Tourer like the Mercedes S-Class Coupe? If you can't decide, this 'G15'-series BMW 8 Series Coupe might offer the perfect solution. Especially in this 840d diesel guise.

The 8 Series revives an 8 Series nameplate last seen with the 'E31'-series model sold between 1989 and 1999. That rather memorable contender was nominally replaced early on in this century by two 6 Series Coupe designs, the 'E63'-series model of 2003 and the 'F13'-series model of 2011. Both though, were less exclusive-feeling BMWs which merely plugged a gap in the Munich maker's line-up as the company experimented with other approaches into the luxury GT market. That's what brought us the 'F07' generation 5 Series Gran Turismo of 2009, the 'F06'-series four-door 6 Series Gran Coupe of 2012 and the electrified i8 sportscar of 2014. Everything the Bavarian brand has subsequently learned has been channelled into this 'G13' generation 8 series design, which was launched in mid-2018 aiming to recapture the more exclusive feel of its 'E31' predecessor. It's much, much more than merely a stylised two-door version of the 7 Series saloon, even though it's built alongside that car at the company's Dingolfing German plant. Let's check this car out in 840d diesel form.

A 'Gentleman's Racer'. Is that what this is? BMW thinks so. For you, that might conjure up pictures of Brooklands in the Thirties but what the Munich maker means by that term is the kind of big sporty GT that Aston Martin has long specialised in. In terms of the driving experience, what BMW has aimed for here is something mid-way between what's served up by this car's two main rivals - the Mercedes S-Class Coupe and more powerful versions of the Porsche 911. And broadly, that's what you get. This car's 'raison d'etre' isn't primarily for the track; no 2-tonne luxury coupe is ever going to feel completely comfortable on a circuit. But it's a heck of a lot more comfortable there than the previous 6 Series models ever were. The brand's xDrive 4WD system is standard, as in 'Integral Active Steering', which gives you four wheel steering for extra cornering stability. Plus there's fantastic traction through the big bespoke Bridgestones and absolutely brilliant brakes. I opted to try the 840d diesel variant. It obviously can't deliver the aural excitement of the alternative V8 petrol versions but the free-revving in-line 3.0-litre six still manages to sound rather good in its own way, with a deep gravelly note that's emphasised by the stereo speakers. It's got a lot of grunt too, the 750Nm torque figure 70Nm higher than the standard V8. And you get the same Launch Control set-up to hurl you away from rest, allowing an 840d to reach 62mph in just 4.9s. If you like your stats, you can see plenty more of them via a 'Sport' display in the 'Car' section of the centre-dash infotainment screen that as you drive can show you G-Force readings, plus torque horsepower, oil temperature and turbo boost read-outs.

It's been a long time since BMW brought us a large coupe that was really elegant, but most will agree that this modern-era 8 Series design really is. It's very much a BMW of course from the front, with one of the widest double kidney grilles yet seen on a Bayerische Motoren Werke model, which flows into the slimmest headlamps the brand has ever used. In profile, the roofline's low, fast arc is certainly striking, as are the wide shoulders and short overhangs. Inside, the seating position is notably low, reminding you of this 8 Series model's more focused driving remit and you're surrounded by a cabin that's high in quality but perhaps lacking a little in terms of sheer specialness. Adding in little touches like the 'CraftedClarity' glass finishing for various controls helps quite a bit here. It's hard to fault the digital screen technology delivered by the standard 'Live Cockpit Professional' package that combines this 12.3-inch digital instrument cluster display with a 10.25-inch centre-dash infotainment monitor, all of it accessible via touchscreen, the usual lower iDrive touch controller or voice control. And you're perfectly positioned in front of it all by brilliantly supportive multifunctional sports seats trimmed in white-stitched Merino leather that extends up on to the dash. The rear seats are very cramped, but you get a decently sized 420-litre boot.

There's quite a price gap between the two core 8 Series Coupe variants that were offered from launch. Pricing at the introduction of this model range saw this 840d diesel, with its 320hp 3.0-litre six cylinder diesel, costing from just over £76,000, while the alternative M850i variant with its 530hp 4.4-litre petrol V8 requires a budget pretty much dead-on the £100,000 mark. Though the Convertible version isn't our focus here, for reference we'll tell you that that body style requires a £7,000 premium in each case. Competitors for this 840d are difficult to find. There simply aren't any large luxury two-door diesel Coupes available - not in our market anyway. The closest comparable models we can think of are four-door coupes which cost a lot less: the Audi A7 Sportback - in 320hp 3.0 BiTDI form; and the Mercedes CLS - in 340hp 400d guise. Both cars cost around £60,000 but are arguably more directly targeted by BMW's own 6 Series Gran Turismo, which in 630d xDrive form offers only 265hp but with 'M Sport' trim costs much the same as those top A7 or CLS diesel models.

No rival in this segment can get anywhere near the readings you'd be able to achieve at the wheel of the 840d diesel model - up to 40.4mpg on the combined cycle (which makes possible a realistic 600 mile driving range) and up to 160g/km of CO2. A 1.5-litre petrol Ford Mondeo doesn't do much better than that. Both the stats we've quoted here were measured under the current 'WLTP' or 'World harmonised Light vehicle Test Procedure' cycle, but BMW has converted them back to the less accurate 'New European Driving Cycle' 'NEDC2' spec, since that's what a lot of rival models are still using. The 8 Series powerplants of course comply with the current 'EU6d-TEMP' emissions standard, which dictates that they must have a gasoline particulate filter. On this 840d, BMW's 'BluePerformance' technology further adds a particulate filter, an oxidation catalyst, an NOx absorption catalyst and an SCR catalyst with 'AdBlue' injection. You'll probably be familiar with AdBlue by now because most modern Euro6 diesel powerplants use it. It's a urea additive that mixes with the hot exhaust gases from the engine. As the urea combines with these fumes, it turns many of the harmful chemicals into nothing more noxious than water and nitrogen - and that's what makes up most of the Earth's atmosphere. Tell all that to bar stool experts who talk as if diesel cars are alone responsible for smogging up our cities.

There aren't many sporting models in this category that a really well-heeled buyer would consider running as an only car, but this is one of them. If you need it to be an old fashioned road smoker, it can do that; this '8' is certainly far happier on a track than its flaccid 6 Series predecessor. And then, at the circuit gates, it can change character into a classic Grand Touring GT. And deliver the kind of experience you might have previously thought you'd have to stretch to a Bentley Continental GT or an Aston Martin DB11 to get. Are there things I'd change? A few. The interior is classy, well appointed and deeply impressive but it's not especially memorable. We think air suspension should have been included - at least as an option. And given this car's sheer size, it would have been nice to see the kind of rear seat space you get in a rival Mercedes S-Class Coupe. Otherwise though, I think this '8' is, in its own way, very desirable indeed.

Fill out the simple form below to get a quote for this BMW 8 SERIES DIESEL COUPE lease.