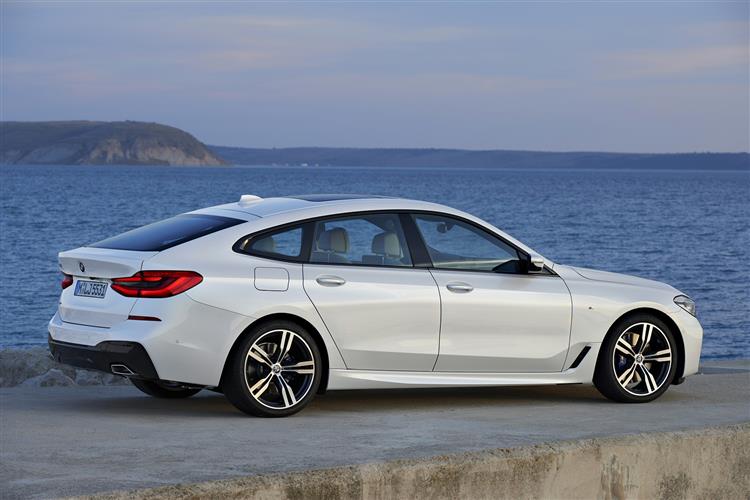 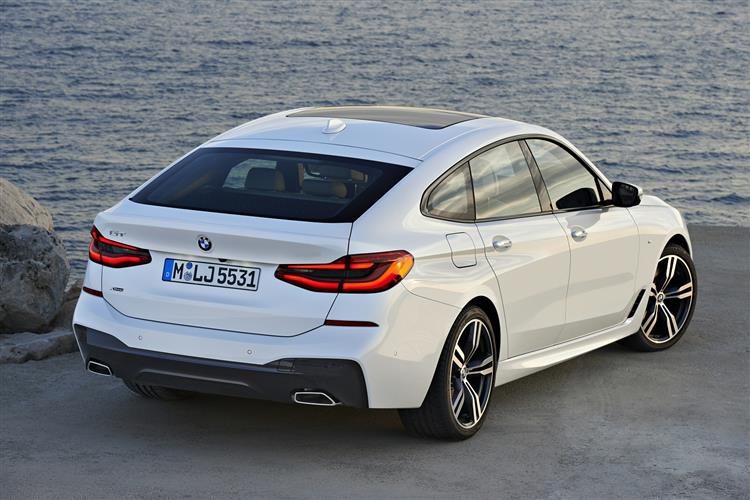 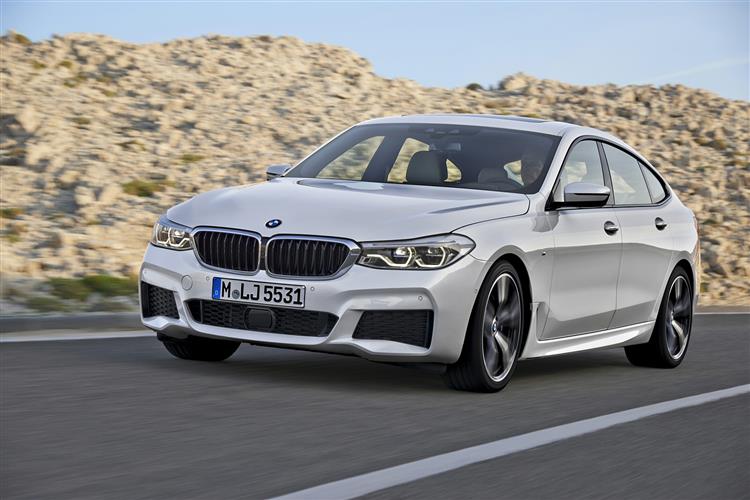 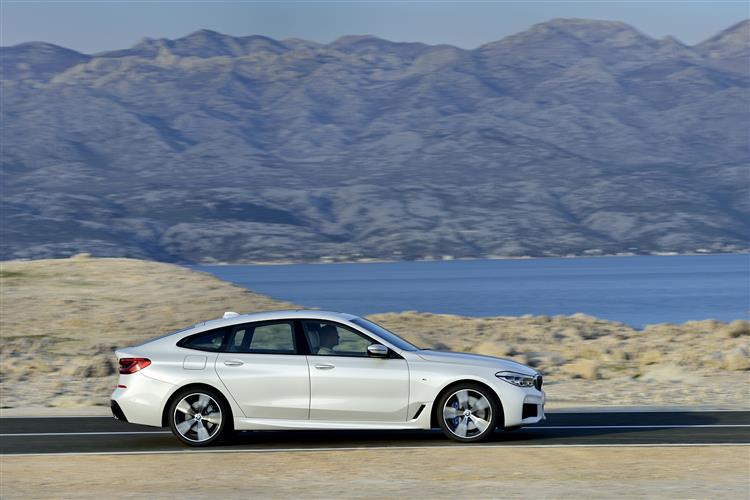 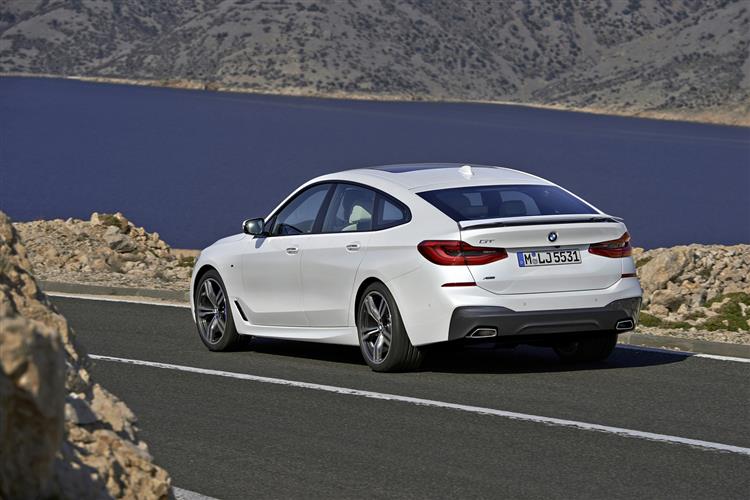 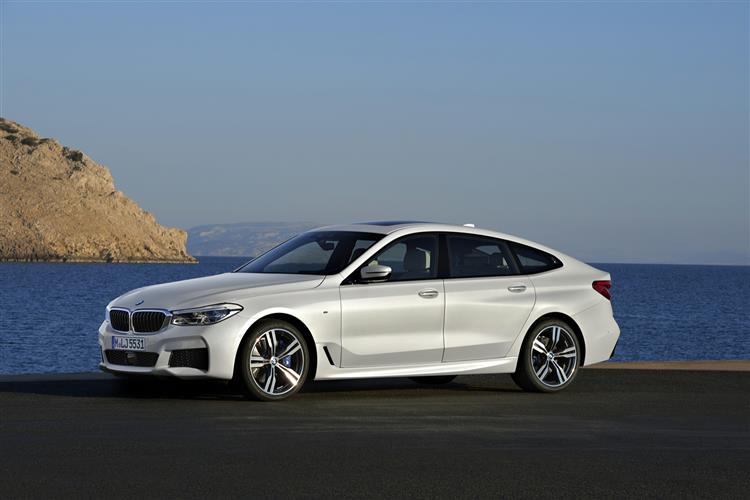 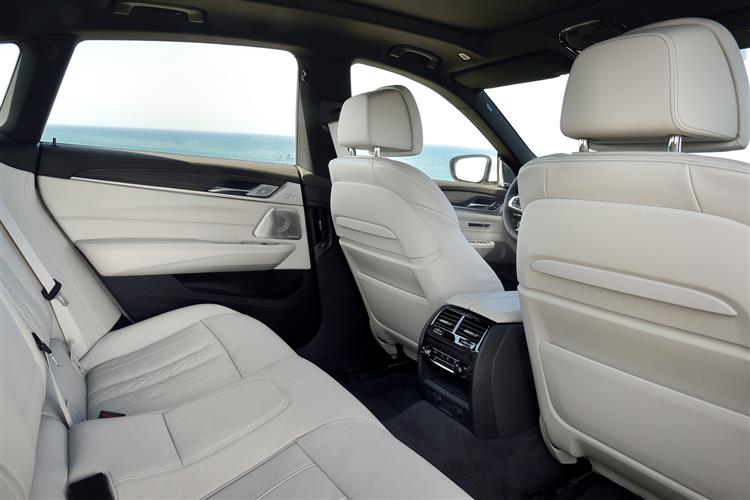 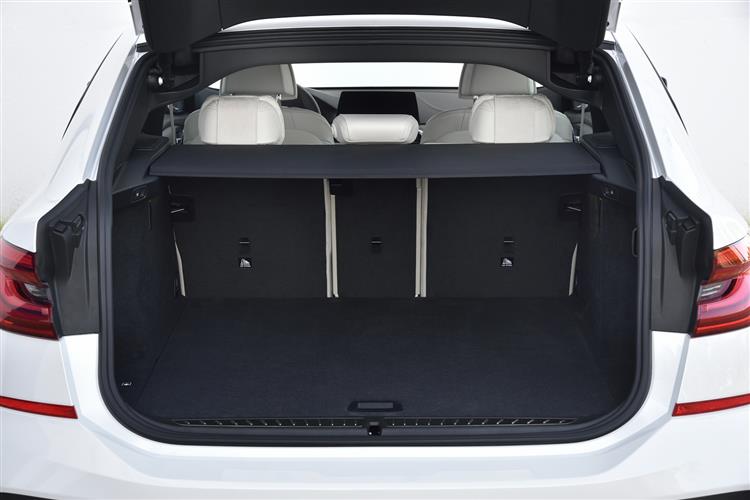 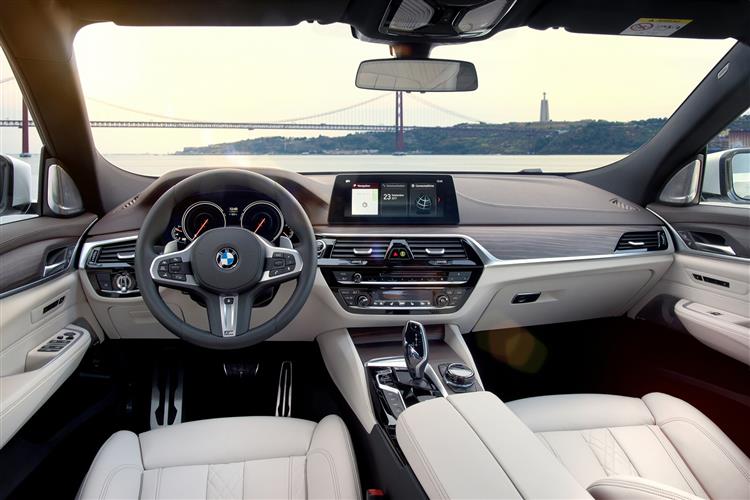 If you want a large, luxurious versatile BMW, you've lots of options - saloons, estates, SUVs. What though, of you want a model combining the best bits of all these kinds of car? Well this is the product the Bavarian brand will direct you to, the 6 Series GT. This is the 630d diesel derivative that most potential customers will choose.

The 'GT' tag stands for 'Gran Turismo', a 'Fastback' style of design that's become quite popular in luxury circles since being revived for the modern era. The idea here is to offer executive buyers something more visually appealing and aspirational than a conventional saloon - as Mercedes did when they kick-started this century's interpretation of the concept with their first generation CLS four-door model back in 2005. This BMW's predecessor, the 5 Series GT launched in 2009, was the first five-door contender in this newly-fashionable niche, pre-dating more familiar products of this sort like Porsche's Panamera and Audi's A7 Sportback. The change from 5 Series to 6 Series badging reflects the company's latest naming logic that sees sportier coupe-like models featuring even-number designations. And, as you can already see, the car in question is a big step forward from its predecessor, lower, longer, roomier, better-looking and more lavishly appointed. It all sounds quite promising doesn't it? Time to put this car to the test.

So what's BMW's idea of 'Gran Turismo' motoring? Well, this is a big car, there's no doubt about that, something certainly obvious in town or when manoeuvring. You feel more at one with it though, than was the case with the previous 5 Series GT, despite the fact that overall length has now risen to well over 5 metres. It feels less cumbersome through the corners than that older model too. Losing 115kg in weight will do that for you. BMW tells us that under the skin, this 6 Series GT uses a mixture of parts from the 5 and 7 Series models it sits alongside in the showroom. The majority of these are from the 'Five' - the standard air-sprung rear suspension from the 5 Series Touring for example - but it's the heftier 'Seven' that, perhaps predictably, this GT more closely resembles in terms of its road going demeanour. When it comes to engines, the majority of buyers will be opting for the 265bhp diesel we tried in the 630d variant, which offers xDrive as an option. As for this car's dynamic attributes, well thanks to its size, weight and height, it can't be as agile though the corners as some of its Executive segment 'Gran Turismo' rivals. However, you can improve things by spending more. We'd recommend the 'Adaptive 2-axle air suspension' system which adds front air suspension and the ability to vary ride quality via the various 'Drive Performance Control' driving modes. If you want to go further, there's 'Integral Active Steering' that gives you rear wheel steering. And of you have that, an 'Executive Drive' package can also be added to give you automatically-adjustable anti-roll bars to reduce cornering body lean.

If the old 5 Series Gran Turismo model had served up styling looking a little more like this, there's little doubt that its sales performance would have been transformed. With this 6 Series GT, vehicle height's down by 21mm, while the rear end has been lowered by 64mm. It further helps that this 6 Series Gran Turismo is 87mm longer than before, creating a sleeker, more rakish shape. Once in the cabin, you'll find yourself sitting a little higher than you would be in an equivalent 5 or 7 Series model, delivering at least some of the imperious feel you'd get at the wheel of the company's X5 luxury SUV. Ahead of you is a dash layout that's much as it would be in a 5 Series - which means that it's very sophisticated. Virtual dials cosset your eyes through the beautifully tactile three-spoke wheel, while at the top of the centre stack lies a big 10.25-inch colour iDrive screen. In the rear, it's really very spacious indeed, with far more room than you'd get in a 5 Series or in directly comparable Mercedes CLS or Audi A7 Sportback rivals. In a way though, that's what you'd expect. After all, this car is now over 5-metres long and has exactly the same wheelbase length as a boardroom segment. Boot capacity has increased by 20-litres to 610-litres, while folding the 40:20:40 split rear bench increases space to 1,800-litres - a 110-litre improvement.

Pricing for the 630d starts at just over £50,000, with xDrive AWD a £2,000 option. There are 'SE' and 'M Sport' trim options. This 6 Series GT model has been pitched directly between the two most comparable products you'll find in one of the company's showrooms. An equivalent BMW X5 SUV would cost you around £3,000 more; a comparable 5 Series Touring estate would cost you about £3,000 less. If, having considered all this, you conclude that it is a 6 Series Gran Turismo that you really want, then you'll be wanting to know exactly how generous BMW has been when it comes to standard equipment. Well, let's see. Standard features that would cost you more on an equivalent 5 Series saloon or Touring model include Adaptive Icon LED headlights, a Reverse Assist camera and power-adjustable seats, a collection of features worth about £2,000. Other standard 6 Series Gran Turismo inclusions with base 'SE' spec run to 'Dakota' leather upholstery, an active rear spoiler and 'Digital Cockpit' virtual instrument dials. As for commoner luxury features expected as standard at this price point, well, you get 18-inch alloy wheels on 'SE' variants, plus metallic paint, auto headlamps and wipers, LED front fog lights, front and rear Park Distance Control sensors, LED brake lights, chrome tailpipes and a category 1 alarm.

BMW has gone to great lengths to improve the efficiency of its largest Gran Turismo model - as it needed to do given the impressively high standards now being set in this segment by this car's arch-rivals, the third generation Mercedes CLS and the second generation Audi A7 Sportback. This 6 Series model isn't quite as advanced under the skin as its larger 7 Series stablemate: that car has what BMW calls a 'Carbon Core', the term referring to its innovative carbon-fibre reinforced plastic injection construction. Instead, the designers here have been content with a mix of magnesium, aluminium and high-strength steel, but that's been enough to save as much as 115kgs over the weight of the previous generation 5 Series GT. Don't get us wrong though: this is still a pretty heavy car, most variants weighing in at around 1.8-tonnes, which is about 85kgs more than a comparable 5 Series Touring estate. Still, it isn't enough to prevent the delivery of a set of efficiency stats that should get the approval of your accountant or company Fleet Manager; 57.6mpg on the combined cycle and 129g/km of CO2, these figures applying to the rear-driven 630d diesel variant that's the efficiency champion in the range, showcasing frugality and cleanliness improvements rated at around 15% this time round. Add in xDrive 4WD and the best you'll manage in a 630d is 49.5mpg and 150g/km. Even here though, around 600 miles should be possible between fuel stops.

In summary, you could argue that rival Audi A7 Sportback and Mercedes CLS models more stylishly fulfil the 'Gran Turismo' remit - and that's probably true. But those cars are also less spacious inside and slightly more expensive. Certainly, this 6 Series 6 GT will give competitors like that far more to think about than its predecessor ever did. And if you were already looking at a BMW X5 SUV or the brand's 5 Series Touring estate, then we think you should test this model before deciding. Like the car it replaced, it offers a different way to go - but this time round, that's good thing. Try one and you'll see what we mean.

Fill out the simple form below to get a quote for this BMW 6 SERIES GRAN TURISMO DIESEL HATCHBACK lease.