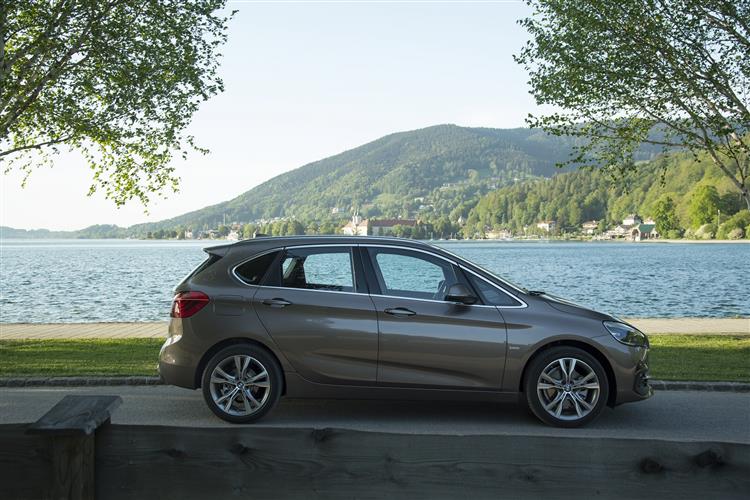 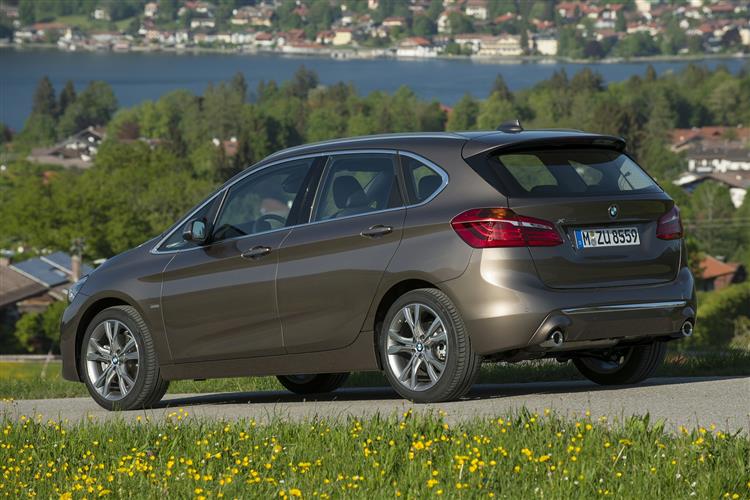 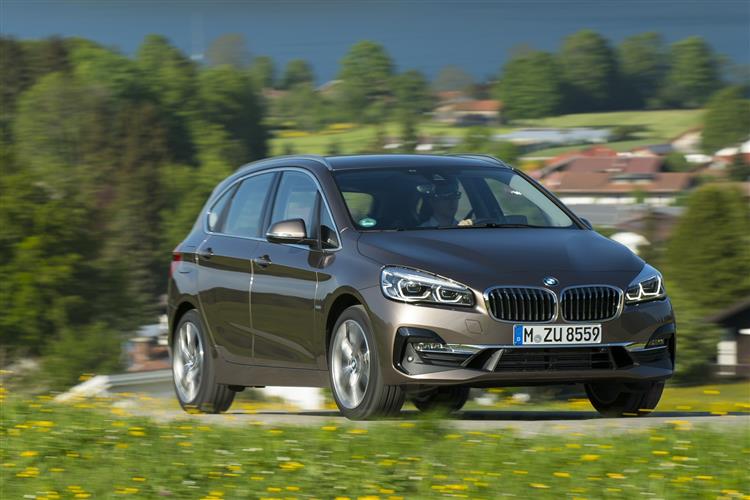 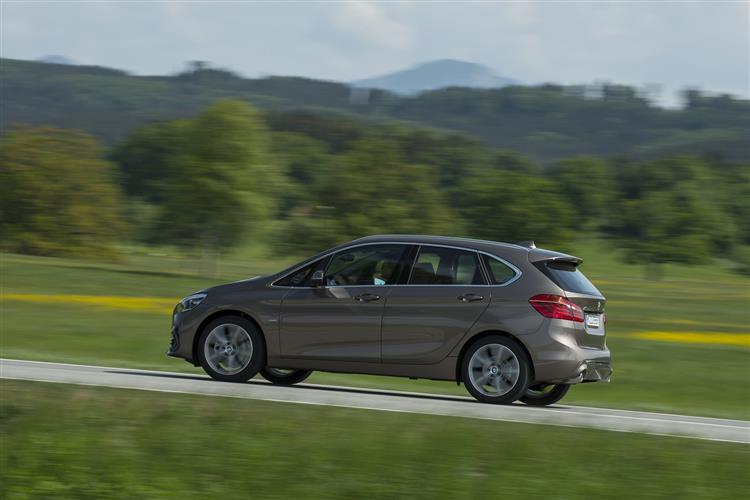 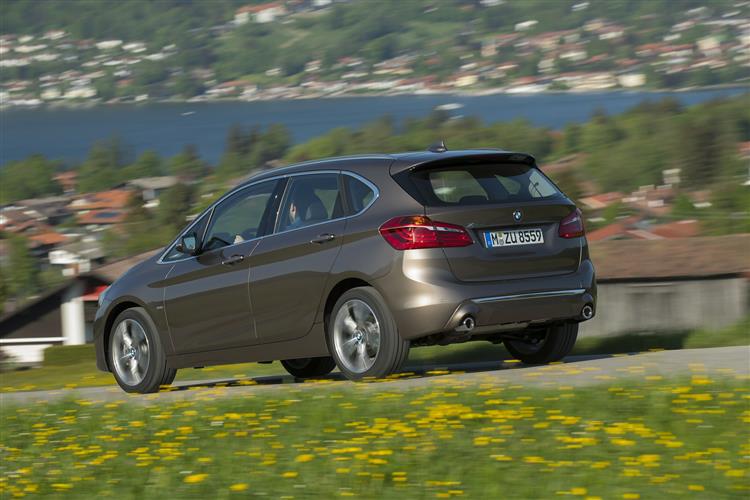 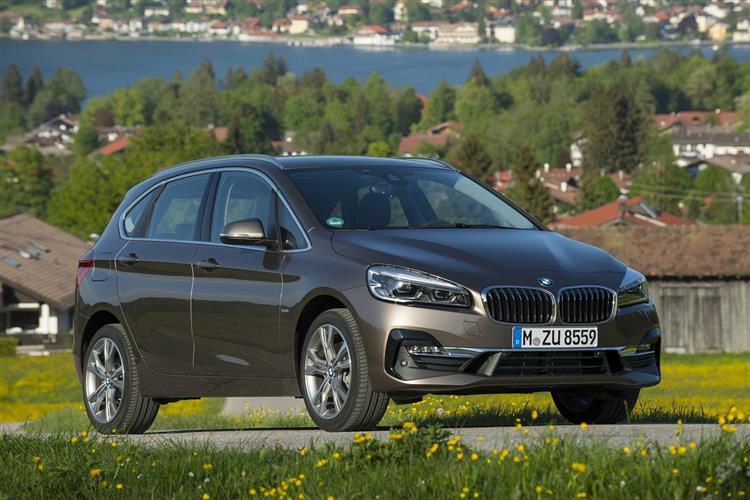 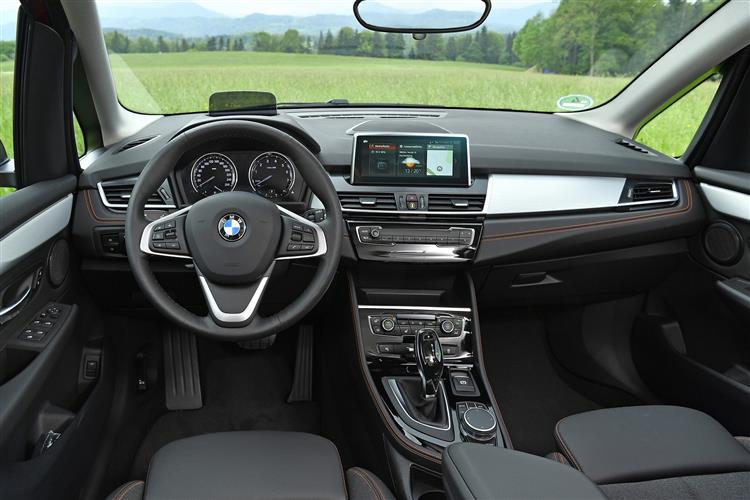 From launch, BMW's 2 Series Active Tourer marked a radical departure for the Bavarians in its use of front wheel drive and its targeting of the compact MPV segment. But this model has brought a weight of talent to the compact MPV sector that has some other rivals very worried. Power in this base 218i petrol version comes courtesy of a 140hp 1.5-litre three-cylinder petrol engine as seen in the MINI Cooper and all of BMW's chassis tuning experience is brought to bear. Plus the brand has recently lightly facelifted this car and improved its safety provision.

Front wheel drive people movers aren't really BMW's forte. Well not until recently at least. BMW is a company that is all about rear wheel drive, with a very profitable sideline in four-wheel drive SUVs. It has let other companies develop MPVs while at the same time quietly selling front-wheel drive cars on the side, albeit wearing the MINI badge rather than a blue and white BMW roundel. At its launch in 2015, the 2 Series Active Tourer crashed straight through all that we thought we knew about BMW product planning. There will still be some BMW traditionalists vehemently opposed to this car, but they needn't worry. BMW will continue to sell them rear-wheel drive sports coupes and such like. If, as an MPV buyer in the compact segment, you thought that your options began and ended with an upscale Ford C-MAX, we think you're going to like the 2 Series Active tourer quite a lot. Here we have a look at the revised version of the entry-level 218i model.

You're probably showing your age if you remember a BMW badge with '-18' on the back signifying a car with a 1.8-litre engine. These days it's safer to assume the 218i has anything but a 1.8-litre lump plumbed into its nose and such is the case. Pop the bonnet and you're greeted with a 140hp 1.5-litre three-cylinder engine. At least you can claim that your car has the same engine as the BMW i8 supercar. You're just done a few kW of electrical power on BMW's hybrid sports flagship. In this guise, it gets the car to 62mph in a not catastrophic 9.3 seconds before sending it on to a respectable 127mph top speed. With turbocharging, direct petrol injection, double-Vanos variable camshaft timing and the longer firing intervals of the three-cylinders, it generates a chunky 220Nm of torque at just 1,250rpm, which are figures you might more reasonably expect from a diesel. A combination of a balancer shaft, dual-mass flywheel and a centrifugal pendulum absorber help quell the off-beat vibes you often experience in a three-cylinder engine. Where you might expect to find a compact torsion beam rear suspension, BMW has instead fitted a much more complex and expensive multi-link rear end. The 2 Series Active Tourer also benefits from a chassis where weight has been taken out where possible with the use of ultra-high strength steels in key stress points. The result is that the kerb weight of the 218i is a mere 1,320kg. That's only two kilos more than a 1.4-litre Vauxhall Meriva. A six-speed manual comes as standard, with no automatic option available for this particular engine.

This is a compact MPV and as such, it's fairly inevitable that the basic shape is going to be somewhat generic. Cover the badges and grille and most would probably identify this as a Mercedes. The details are nicely executed, but this remains one of the more conservative designs, though BMW has tried to liven up the look of this revised version a little with a larger front kidney grille, redesigned front fog lamps, smarter wheel designs and twin tail pipes on all four cylinder variants. As before, this Active Tourer runs on a lengthened version of the MK3 generation MINI chassis, with the wheelbase extended to 2,670mm. Here, we're looking at the five-seat Active Tourer, but there's also a mechanically-identical 7-seat Gran Tourer body shape available. For a company with no real track record in MPVs, the Munich maker has clearly been studying what works in rival cars. There are sliding and reclining rear seats that allow you to prioritise space for passengers or luggage. Maximum boot space is a respectable 468-litres - which is 20-litres less than the Mercedes B-Class. The rear bench is a versatile thing that can split 40:20:40 and when fully folded there's access to up to 1,510-litres. The front passenger seat also folds to accommodate items up to 2.4m long. Interior changes to this revised model include redesigned seats and a smarter auto gear lever.

Prices start at around £25,000 for this 218i and it comes well equipped. Even the SE gets an automatic tailgate, two-zone automatic air conditioning, rear Park Distance Control, BMW Emergency Call, a 40:20:40 split folding rear seat with electronic folding functionality and 60:40 sliding rear bench. There's also Bluetooth with USB interface and audio streaming functionality, BMW Professional radio with single CD player and 6.5-inch monitor, DAB digital radio, Performance Control, Comfort Go keyless engine start and Drive Performance Control with ECO PRO, Comfort and Sport modes are also included. Rain sensors with automatic headlight activation, a multi-function leather steering wheel & additional 12V power socket complete tan impressive equipment list. If safety's a priority, you'll want to look at the optional 'Driving Assistant Plus' package. This includes 'Active Cruise Control' and a 'Traffic Jam Assistant' that, in heavy traffic, is able to control the car's speed, steer automatically and keep it in its lane. Also available is Lane Departure Warning and the City Braking function, which applies the brakes automatically at speeds up to 37mph in response to an imminent collision with a car, motorcycle or pedestrian, for instance. The Parking Assistant takes care of manoeuvring into parking spots that are either parallel or perpendicular to the road, while its ultrasonic sensors also help to search for suitable spaces up to a speed of 22mph.

You can buy a 218d diesel model which retails for just over £2,000 more, model for model, but you'd have to be cranking out an unholy annual mileage to make it pay off in terms of fuel savings. That's because this 218i gets some absolutely stellar figures and, as we've seen in the MINI, it's one of those engines that actually can approach the published numbers in real world scenarios, as long as you're not too lead-footed. To whit, BMW quotes 48.7mpg on the combined cycle with emissions rated at 132g/km. The usual suite of BMW EfficientDynamics energy-saving features is responsible for making those vaguely implausible looking figures including Auto Start Stop and ECO PRO. When in ECO PRO mode the throttle response is adjusted to encourage a more economical driving style. The extra economy created in ECO PRO mode is fed back to the driver, with the in-car displays showing the additional number of miles achieved.

The only constant is change, and it's a truism that applies to automotive manufacturing as much as anything else. Stick to dogma and you end up a footnote in the history books. That's why BMW's decision to market a front-wheel drive MPV is both brave and sensible. Of course, there are going to be old schoolers having a fit of the conniptions about it, but where would Porsche be without the Cayenne and where would Bentley be if it hadn't developed the Continental? Both cars were sniffed at by marque purists and both went on to save their respective companies. The 2 Series Tourer isn't a lifeline model in that regard; BMW is too healthy for that, but it nevertheless accesses a huge market sector from which Munich has been traditionally denied. The 218i model would seem to make the most sense for British customers. It's well-equipped, it's keenly priced and it brings a welcome touch of dynamism to a sector where many car makers have done quite well offering substandard fare. It looks like a few of them will have to seriously up their games.

Fill out the simple form below to get a quote for this BMW 2 SERIES ACTIVE TOURER lease.