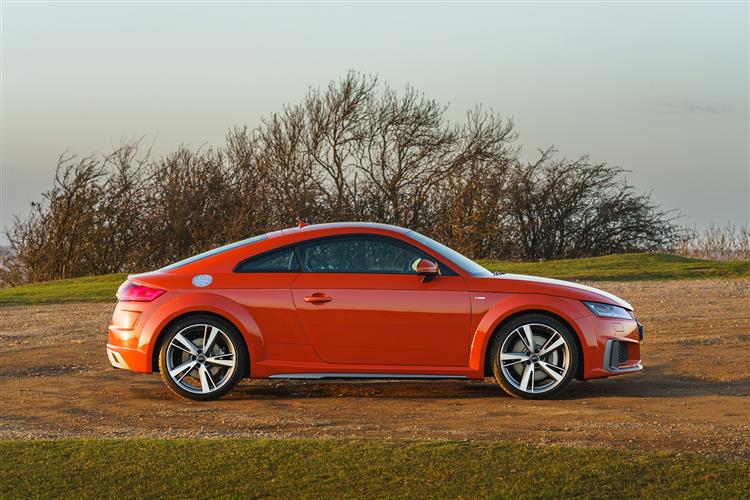 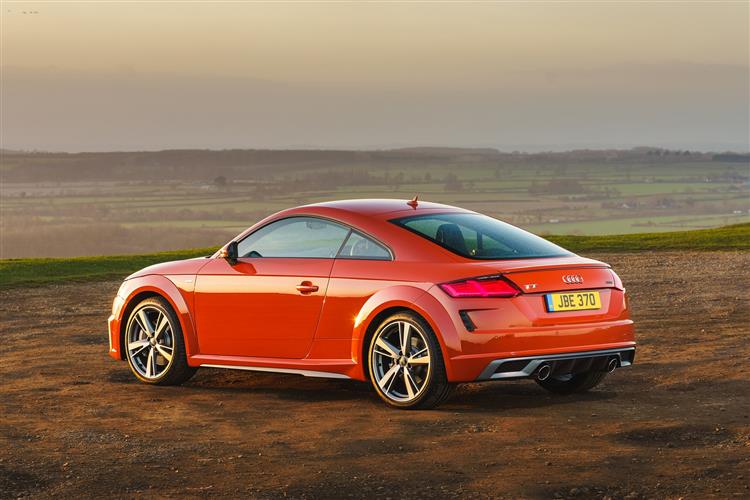 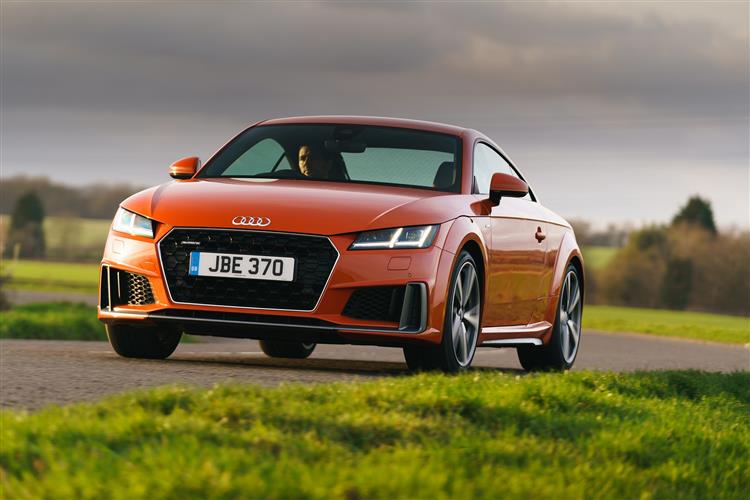 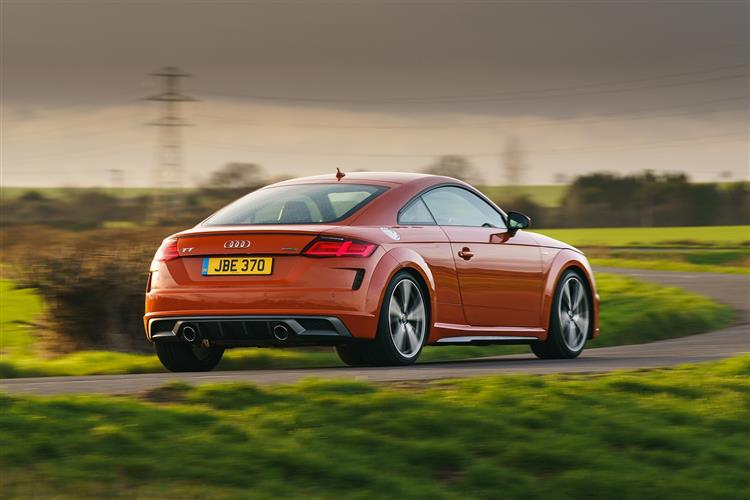 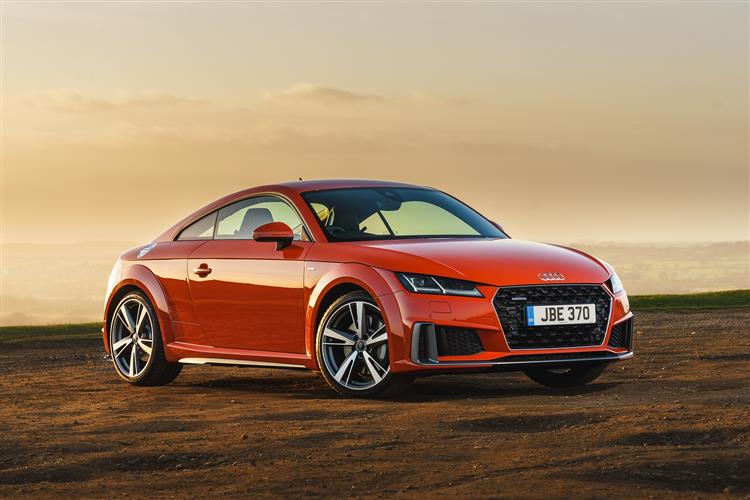 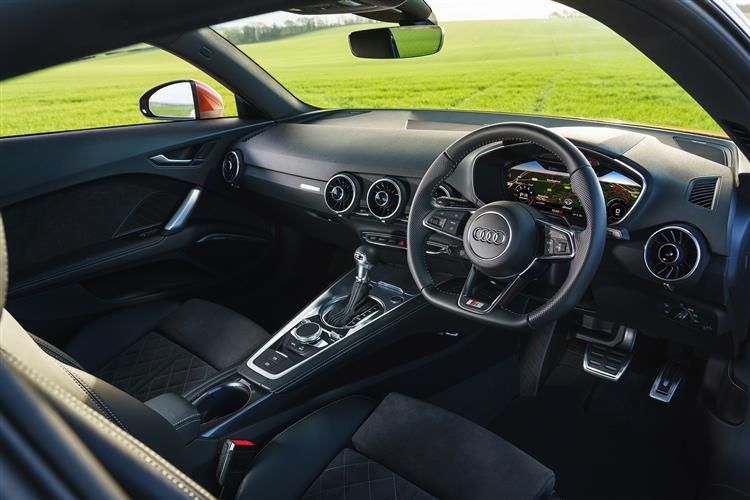 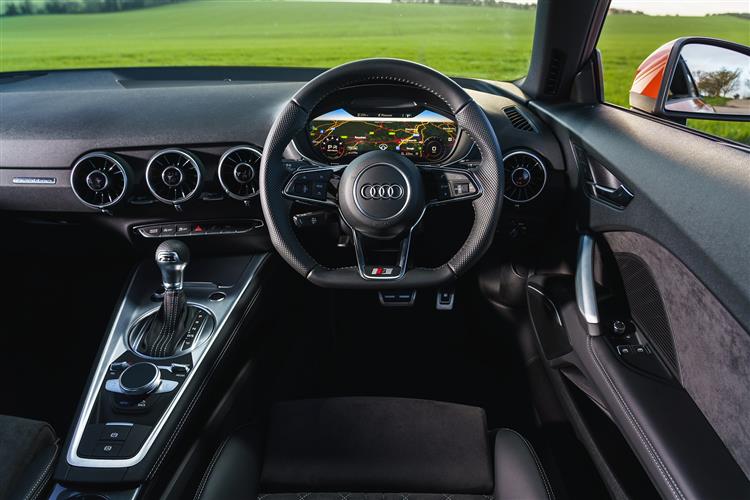 The original first generation Audi TT was always a stunning thing to be seen in. To many, this car was an aspirational bauble of aluminium detailing, casually oozing post-millennium European cool. When first I saw pictures of its third generation replacement though, I can honestly say that I wasn't all that impressed. Yes, the new car looked eye-catching but the shape was all rather familiar. It appeared that the stylists had played it safe. It wasn't until I had the chance to experience the car from behind the wheel that I really appreciated just how hard Audi's engineers had worked to develop this highly advanced coupe, making this MK3 TT an even more involving car to drive. Getting reacquainted with it recently brought all the same feelings flooding back.

Apart from all the technical gizmos (with optional adaptive damping, you can press a button on the gearlever and the ride firms up or softens in milliseconds), the amount of room inside the cabin has been increased in third generation guise. It's now quite possible to include two small children and a better half on an outing in the TT Coupe, something which would have been virtually impossible before without complaints. There's just enough room for the kids in the rear seats without too many complaints but forget trying to accommodate an adult - it's still very much designed as a 2+2 after all. What's more, headroom in the back could still be generously described as tight. Luggage capacity is decent too with 305-litres of space available with rear seats in position and 712-litres with them down. External access is via the sizable boot hatch. OK, it's not the most practical car for the family, that's not what this coupe is designed to be, but it's better at accommodating a family's needs than the previous generation model.

One certainly feels special sitting behind the wheel of a TT Coupe. The cabin has high standards to live up to. Even today, the first generation TT's cabin feels anything but old, with a fascia that still feels smart, while the much-copied aluminium finishes and buttress bars remain slick pieces of detailing. This MK3 car reprises its predecessor's look and feel. Pure, clean lines dominate and seen from above, the instrument panel resembles the wing of an aircraft; the round air vents - a classic TT feature - are reminiscent of jet engines with their turbine-like design. The vents also contain all the controls for the air conditioning system, including seat heating where applicable, temperature, direction, air distribution and air flow strength; as an option they can also house small digital displays which show the chosen setting. Much of the body is made from aluminium and this modern TT's light weight is a key component in enhancing the model's highly impressive handling abilities. It's partly due to the car's light weight that performance is so strong across the model range. There's a 180PS 1.8-litre petrol unit at the foot of the range and volume models offer a choice between 2.0 TDI diesel and 2.0 TFSI petrol power, the latter unit available in either 230 or 310PS outputs. The flagship model is the 400PS 2.5-litre five cylinder TT RS model, which only comes with S tronic auto transmission and can get to 62mph in 4.7s.

Prices for mainstream 2.0-litre petrol and diesel models sit in the £28,000 to £37,000 bracket and all versions of the TT Coupe come with the MMI radio and the electromechanical parking brake. Alongside the S sports seat with various leather and trim variants, options include the advanced key for push-button starting, hill hold assist, high-beam assist, the LED interior lighting package, front seat heating and the storage and luggage compartment package. The connectivity package features the touchpad-based MMI touch system. At the top of the modular range is the 'MMI Navigation plus' set-up with its flash memory, two card readers, DVD drive, Bluetooth interface and voice control system. The 230PS petrol and 184PS diesel models get 17-inch alloys as standard, while 18s and 19s are available at extra cost. Quattro models can be optioned with 20-inch wheels. The S line specification gets its own look for the bumpers, air intakes, grille, sills and rear diffuser, plus larger wheels and the no-cost option of 10mm lower sports suspension. Open-top Roadster versions start at around £30,000.

With decent space, impressive driver involvement and strong safety, Audi's third generation TT remains one desirable sports coupe. Would I like one? Yes please, as long as I can have a practical family car too.

To celebrate twenty years of production, the third generation Audi TT coupe gets a useful package of improvements that include mild changes to the mechanicals, the cabin and the exterior. As before, it really makes the numbers when it comes to performance and efficiency. Choose from 2.0 or 2.5-litre petrol, front or quattro all-wheel drive. As for styling changes to this enhanced model, well the main one is a revised design for the three-dimensional Singleframe radiator grille and larger side air inlets. Inside, the fascia is dominated by the Audi Virtual Cockpit, now featuring an additional sport display providing information on engine output, torque and g forces.

To celebrate twenty years of production, the third generation Audi TT coupe gets a useful package of improvements that include mild changes to the mechanicals, the cabin and the exterior. As before, it really makes the numbers when it comes to performance and efficiency. Choose from 2.0 or 2.5-litre petrol, front or quattro all-wheel drive. Audi's tinkered a little with the engine line-up in this revised MK3 model TT. The old entry-level petrol unit, a 180PS 1.8-litre TFSI powerplant, has now been replaced by a 2.0-litre TFSI powertrain with 197PS (badged '40 TFSI'), while the previous 230PS 2.0 TFSI engine gets a boost to 245PS (and new '45 TFSI' badging). There's now no longer a diesel option. The TTS retains its existing badging but gets a slight reduction in power (306PS, down from 310PS) but a little extra torque to compensate, so the rest to 62mph sprint figure (4.5s) is actually fractionally improved. The flagship model remains the 400PS 2.5-litre five cylinder TT RS, which only comes with S tronic auto transmission and can get to 62mph in 3.7s. In conjunction with the 197PS 2.0 TFSI engine, customers have the choice of a six-speed manual gearbox or a seven-speed S tronic dual-clutch auto transmission. The 245PS unit is available with either the manual gearbox and front-wheel-drive - or with S tronic auto transmission and the multi-plate clutch-based quattro permanent all-wheel drive system. Both versions of the TTS feature quattro as standard. In both transmission types, the close-ratio lower gears enable powerful acceleration, while the wide ratio of each transmission's highest gear reduces the engine speed and with it fuel consumption. By networking quattro drive with the standard 'drive select' driving mode system, the TT driver can adjust the operating parameters of the all-wheel-drive system to suit his or her individual requirements. In "auto" mode, optimum traction and balanced driving dynamics are given priority. In "dynamic" mode, torque is distributed to the rear axle earlier and to a higher degree. In the drive select "efficiency" mode, the set-up can temporarily shut down the quattro system if conditions suit this. Audi's magnetic ride adaptive damper control system is fitted as standard to the TTS and is optional for all other versions. As for styling changes to this enhanced model, well the main one is a revised design for the three-dimensional Singleframe radiator grille and larger side air inlets. Inside, the fascia is dominated by the Audi Virtual Cockpit, now featuring an additional sport display providing information on engine output, torque and g forces. And in summary? Well weight has been taken out to improve efficiency and agility. Big budget has been spent on the suspension and drivetrain. The S tronic gearbox is one of the best twin-clutch systems at any price and there are some enormously clever online systems available if you have the coin. We'd have liked to have seen Audi be a bit more adventurous with the exterior styling, but other than that, this is a desirable package.

Fill out the simple form below to get a quote for this Audi Tt Coupe 50 Tfsi 320 Quattro Tts 2dr S Tronic [c+s] lease.