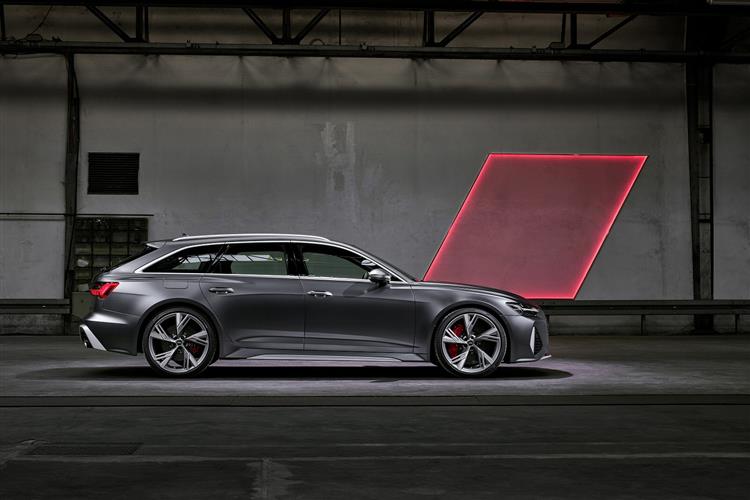 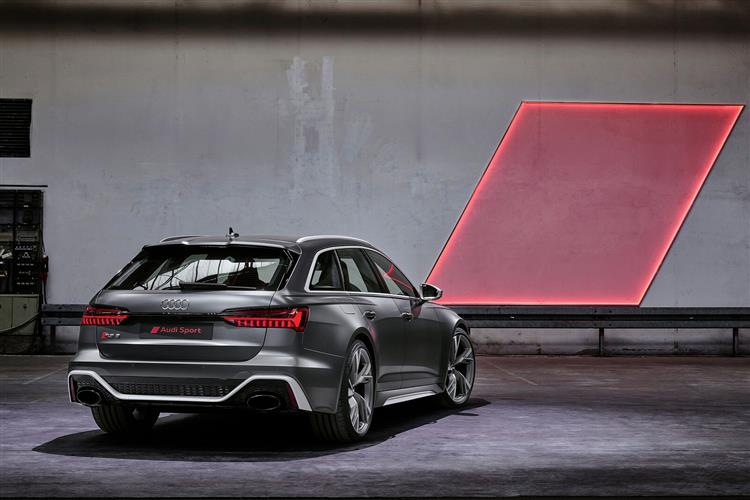 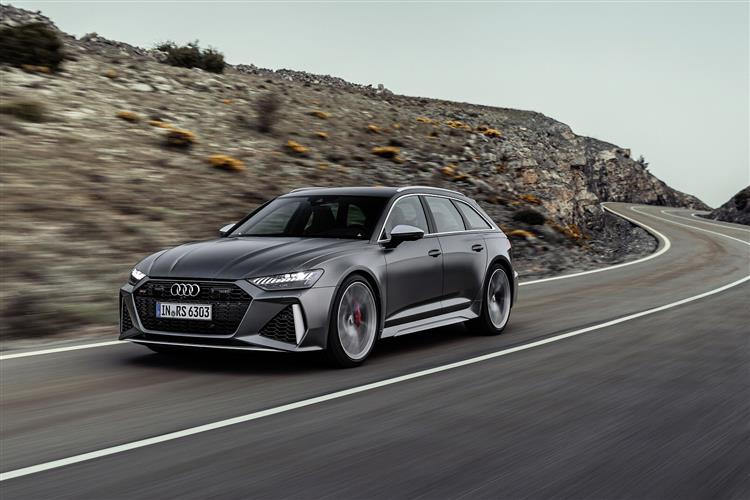 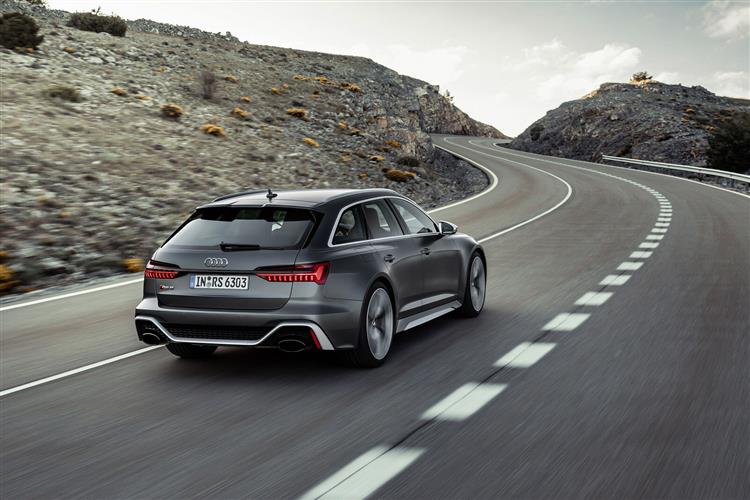 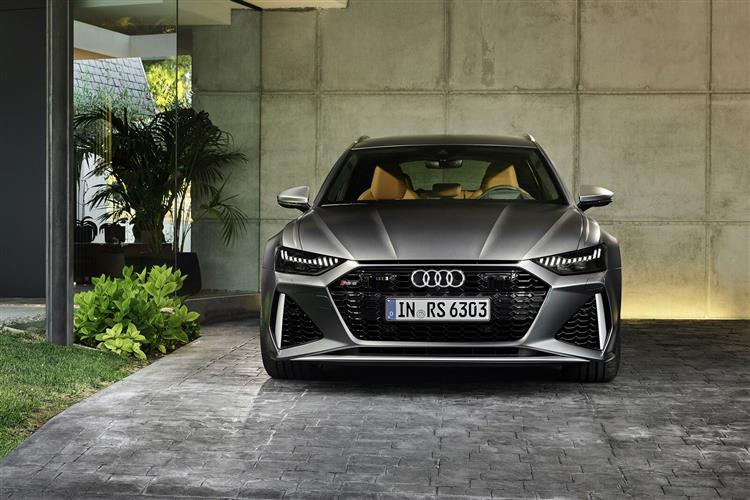 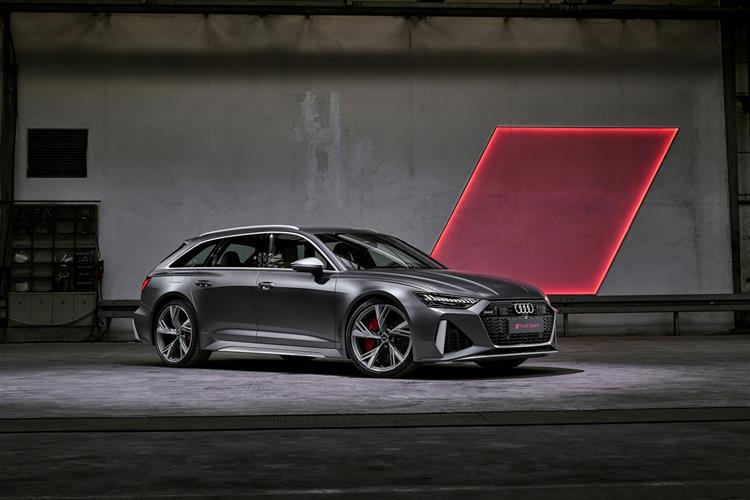 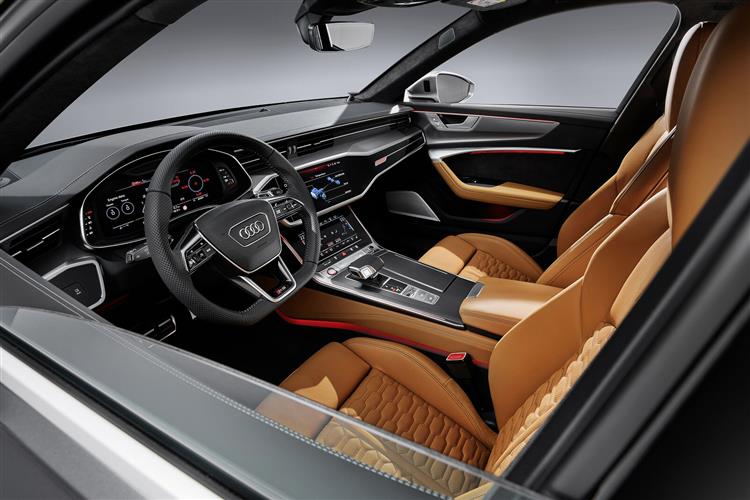 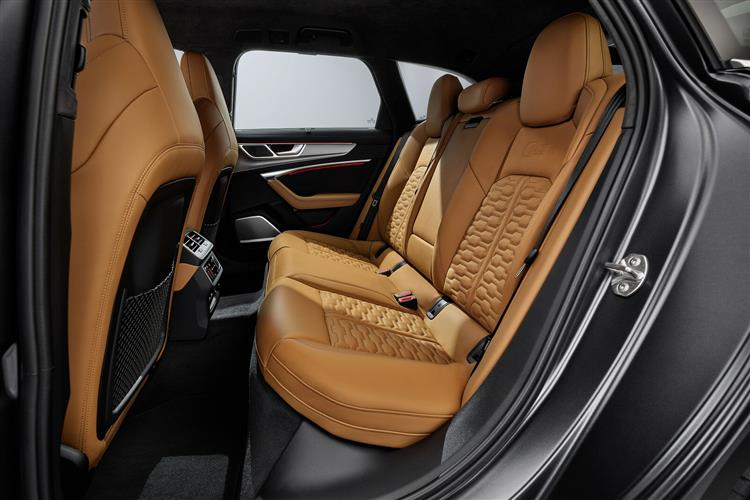 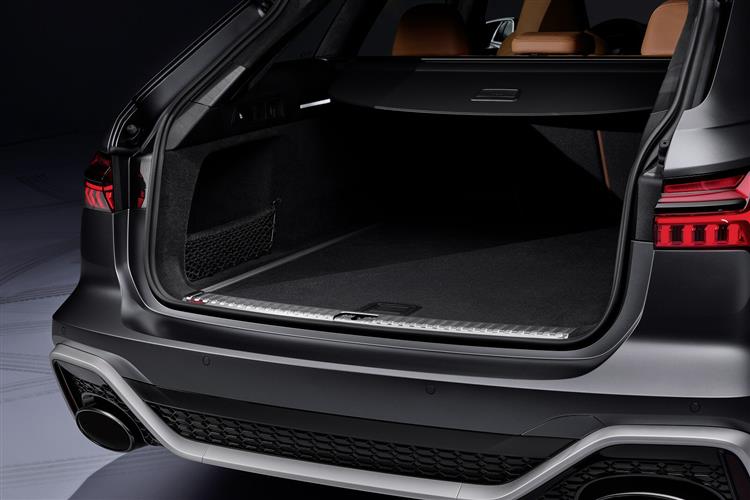 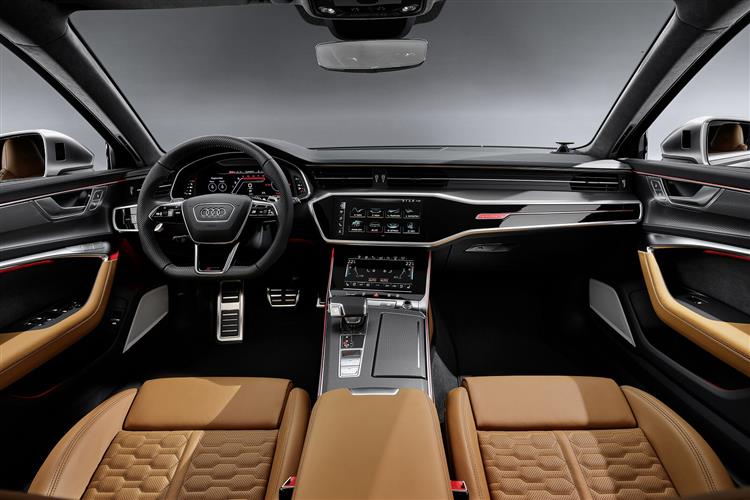 Estates don't come any quicker - and very few cars of any kind do full stop. The RS 6 Avant uses the 4.0-litre TFSI twin-turbo V8 with mild hybrid assistance and a thumping 800Nm of pulling power. The result is 600PS, 0-62mph in 3.6 seconds, 124mph in 12 seconds and one queasy looking Labrador.

One-upmanship, the car industry is awash with it and car enthusiasts wouldn't have it any other way. If the leading manufacturers were any less hell-bent on outdoing their rivals at every opportunity, cars like the Audi RS 6 Avant would simply never have been dragged into being. There are those who will greet news of this 600PS super estate with abject horror and most right-minded observers will at least briefly entertain the possibility that Audi may have gone a shade too far this time, but you have to admire the firm's commitment. For car nuts the world over, the only thing more exciting than the prospect of climbing into an RS 6, firing up the V8 biturbo engine then administering the full beans will be the thought of what BMW and Mercedes will do to top it. Rest assured, as soon as news of the RS 6 broke, the machinations of the powers that be in Munich and Stuttgart will have been directed along similar lines.

The engine in question is the same V8 already found in star cars like Audi's S8 flagship. Don't be dismayed by its extra mild hybrid tech if all you care about is performance. The 4.0 TFSI remains a thoroughbred V8 in terms of character and sound as 62mph flashes by in just 3.6s. And the driver can influence that sound using the Audi drive select system. In the new, customisable RS1 and RS2 modes accessible via Audi drive select, customers decide themselves whether the sound should be full-blooded or balanced. The standard eight-speed tiptronic auto transmission with optimised shift times and a new Launch Control function transmits the power of the 4.0 TFSI to the quattro permanent all-wheel drive system. The drive forces are distributed to the front and rear axle in a ratio of 40:60 via an all-mechanical centre differential. If one wheel slips, more drive torque automatically goes to the axle with the better traction. Up to 70% can be channelled to the front wheels and up to 85% to the rear wheels. There's also wheel-selective torque control for more agile handling, the system braking the wheels with reduced load on the inside of a bend slightly before they can begin to spin. And you get a quattro sport differential that shifts the drive torque when cornering at speed as required between the rear wheels, thus improving traction, stability and dynamics. So there's everything you need to ruin the day of that supercar driver behind.

The RS 6 hints at its fearsome capabilities via a predictably aggressive exterior. With the exception of the front doors, roof and tailgate, the exterior of the RS 6 Avant is different from any ordinary A6 Avant, comprising exclusively RS-specific parts, including a power-dome bonnet, a roof edge spoiler and an RS-specific bumper with rear diffuser. In hallmark RS style, the RS exhaust system flows on both sides into oval chrome-coloured tailpipes. The cabin's decorated with inlays in matt brushed dark aluminium and the centre-dash screen's 'MMI touch response' display is incorporated almost invisibly into the black-panel architecture. There's also an "RS Monitor" display that provides the driver with the option to see an overview of the temperature status of the drive components and the maximum g acceleration figures, along with information on tyre pressure and temperature in the top display. In the Audi virtual cockpit instrument cluster screen, special RS displays provide information on torque, power output, engine oil temperature, boost pressure, lap times, acceleration measurements and g forces. Plus there's a perforated flat-bottomed sport leather steering wheel that features large RS shift paddles made of aluminium and multifunction buttons that allow the driver to also directly select the new Audi drive select RS1 and RS2 modes. And, as ever with an RS 6 Avant, it's practical too. The luggage compartment has a capacity of between 565 and 1,680-litres. The sort of capacity a supercar owner could only imagine.

Whichever way you look at it, buyers will be facing a hefty pricetag for an RS 6 - around £93,000 - which would be a lot for a large estate car but not so much when you consider its performance credentials. Only pure-bred supercars can match the RS 6 for pace and they come with supercar pricetags and supercar practicality, rendering them out of the question for many. Whatever your view on it, there's no doubt that you'll have an easier time justifying the purchase of an RS 6 to your other half that of a Lamborghini Huracan. The RS 6 interior does a decent job of justifying the car's pricing. The standard A6 feels genuinely special inside with some beautiful design touches and real quality throughout. This gives the RS6 a solid platform which it builds on with Valcona leather ventilated RS sports seats, a flat-bottomed RS steering wheel and expensive-looking aluminium detailing. There are read-outs for turbo boost pressure and oil temperature too. The paint range for the RS 6 Avant includes thirteen colours, including the two RS-specific colours, 'Nardo grey' and 'Sebring black' crystal effect, along with a choice of five matt-effect paint finishes.

Thanks to its new 48-volt mild hybrid electrical system, the twin-turbo V8 combines maximum performance with surprising efficiency. Audi says up to 22.6mpg is possible on the WLTP combined cycle. A belt alternator starter lies at the heart of the mild hybrid system and up to 12kW of power can be recovered during light deceleration and stored in a separate lithium-ion battery. If the driver lifts off the accelerator at a speed of between 34 and 99mph, the drive management selects one of two options. Depending on the driving situation and setting in the standard Audi drive select dynamic driving system the car recovers energy or coasts for up to 40 seconds with the engine switched off. Re-applying pressure on the accelerator instructs the belt alternator starter to restart the engine. MHEV technology allows for start/stop operation at speeds of up to 13mph. Another key efficiency-focused component is the cylinder on demand (COD) system, which at low to intermediate loads and speeds deactivates cylinders 2, 3, 5 and 8 in the high gears by switching off injection and ignition and closing the intake and exhaust valves. In four-cylinder operation, the operating points in the active cylinders are displaced toward higher loads in areas of the characteristic map with higher efficiency, while the deactivated cylinders largely run without losses, like gas springs. When the driver presses the accelerator pedal, they are reactivated instantly.

So exactly who is it that goes out and buys a vehicle capable of transporting a family of four and their holiday luggage on a sub 8-minute lap of the Nurburgring Nordschleife, overtaking a gaggle of supercars in the process? The Audi RS 6 Avant is definitely not your average executive saloon or estate and that's a given. It's a car with an awesome array of talents, from its 600PS performance to its 1,680-litre payload capacity, and one that takes the executive supercar arms race to a whole new level. Some will find the idea of a saloon or estate car with 800NM of grunt from a 4.0-litre biturbo V8 difficult to reconcile with the modern motoring age of proliferating speed cameras, spiralling fuel prices and emissions-based vehicle taxation. In the end, though, if the RS 6 buyers aren't forthcoming, the bottom could potentially fall out of this highly specialised and proudly contested market sector. That would deny car enthusiasts the world over the opportunity of seeing where those crazy Germans will go from here.

Fill out the simple form below to get a quote for this Audi Rs 6 Avant Rs 6 Tfsi Quattro 5dr Tiptronic [comfort + Sound] lease.