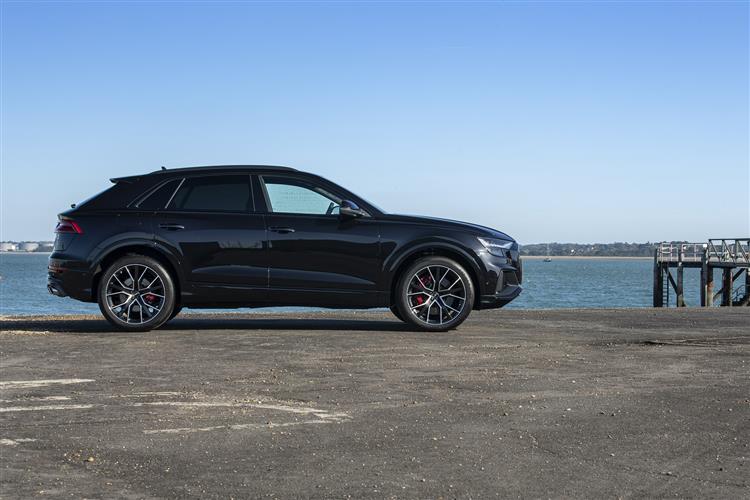 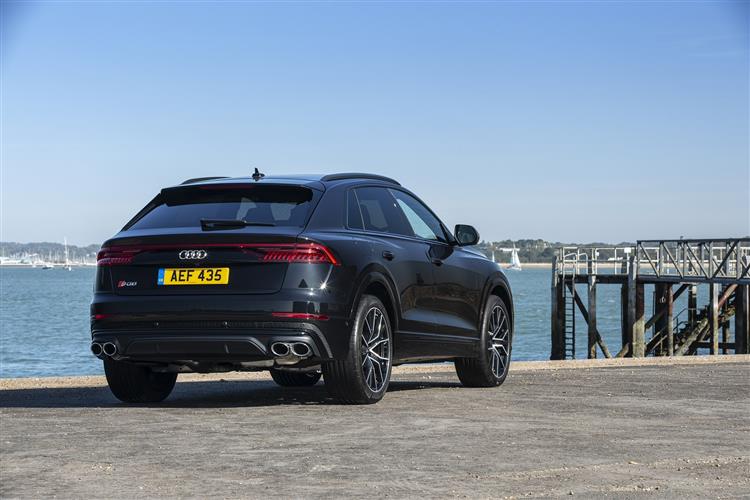 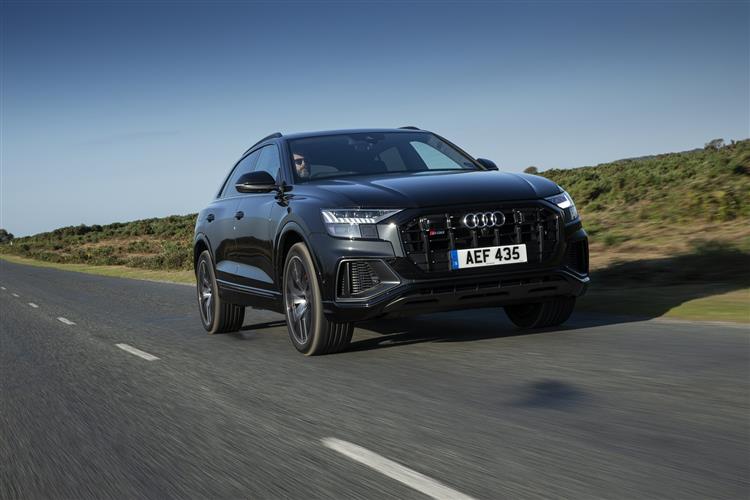 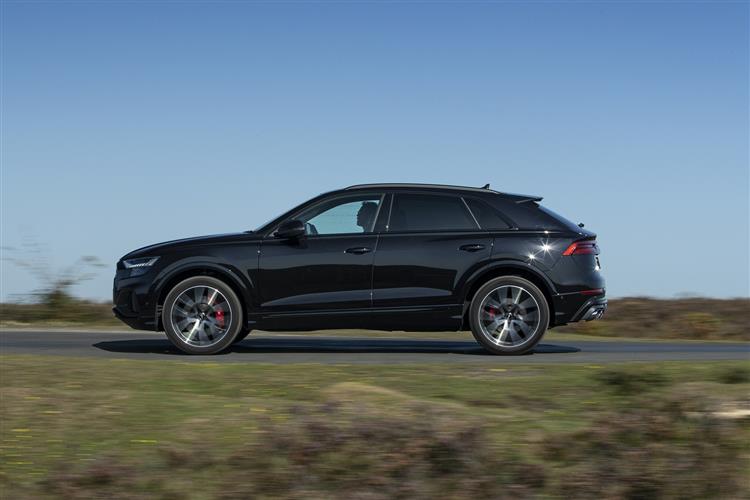 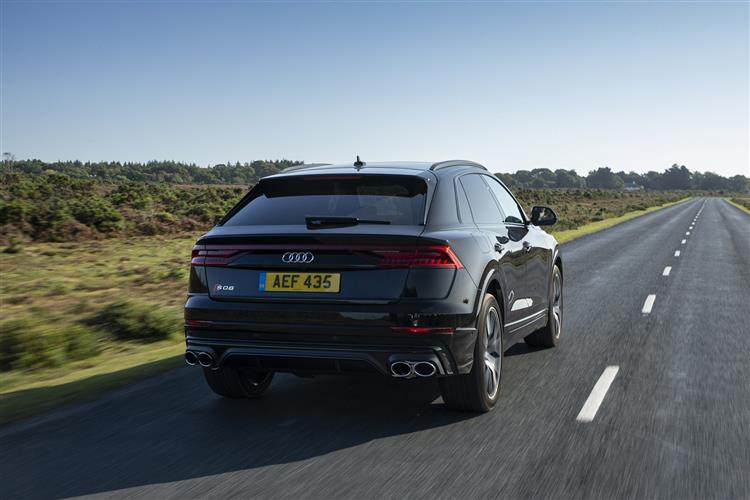 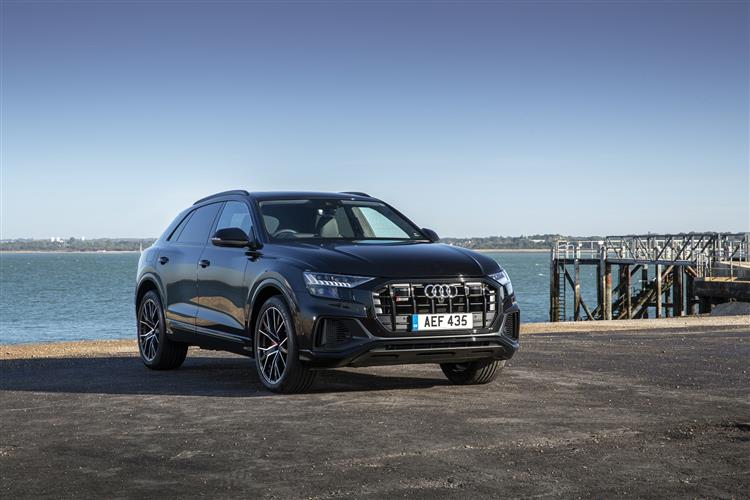 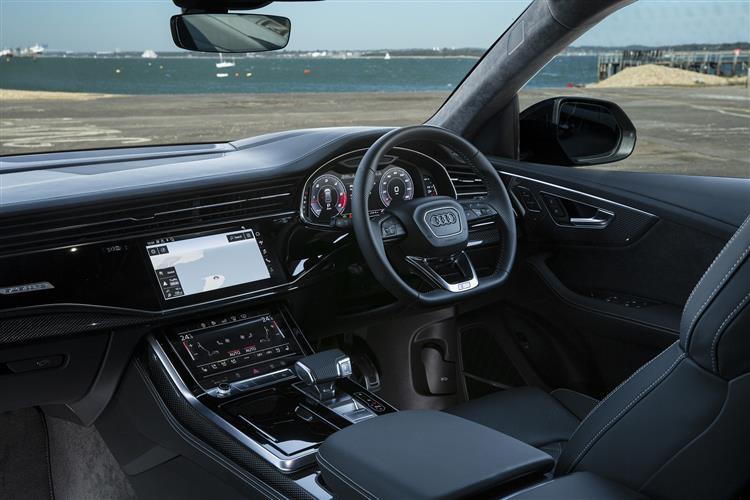 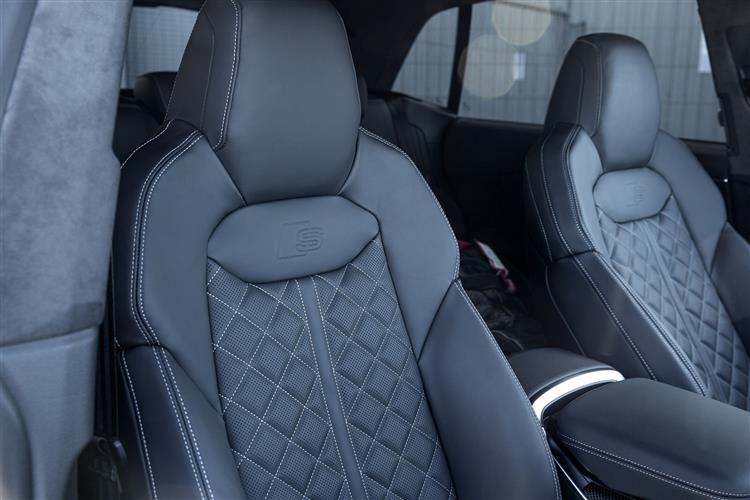 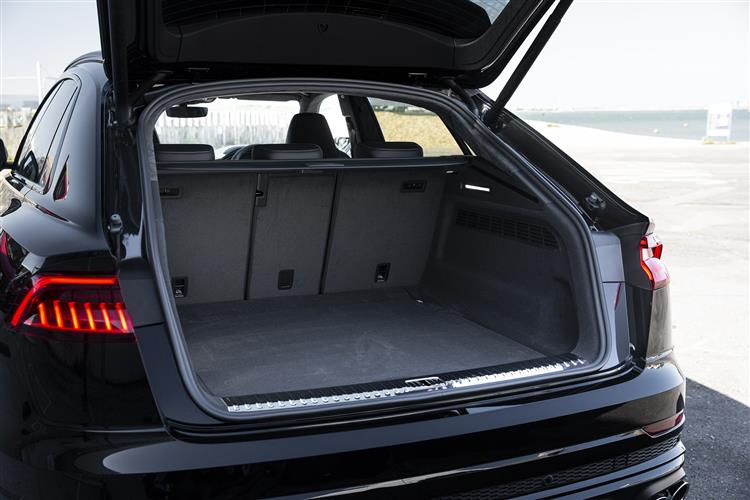 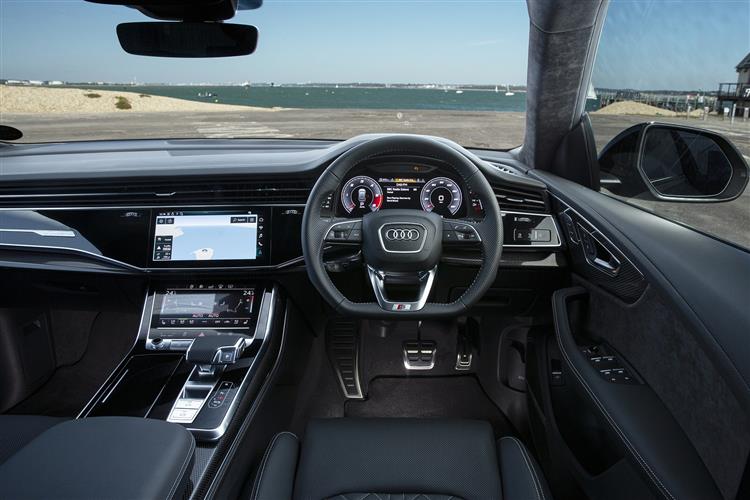 The SQ8 isn't the ultimate Q8 model, but it might well be for some potential owners. After all, there's 900Nm of pulling power and the kind of performance you might expect from a thoroughbred sports car. From a sporting large coupe-style luxury SUV regularly capable of over 30mpg thanks to its 4.0-litre TDI diesel engine. Quite a combination.

You might well think this strange confection. The SQ8 uses elements of hybrid technology, but not petrol power. It sprints to 62mph in under 5 seconds but under the bonnet beats a diesel engine. It's theoretically an SUV but you'd never take it off road. And all of that before you start to get your head around the styling concept this Audi wholeheartedly embraces, that of the SUV coupe. So the SQ8 defies convention; that much is clear. It doesn't need the performance to rival the very fastest large luxury sporting SUVs like the Range Rover Sport SVR or the Porsche Cayenne Turbo because Audi has the petrol-powered RS Q8 model to do that. This SQ8 variant though, is arguably a more complete car than its RS stablemate. And here, we'll explain why.

Just because this SQ8 uses diesel power, don't think it can't be as quick as an obvious petrol-engined rival with a similar output - like the Mercedes-AMG GLE Coupe 53 4MATIC+ for instance. A more natural competitor is the diesel-engined BMW X6 M50d, but that uses six cylinder power. In this Audi, you get a 4.0-litre biturbo V8 delivering 435PS and a mammoth 900Nm of torque, credentials that theoretically enable it to propel the SQ8 with sports car-style acceleration. Rest to 62mph requires only 4.8 seconds and top speed has to be restricted at 155mph. An electrically powered compressor aids the turbochargers when starting off and when accelerating at low engine speeds. Plus it's assisted by the car's 48V on-board mild hybrid electrical system. All of that leads you to expect a really slingshot feel at the wheel, but the actual reality of torque to the tarmac is a little limited by the slight laziness of the 8-speed tiptronic auto gearbox - though you can quicken things up by using the manual gearshift paddles provided behind the steering wheel. Spend a bit more on your SQ8 and you can get the car fitted out with rear wheel steering, active anti-roll bars, carbon ceramic brakes and a Sport differential which helps to get the power down at speed through tight turns. Air suspension is standard. You might worry that the V8 diesel will sound somewhat rumbly, but it's actually got a lovely gravelly drive note. Audi has fitted speakers both in the exhaust and inside the cabin to digitally enhance the engine sound.

There's plenty of pavement theatre here, as you'd expect from a coupe-style large sporting SUV, especially one this powerful. Exterior highlights include the imposing octagonal single frame front grille, pronounced quattro blisters above the wheel arches and striking underbody protection. HD matrix LED headlights flank the grille and at the back, there's the full-width light strip which is characteristic of all high-end Audi models. At the wheel, the interior is primarily finished in black, with diamond-stitched Valcona leather upholstery. As usual in a large luxury Audi, the centre part of the fascia is made up of two large touchscreens with haptic and acoustic feedback. The upper display, which is integrated in a large high-gloss black bezel, is almost invisible when switched off and is used to control the infotainment and navigation systems. You'll use the lower display for managing the heating and air conditioning functions, as well as convenience features and text input (which can be done with your fingertips). As you'd expect, the Audi Virtual Cockpit screen for the instrument binnacle is standard and the top variant gets a head-up display too. Unlike the SUV this model is based on, the Q7, this design can't offer a third seating row, but Audi insists that there's ample room for three people across the back seat, pointing out that the interior space exceeds that of the direct competitors in almost all relevant dimensions. The luggage compartment holds 605-litres, which increases to 1,755-litres with the rear backrests folded down. Two golf bags can easily fit in diagonally.

Audi wants around £79,000 for this SQ8 in standard form. That sounds a lot - it is a lot - but it's about the same as you'd pay for this car's two closest rivals, the Mercedes-AMG GLE Coupe 53 4MATIC+ (which is petrol-powered) and the BMW X6 M50d (which is diesel-engined). If it's an SQ8 you desire and you want it fitted with all the bells and whistles, then your dealer will point you towards the top Vorsprung-spec model which costs just over £101,000. Either way, as you'd expect, lots of kit comes included as standard. HD Matrix LED headlights illuminate the road and inside there's diamond-stitched black Valcona leather upholstery. Infotainment is taken care of by a top-of-the-line MMI navigation plus setup, which has an integrated data transfer module supporting the LTE advanced standard. The navigation system features a range of intelligent functions. For instance, it recognises the driver's preferences based on previous journeys and can therefore make intelligent suggestions. Safety kit includes city cross traffic assist front and rear, exit warning and active lane assist, all fitted as standard. You have to pay extra for adaptive cruise assist though, but it's probably worth it, this feature incorporating the functions of adaptive cruise control, traffic jam assist and active lane assist. In conjunction with the on-board efficiency assistant, the system predictively slows down and accelerates the SQ8 based on its evaluation of sensor information, navigation data and road signs.

Diesel engine or not, this is a big heavy luxury SUV and the WLTP efficiency figures reflect that. Combined consumption is quoted at between 31.0 and 31.4mpg and the CO2 return quoted at 239-235g/km. The V8 powerplant is mated to a 48-volt on-board electrical system, the backbone of the MHEV mild hybrid set-up which has a compact lithium-ion battery serving as its energy storage unit. The belt alternator starter (BAS), which is connected to the crankshaft, allows up to 8kW of recuperation power to be generated during deceleration and can feed this energy into the battery. If the driver lifts off the accelerator at speeds of between 34mph and 99mph, the Audi SQ8 can, depending on the situation, either recuperate, travel with the engine at idle, or coast with the engine completely deactivated for up to 40 seconds. The BAS restarts the engine the next time the accelerator is depressed, and does so faster and more gently than a conventional starter. It also raises the operating threshold of the start/stop function, enabling the engine to be deactivated at speeds of 13mph and below. The system thereby contributes usefully to efficiency - though you shouldn't get your hopes up too high here. Audi reckons it'll save you half a litre of fuel every 62 miles.

It's hard to assign any kind of logic to the prospect of choosing a stylised large luxury SUV with sports car performance. But if you ever did, this one might well be high on your list. Equivalent versions of the BMW X6 and the Mercedes GLE Coupe offer a similar formula of stirring diesel drive, SUV aggression, sumptuous luxury and a coupe silhouette. But this SQ8 does it with its own unique blend of cool sophistication. Given the Top Trumps stats, it probably ought to feel faster than it does, but likely buyers might not ultimately care too much about that. For them, this might well be the ultimate Q8 - possibly even the ultimate Audi. An RS Q8 (or possibly an R8 sports car or an RS 5 Gran Turismo hatch) might feel more exciting on a short test drive, but this SQ8 is the car you'd want to actually own if you could only have one. But of course, most at this price point can have a variety of cars to fill their oak timbered garages. They don't need one, like this, that can (almost) do it all. That kind of CV's nice to have though. Isn't it?

Fill out the simple form below to get a quote for this AUDI Q8 DIESEL ESTATE SQ8 TDI Quattro 5dr Tiptronic [C+S] lease.