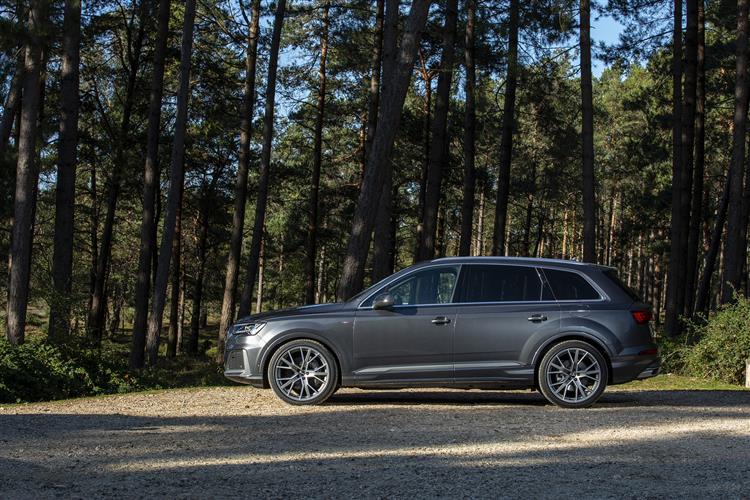 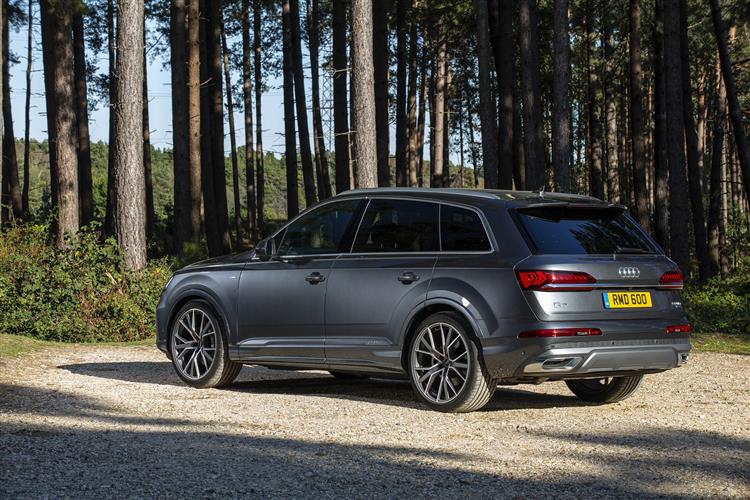 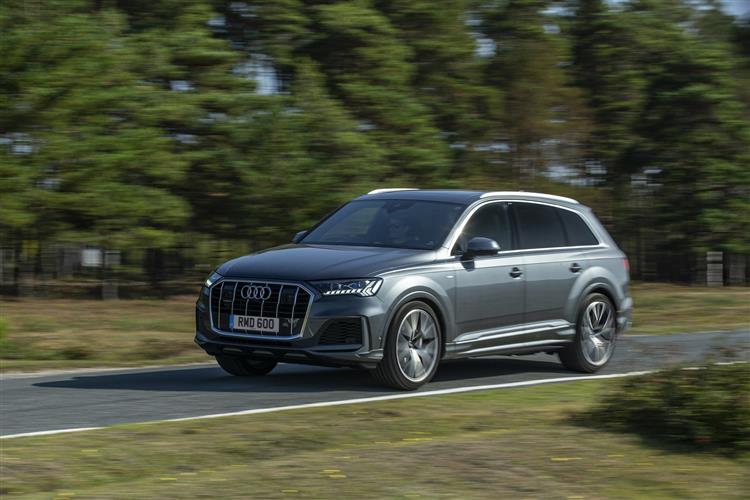 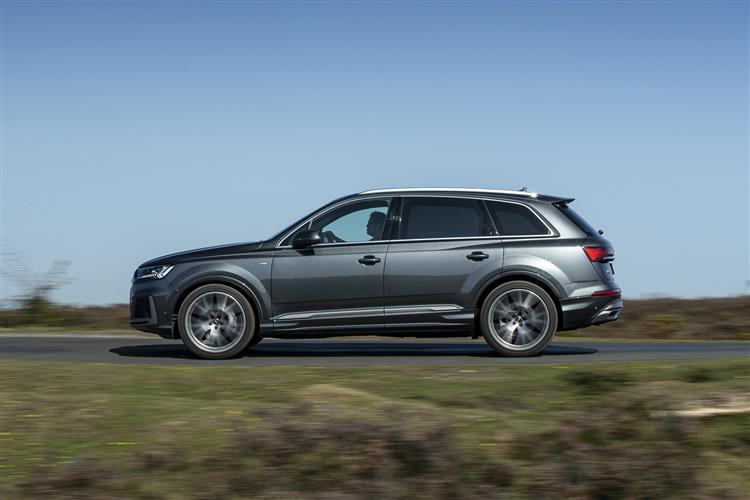 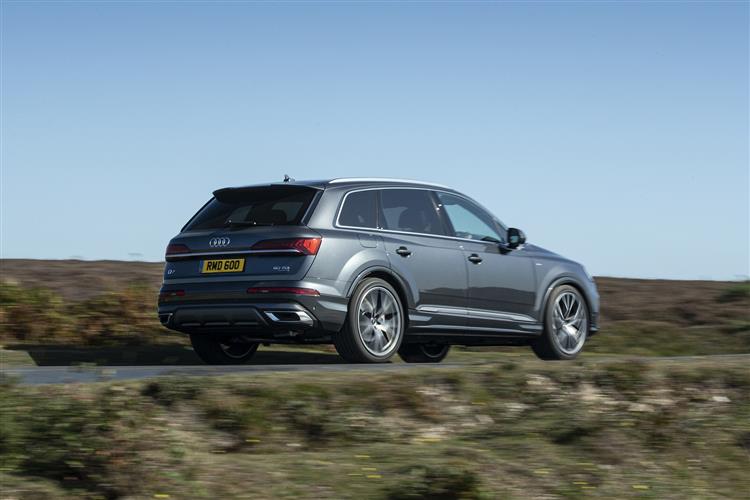 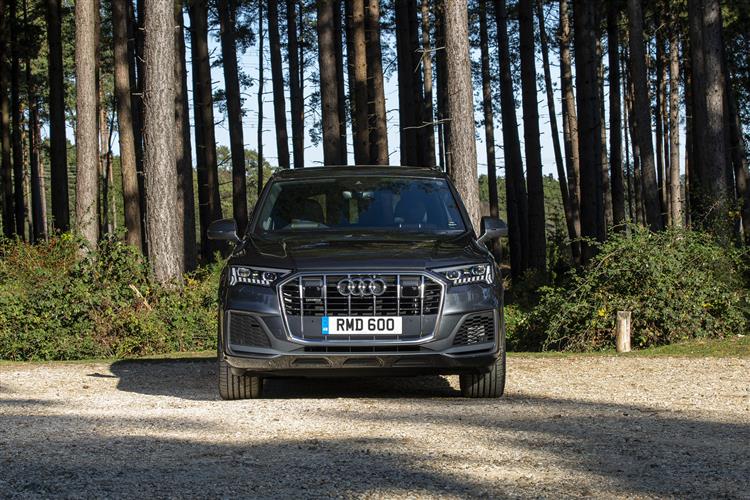 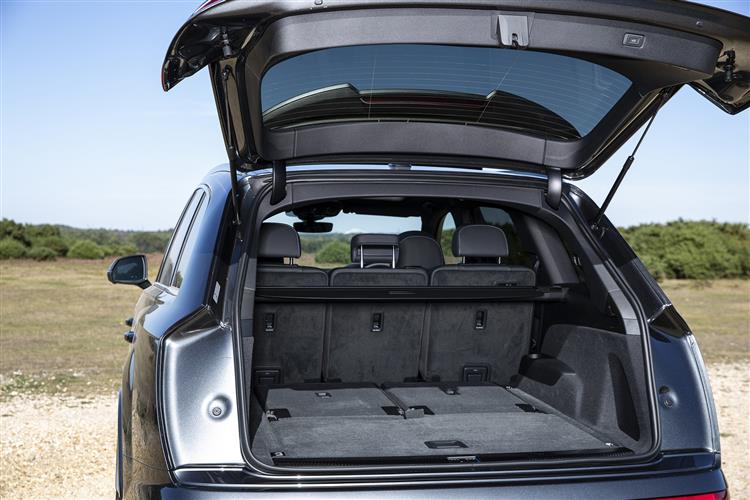 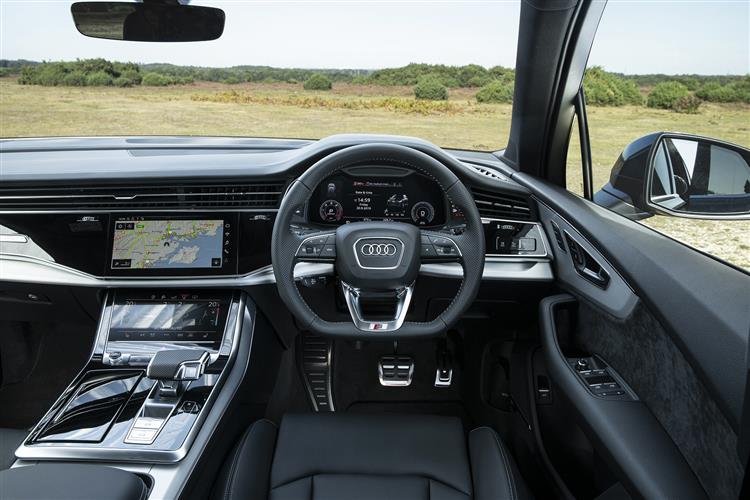 Audi's Q7 seven-seat luxury SUV has always made a big impact, but the improved version of this second generation model aims to be a little smarter than its predecessors - in more ways than one. The Ingolstadt brand has not only sharpened the styling but also introduced efficient mild hybrid technology that features in the 50 TDI diesel variant we're going to test here. Plus the Ingolstadt maker has installed one of the classiest cabins in the segment. As a result, if you really want a car of this kind, you may well find yourself really wanting this one.

This improved version of the 'Type-4M'-series MK2 Q7 model is dynamically very different from the large, lumbering original Q7 design introduced back in 2005. Which is just as well given that since the second generation Q7 was first launched in 2015, we've seen all-new versions of rivals like BMW's X5, the Mercedes GLE and the Land Rover Discovery, with nearly every competing brand in the sector copying this Audi's provision of seven seats to suit larger families. Upper-spec Q7s now also have BMW's all-new X7 and a fresh generation version of the Mercedes GLS to deal with too. Audi's taken the opportunity here for a quick stylistic nip and tuck and there's a classier cabin, along with extra safety and autonomous driving tech. Plus air suspension's now standard across the range. But will it all be enough to allow the Q7 to keep pace in this rapidly evolving segment? Let's find out at the wheel of the volume 50 TDI diesel version.

Audi is offering its latest 48-volt mild hybrid engine technology with the revised version of this second generation Q7. That sees an integrated 'BAS' belt alternator starter-generator powering a 48-volt main electrical set-up in which a compact lithium-ion battery in the boot stores energy harvested via a 'KERS' kinetic energy recovery system. That additional electricity might be used either to boost the engine while accelerating, or to restart it when the stop/start system kicks in at low speeds. The technology's seamless and now features right across the range, which kicks off with two 3.0-litre V6 TDI options, either the base 45 TDI variant (which has 231PS) or the 50 TDI powerplant we tried (which offers 286PS). This engine is one of Audi's best, creamy smooth, superbly refined and generally torquey, equipped with 600Nm of pulling power. As before, this isn't a large SUV that particularly likes being hurried, but there's plenty of cornering traction, courtesy of torque vectoring and quattro 4WD, plus a 4-Wheel Steering set-up adds extra manoeuvrability to top 'Vorsprung'-spec models. Adaptive air suspension is now standard across the range, which helps you cruise over tarmac tears and speed humps, plus it lowers the car at highway speeds and can be raised for the greater degrees of off road prowess you'll probably never need.

This second generation Q7 has always been less showy about its size than its predecessor, with sharp shoulder lines and sculpted lower side blades attempting to subtly disguise its still prodigious bulk. With this improved model, there's still more to distract your attention, thanks to a package of stylistic Q model hallmark features mainly borrowed from this car's sportier showroom stablemate, the Q8. Primarily, that means the adoption of a large octagon-shaped Singleframe grille with six upright slats. Inside, it's all very different to anything a Q7 driver will have experienced before, thanks to Audi's so-called 'luxury lounge' cabin architecture. You're going to need to like screens because this gloss black-panelled layout incorporates no fewer than three of them, the two you'll notice first powering up as soon as the door is opened and dominating the upper and lower parts of the shiny centre stack. The gently curved upper 10.1-inch display deals with the most important radio, media and telephone functions while the lower 8.6-inch monitor is reserved for more comfort-orientated mainly climate-related features. Both screens interact with the optional 12.3-inch 'Audi Virtual Cockpit' instrument binnacle screen you view through the three-spoke wheel. Out back, the middle seats slide and recline - which is just as well because you'll need to push them forward a bit if you're to get adults into the third row. Depending on the position of the rear seat backs, the luggage compartment offers between 865 and 2,050-litres of capacity across a flat load area.

Audi reckons that around 90% of buyers of this improved second generation Q7 will be buying a 3.0-litre diesel 45 TDI or 50 TDI variant with either of the two main trim levels - 'Sport' or 'S line'. From the launch of this revised 'Type 4M'-series design, that meant asking prices in the £56,000 to £63,000 range - plumb in the sweet spot of what you'd expect to have to pay for a luxury SUV of this kind. If you want a Q7, it's best to think of the need to pay at the upper end of that bracket, because it's probable that you'll want add on a couple of £3,000 premiums. One for the 'S line' trim package that lifts the look and feel of this Audi quite a lot. And the other to trade up from the 231PS diesel of the base 45 TDI variant to the torquier 286PS unit fitted to the 50 TDI derivative that we tried. When it comes to alternatives to this Audi, potential buyers will most commonly be looking at either a Land Rover Discovery, a Mercedes GLE or a Volvo XC90 (all versions of which come with seven seats as standard - or virtually all, in the case of the Mercedes). Perhaps a Q7 buyer might also possibly be considering either a BMW X5 or a Range Rover Sport (where a couple of occasional extra chairs in the boot can be added in as an optional extra).

All the 'hybrid' headlines surrounding this revised post-2019-era Q7 model might lead you to expect greater efficiency gains than are actually delivered. Audi's claim for the difference its 'MHEV' or mild hybrid system makes is actually quite modest - a saving of 0.7-litres of fuel every 100kms or 62 miles. All of which sounds good, but in fuel consumption terms still leaves the volume diesel versions of this car adrift of BMW and Mercedes rivals that don't yet feature mild hybrid tech, so something's not quite right somewhere. To be specific, a Q7 50 TDI S line variant like the one we're trying here manages up to 33.2mpg on the WLTP combined cycle and 180g/km of NEDC-rated CO2. To give you some class perspective, a directly comparable but more conventionally-engined BMW xDrive30d M Sport manages up to 37.7mpg and 165g/km. But if you want a more specific comparison, take a look at how effective a mild hybrid set-up can be by checking out the fuel and CO2 figures of the Volvo XC90 B5 diesel, which at the time of this test was the only other model in this segment featuring such an electrified set-up. That Swedish contender manages up to 44.1mpg and 154g/km of CO2.

In summary, a significant package of updates has enabled this Q7 to continue to compete on equal terms with much newer designs in this segment - and that's no mean achievement. Are there issues? A few. We're a little disappointed that the much-trumpeted mild hybrid tech hasn't delivered more in terms of efficiency gains. And there are elements of the signature twin-touchscreen cabin that that in our view slightly prioritise style over function. It all looks pretty smart though. And very high-end. Potential buyers though, will be attracted not only by this SUV's cool, classy feel but also by strong residuals that deliver overall running costs which remain very competitive, especially with this 50 TDI variant. Other competitors might be glitzier, but this Ingolstadt contender remains an all-round proposition that's very difficult to beat.

Fill out the simple form below to get a quote for this Audi Q7 Diesel Estate 45 Tdi Quattro Black Edition 5dr Tiptronic [c+s] lease.