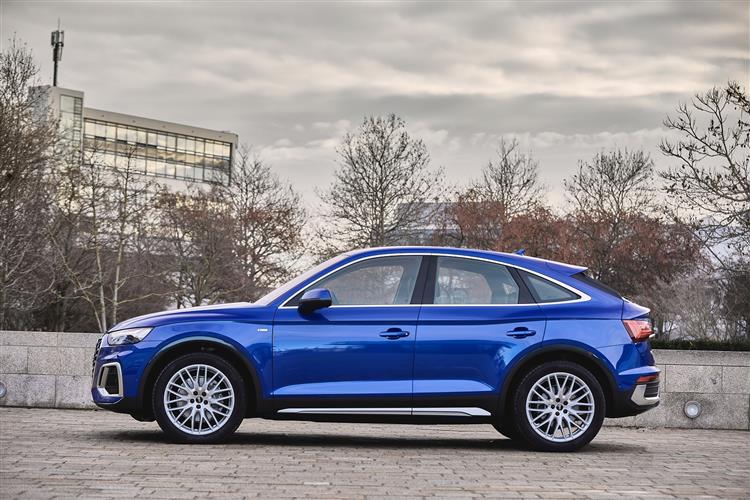 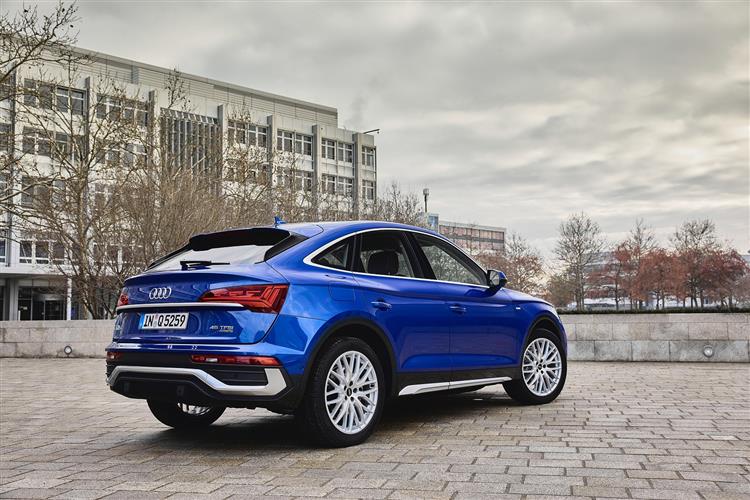 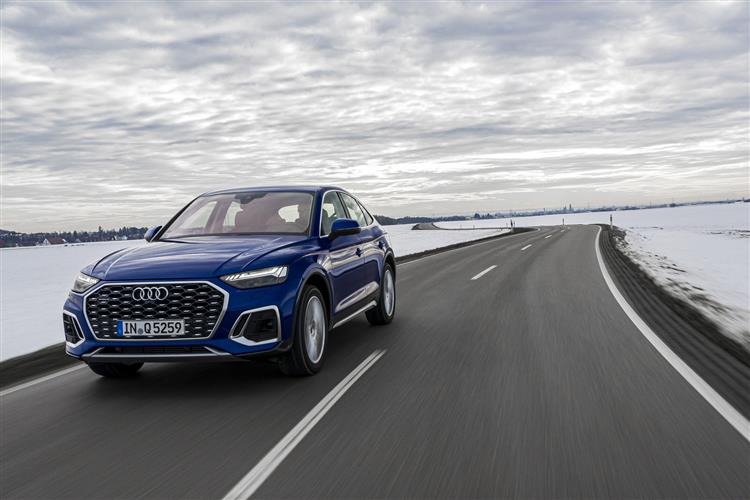 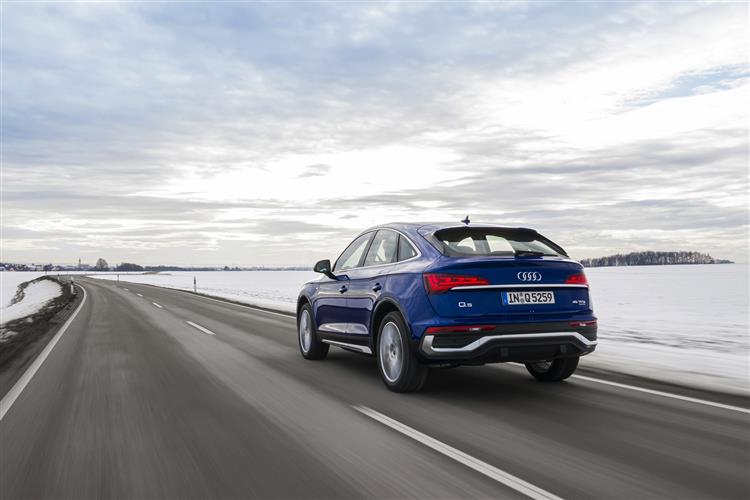 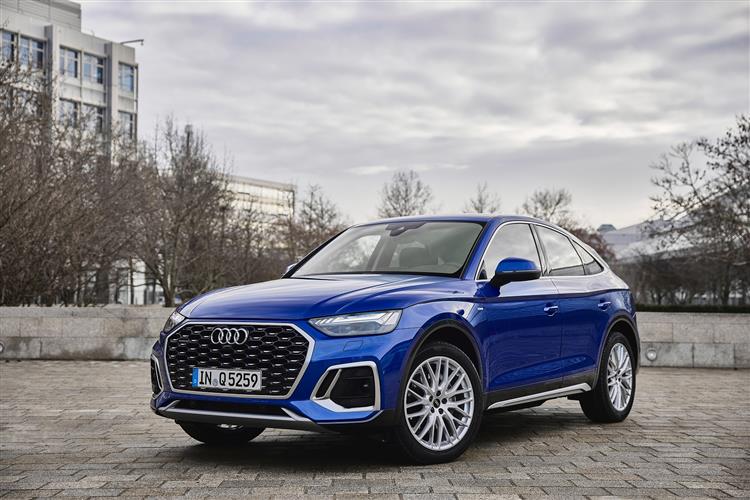 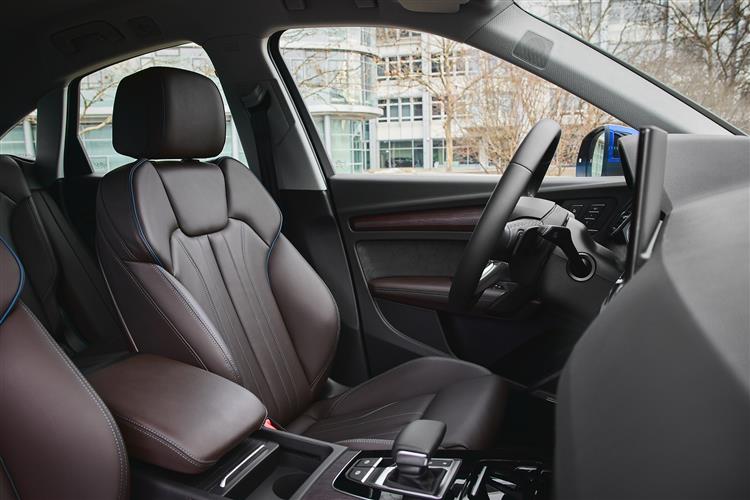 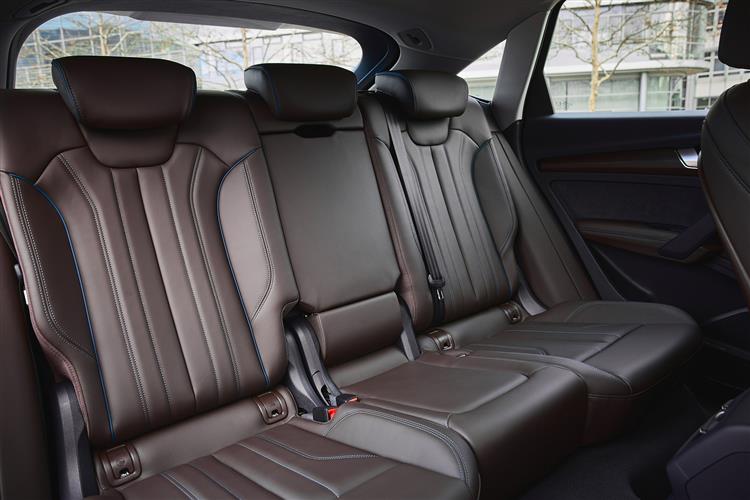 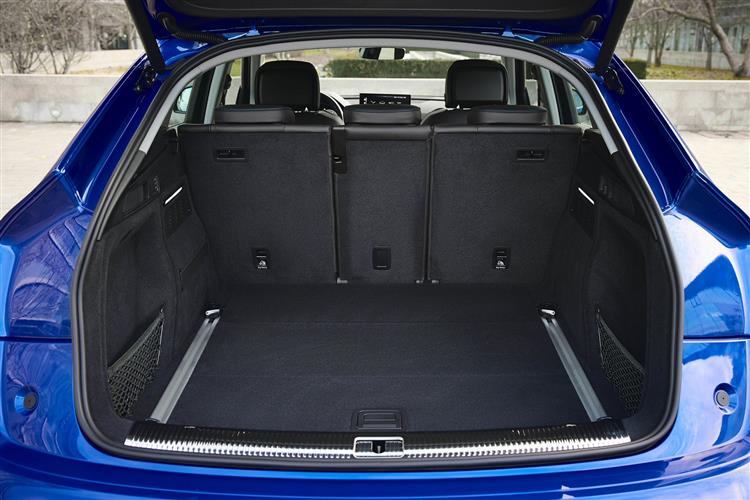 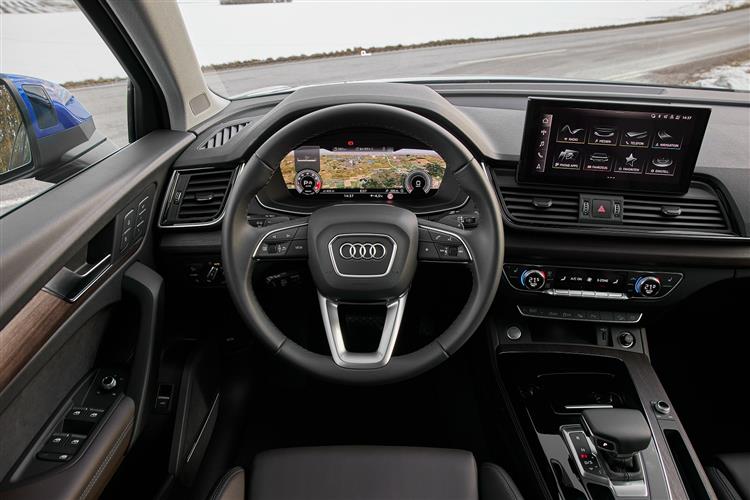 Audi's usually pretty good at filling obvious market niches but the brand was slow to spot the potential of coupe-style SUVs. The first such Ingolstadt model, the Q3 Sportback, wasn't introduced until 2019 - and that wasn't large enough to take on two more established mid-sized coupe-SUV contenders, the BMW X4 and the Mercedes GLC Coupe. Here though, is an Audi that is, the Q5 Sportback. This Mexican-built model is significant in the way it will considerably broaden the appeal of Audi's global bestseller - over 300,000 Q5s were delivered in 2019. And its arrival now means that the Ingolstadt maker has the widest range of coupe-SUVs on the market, the Q3 and Q5 Sportback models sharing showroom space with the brand's all-electric e-tron Sportback.

Though the engineering isn't really any different here from an ordinary Q5, this Q5 Sportback will feel a bit different to drive from most standard models because it only comes with firmer sports suspension. You might think it too firm, in which case you'll be minded to pay extra for either adaptive damping or full air suspension. The mainstream engine range is based around a couple of 2.0-litre models, the 204PS 40 TDI (diesel) and the 45 TFSI (petrol). These use a 7-speed S tronic dual clutch auto transmission. If you want more power, there's a potent SQ5 Sportback diesel variant with a 341PS twin turbo V6 TDI unit beneath the bonnet, mated to an 8-speed tiptronic auto transmission. You can also ask your Audi Centre about a couple of plug-in hybrid TFSI e petrol models, a 50 TFSI e variant, which offers 299PS, and a more potent 55 TFSI e version with 367PS. Whatever Q5 you choose, it'll come with a quattro all wheel drive system that in some cases includes an on-demand system that can disengage the rear axle in everyday driving conditions for maximum efficiency, then reconnect it predictively within fractions of a second when required. The 'Audi drive select' driving modes dynamic handling system puts the driver in control of several technical components, including the air suspension in top variants.

There are no half measures here. The Q5 body shape has been completely re-designed from the B-pillar backwards, with a sloping roofline and a tapering rear window. Plus the lower body line has been raised to make the car appear longer - it actually is, but only by 7mm, due to a protruding set of OLED tail lamps which, in a segment first, can be customised with a choice of three lighting signatures. There are changes at the front too, the Sportback-specific grille featuring a bespoke honeycomb-style design borrowed from the brand's S performance models. This is flanked by the latest LED headlights lately introduced into the standard Q5. Inside, it's the same as that standard model up-front of course - which means that like the latest improved version of the ordinary Q5, you get Ingolstadt's latest third generation MIB 3 infotainment platform with its bigger 10.1-inch screen. Plus a 12.3-inch 'Virtual Cockpit' instrument binnacle display of course. Out back, rear seat passengers lose 1-2cms of headroom to the sloping roofline, but can still benefit from the optional 'rear bench seat plus' sliding bench. Boot capacity falls from 550 to 510-litres, though you can increase that to 1480-litres by folding the rear seat.

Expect only a small price premium to have this Sportback bodyshape rather than the standard SUV Q5 body style. That'll mean asking prices for mainstream variants that mostly fall in the £45,000 to £55,000 bracket and the mainstream range is based around 'Sport', 'S line' and 'Vorsprung' trim levels. All versions get a large 10.1-inch centre-dash MMI infotainment screen and a standard Audi Virtual Cockpit 12.3-inch instrument binnacle screen. Even base 'Sport' derivatives feature full-leather upholstery - there's alcantara and leather in the mid-range 'S line' versions or diamond stitched Fine Nappa leather with the top flight 'Vorsprung' trim. As befits their status, the 'Vorsprung' models also feature an extended upholstery pack which takes in the lower section of the centre console and the door armrests, plus full electric adjustment and a massage function for the front seats. At this top level in the range, the outer rear seats are also upgraded with heating to match the front seats - which are heated throughout the range. Across the line-up, you get front and rear parking sensors complemented by a reversing camera and cruise control, plus the 'Pre sense city collision avoidance and mitigation' system and 'hill descent control'. Q5 Sportback 'Vorsprung' variants supplement this tally with upgraded adaptive cruise control and Pre sense systems, as well as assistants to take care of everything from manoeuvring into a parking space and then reversing out again to turning at junctions, monitoring blind spots and observing motorway lane boundaries.

This second generation Q5 design has always been very class-competitive in terms of efficiency - and that's reflected by the WLTP figures here. The 40 TDI diesel variant manages up to 44.8mpg on the combined cycle and up to 166g/km of CO2. These excellent figures have been aided by the so-called 'twin dosing' catalytic converter technology for this variant's 2.0 TDI unit, which features dual AdBlue injection, significantly increasing emissions cleanliness. With 'twin dosing', AdBlue is injected upstream of two SCR catalytic converters arranged in series, with the result of cutting emissions of nitrogen oxide emissions by up to 80% compared with older versions of this engine. the 45 TFSI petrol model manages up to 33.6mpg and up to 192g/km. Elsewhere in the range, the SQ5's 3.0 TDI diesel delivers 34.4mpg and 216g/km. For the 50 TFSI e plug-in petrol/electric variant, it's up to 188.3mpg and up to 37g/km. And residuals? Well, trying to buy a used Q5 is quite a depressing experience as they cling onto their value with some tenacity. This is great news for the new buyer and part of a trend certain to continue with this Sportback model. After the usual three year / 60,000 mile ownership period, expect it still to be worth around 45% of what you originally paid for it.

It's surprising that Audi gave BMW and Mercedes the mid-sized coupe-SUV market to themselves for so long. But this Q5 Sportback corrects that oversight with characteristic Ingolstadt thoroughness. If the sales profile of the smaller Q3 Sportback is replicated, it'll likely be the preferred Q5 body shape in future for most customers. With more conventional Audis, we often talk of a driving dynamic shortfall to an equivalent rear-driven BMW, but that's much less the case here. Anyway, refinement and luxury have always been bigger priorities in this segment, these always Audi strong points. There's a 'want one' factor here. Which should stand this car in very good stead.

Fill out the simple form below to get a quote for this Audi Q5 Sportback 50 Tfsi E Quattro S Line 5dr S Tronic [c+s] lease.