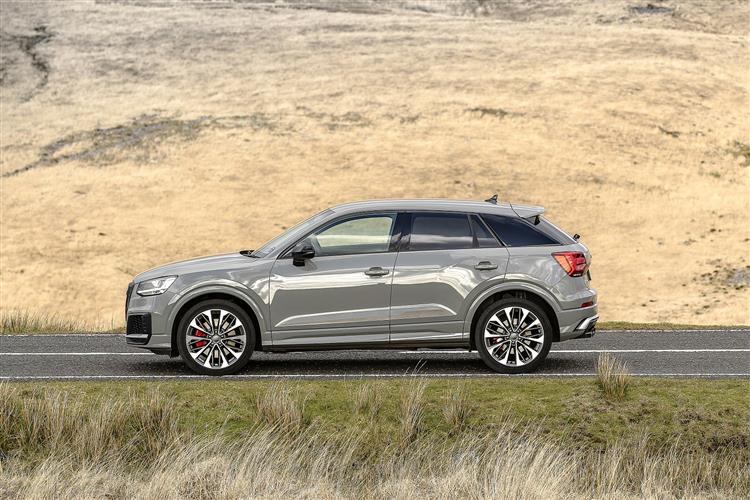 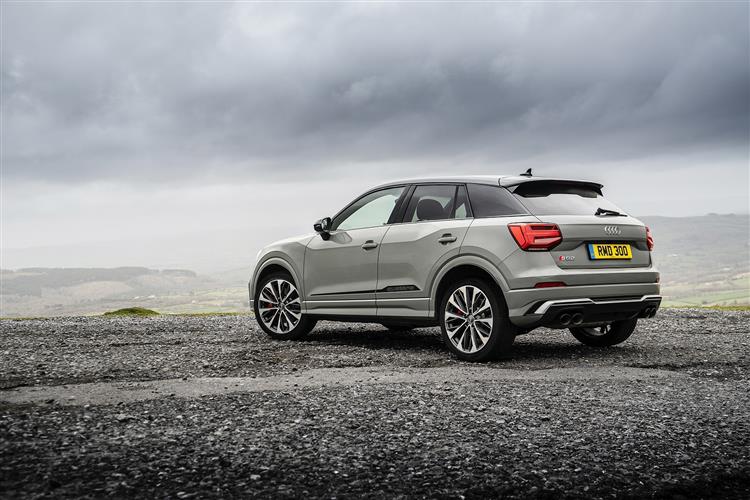 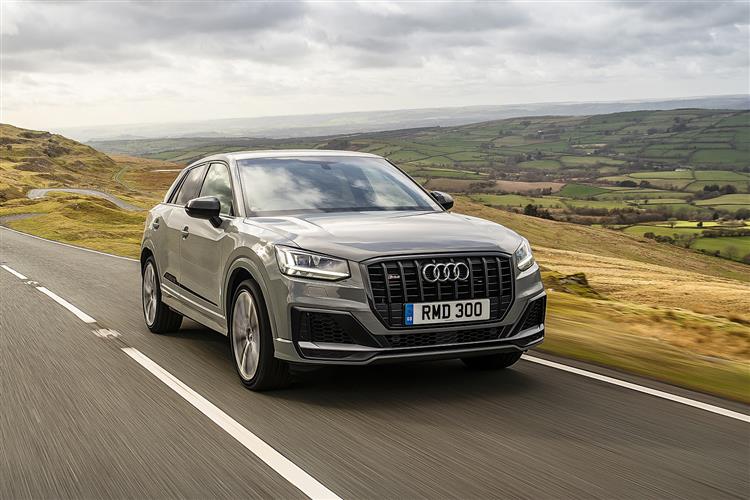 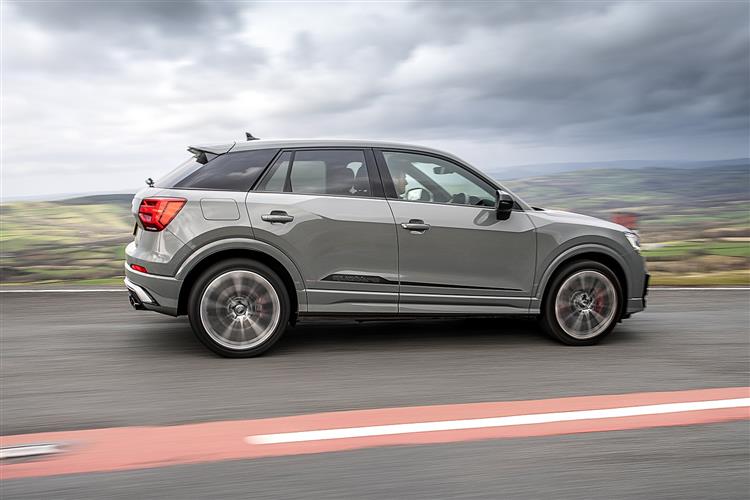 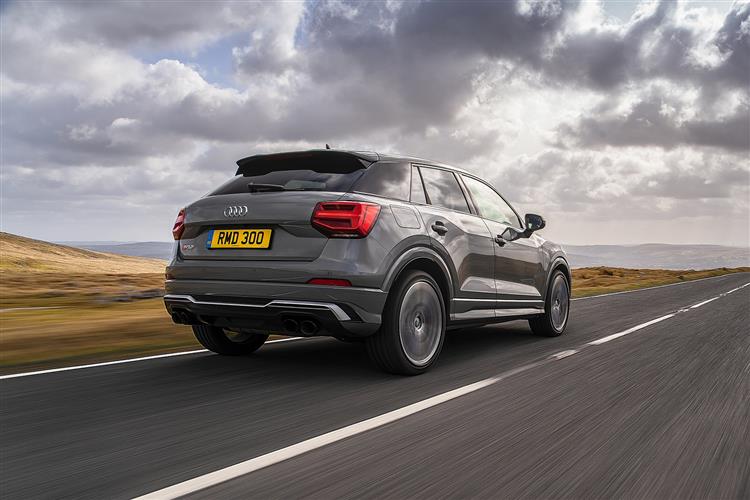 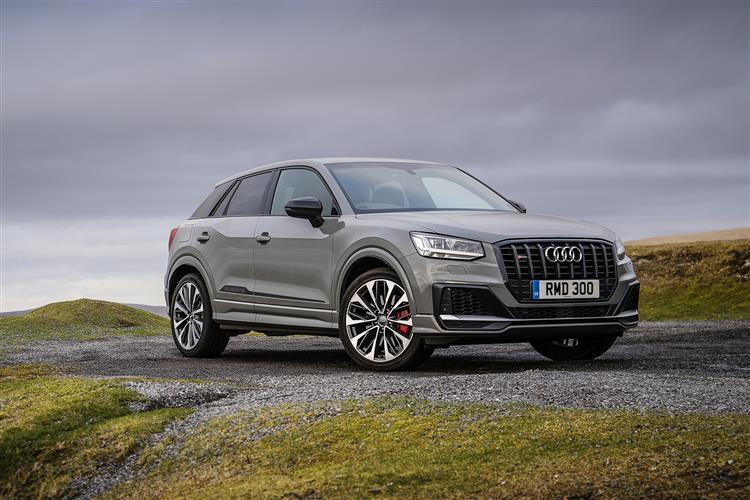 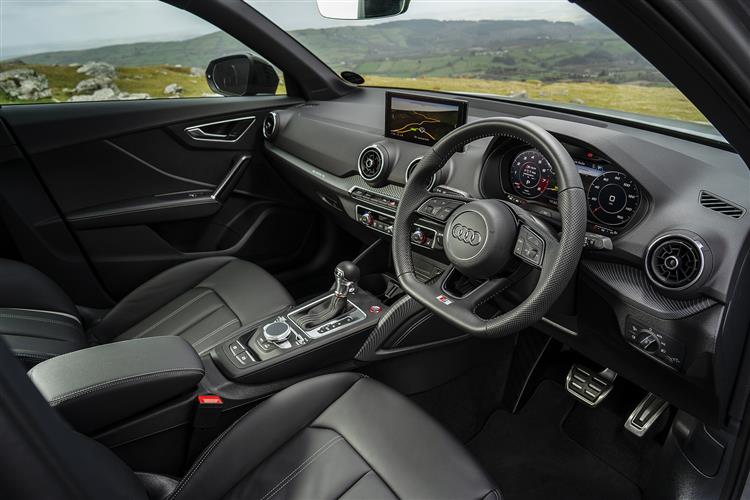 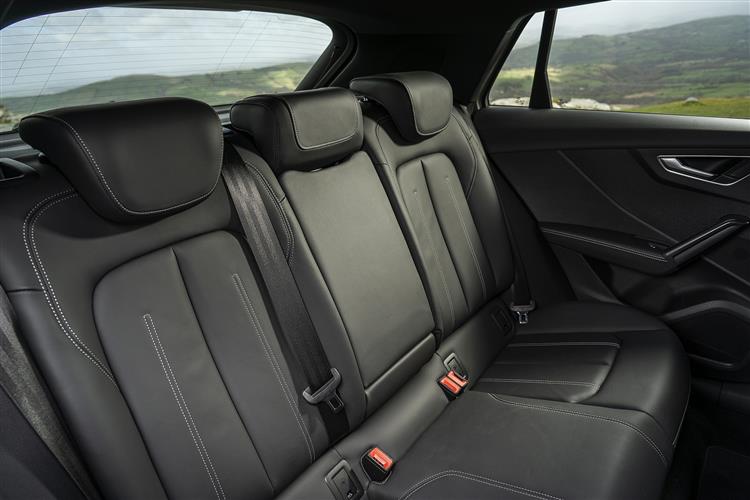 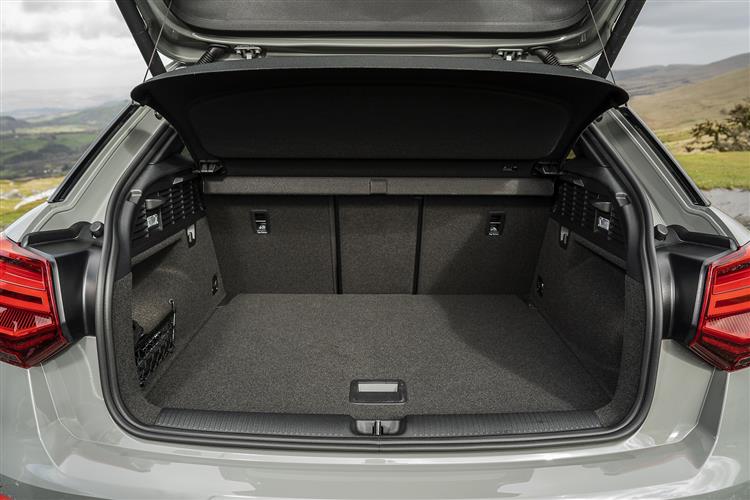 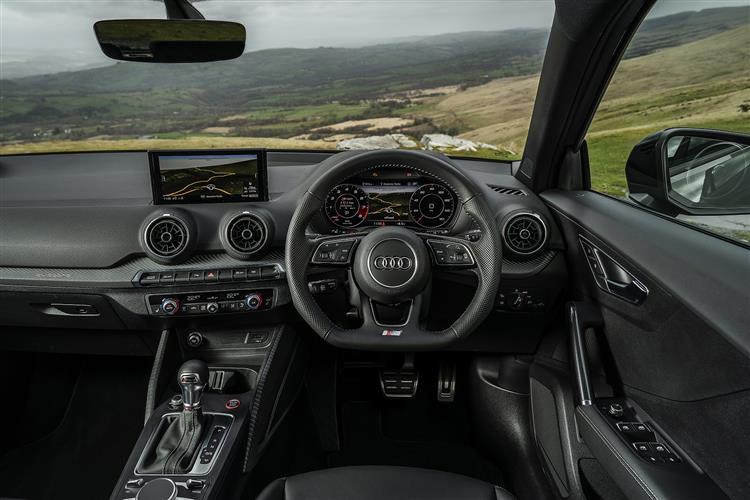 Shopping rockets used to be based on superminis and family hatchbacks. Now, increasingly, we're seeing a switch over to performance-minded small crossovers like this Audi SQ2. You get most of the dynamic drive of a hot hatch. With extra style and practicality. And, in the case of this Audi, a decent dose of quality too.

Audi's 'S' series of performance models is well established. The brand's 'SQ' range less so. Those two letters designate performance versions of the company's SUVs and the SQ model line was originated with the SQ5 of 2013, which was followed by the larger SQ7 of 2016. Curiously, there's never been an SQ3 to widen the scope for this sub-franchise - only a wild RS Q3 variant that few could afford. But in 2018, we did get this car, the SQ2, which really amounted to precisely that. With all the engineering ingredients we would have expected from an SQ3. Do they all add up here? Let's see.

If you happen to be a student of Volkswagen Group performance models, you might be pretty familiar with the recipe on offer here. Namely, the award-winning EA888 version of the 2.0-litre TSI petrol turbo engine in 300PS form. Plus 4WD and a DSG 7-speed paddleshift auto gearbox. Pretty much what you'll find in a Golf R. And exactly as you'll find it with this car's two similarly priced compact SUV Volkswagen Group cousins, the Volkswagen T-Roc R and the CUPRA Ateca. Or perhaps not quite exactly. Dynamic Chassis Control adaptive dampers are optional (or in the case of the CUPRA, standard) on the other Wolfsburg models featuring this engineering package, but you can't have them at all here. Which seems something of an oversight on Audi's part. Unlike front-driven Q2 variants, quattro versions of this model like this one have proper sophisticated four-link suspension, but the ride of this SQ2 can still feel somewhat over firm on poorer surfaces. It's still properly fast though. There's an actual (not limited) top speed of 155mph. And the 62mph sprint from rest is dispatched with impressive ferocity in just 4.8s, with torque that keeps pulling like a train up to 5,200rpm, so when you put your foot down in just about any gear, the car spears forward. True, there's a touch more body roll through the turns than you'd get in a Golf R or an Audi S3 but you'd expect the fractionally higher driving position to deliver that. An arguably greater issue is the way that this exacerbates the lack of lateral support provided by the sports seats.

'S'-model Audis specialise in subtle yet potent visual adornment and the SQ2 doesn't deviate from this policy. Assertive air intakes in the front bumper feature unique vanes and can be ringed by broad, black accents. There's sports suspension which lowers the car 20mm further towards terra firma. And the rear end features no fewer than four exhaust pipes. Inside, there are the expected sports seats but they position you a little higher up than some ex-hot hatch drivers might like. This is one of Audi's older cockpit designs, but the circular air vents and soft moulded dash top still look good. Good enough though, for a £40,000 car? That might be a matter for more debate. In standard form, this model only gets a 7-inch centre-dash infotainment display, controlled via a rotary dial behind the gear selector. Most buyers though, tend to upgrade this monitor to the 8.3-inch screen that comes packaged with the brand's impressive Virtual Cockpit digital instrument cluster. Otherwise, though, things are much as they would be in any other Q2. Which means that rear seat space offers 650mm of legroom and 930mm of headroom. That's pretty similar to what you'd get in an A3 Sportback (comfortable for two adults but a squash for three). Out back, there's a 355-litre boot.

Audi wants just over £37,000 for this SQ2, which you might think sounds rather a lot but is in the same ballpark as the money being asked for comparable VW Group performance products featuring the same engine and performance recipe, cars like the Golf R, the CUPRA Ateca and the Volkswagen T-Roc R. Audi points out that the fee required for this 300PS SQ2 is only a couple of thousand more than the ritziest 'Black Edition' version of a Q2 40 TFSI quattro with the 190PS version of this same 2.0-litre petrol turbo engine. Unfortunately, you'll almost certainly be paying more than that to get the kind of SQ2 you'd ideally want. Almost all buyers of this model opt to pay the £1,400 more that the brand wants for its optional 'Technology Package, which includes a larger 8.3-inch centre-dash screen for the MMI Navigation Plus infotainment system, along with the Virtual Cockpit digital instrument binnacle. Other popular options include larger 19-inch wheels (£1,500) and embellishments like gloss black interior trim and privacy glass. You might also want to pay around £700 more for the 14-speaker 705-watt Bang & Olufsen premium audio set-up with its concert hall-quality 3D surround sound. The sports seats can be had in full-leather finishes that come with a choice of either 'Milano' or softer 'Nappa' hide.

Let's get to the figures: up to 33.2mpg on the WLTP combined cycle. And 159g/km of NEDC-rated CO2. These are reasonable by class standards thanks to the use of a dual-clutch transmission which has an efficient type of oil supply and reduced friction. Depreciation figures should be as strong as they usually are on Audi models. It's a little disappointing though, that the brand sticks to its usual 60,000 mile limit on the three year warranty. Optional extra-cost packages can extend the cover to either four or five years. As for servicing costs, well Audi service intervals tend to range from every 9,000 miles for minor checks to every 19,000 miles for a full service. Further assistance in this regard is provided by a fixed price servicing plan that can cover you for between three and five years. In fact, this car can even book its own service appointments via an 'Audi connect safety and service' system app. As well as providing emergency calling and online roadside assistance, this feature can, at the appropriate time, send a service request direct to your local dealer. Another neat service your dealer can offer you is the so-called 'Audi Cam' system. Here, technicians carrying out workshop inspections on your Q2 can focus a hand-held 'Audi Cam' camera on specific problems, accompanying the image with a verbal diagnosis to create footage that can be sent to your computer or smartphone. That way, you'll know precisely what work you're authorising on your car.

Cynics dismiss the SQ2 as a 'copy-and-paste' facsimile of every other 2.0-litre turbo 300PS all-wheel-drive performance model in the Volkswagen Group's growing portfolio. But that's evidently what customers want: fundamentally sound engineering available in a variety of different flavours. The one on offer here is distinctly Audi in its presentation and if you like that, then you simply won't want a Volkswagen T-Roc R or a CUPRA Ateca as an alternative, no matter how much the motoring press tell you that they're all essentially the same confection. The SQ2 loses out to these two cousins in its lack of the adjustable damping option we think it needs. And it's a little smaller inside. But you can't help feeling that it's a slightly higher quality item. Or maybe it's just the badge on the front. But so what if it is? Sometimes, we just want nice things.

Fill out the simple form below to get a quote for this Audi Q2 Estate Sq2 Quattro Vorsprung 5dr S Tronic lease.