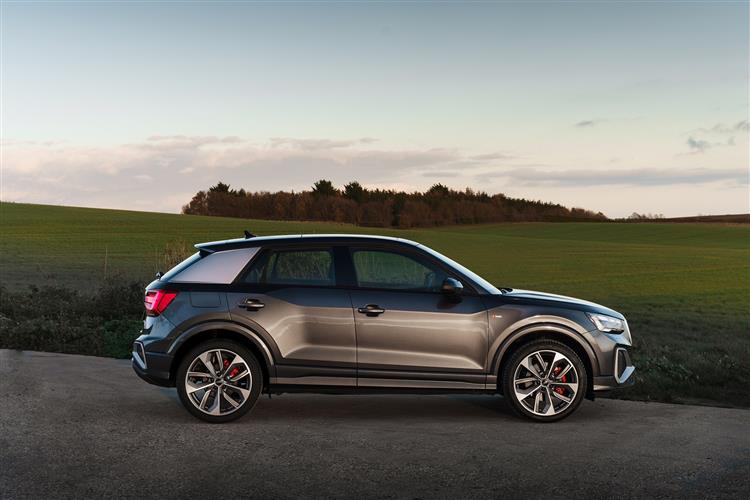 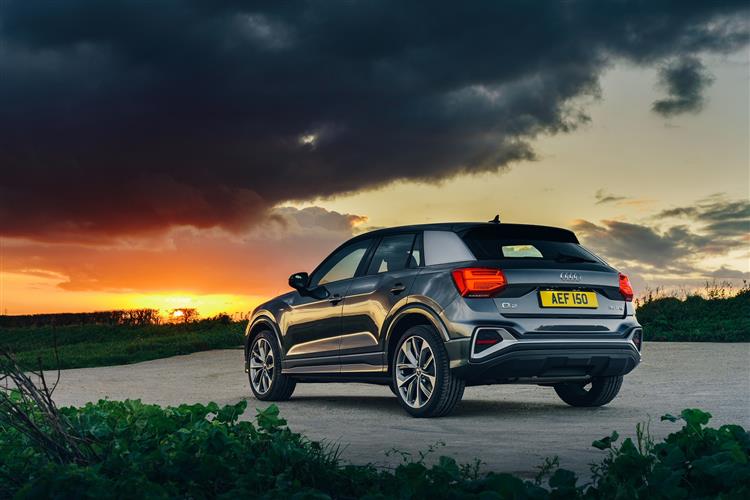 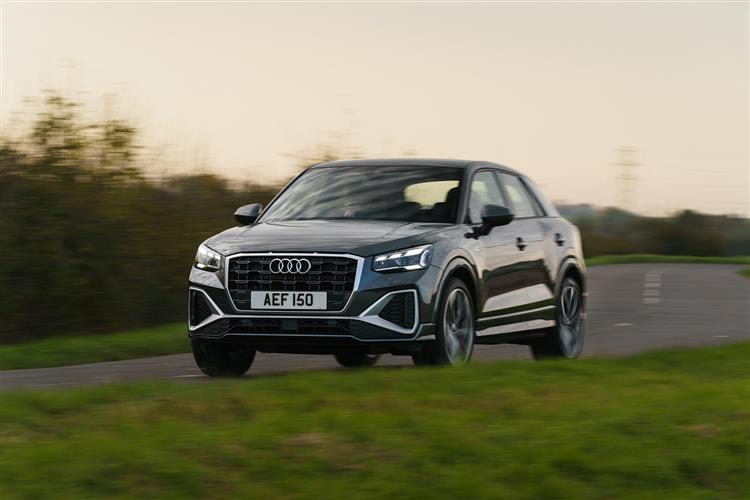 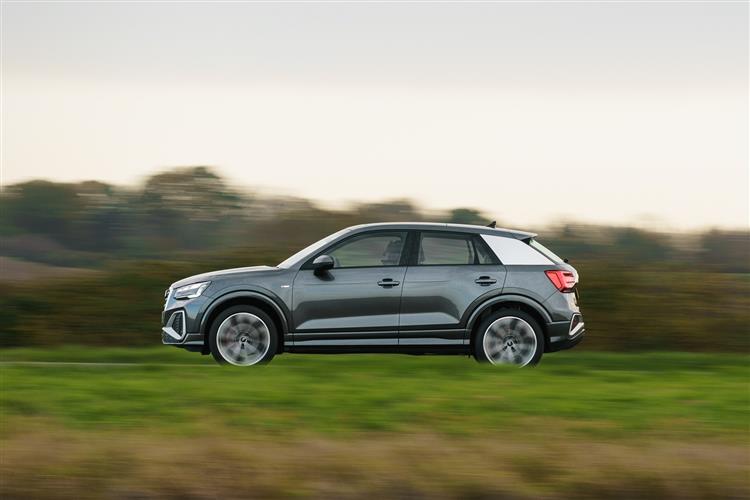 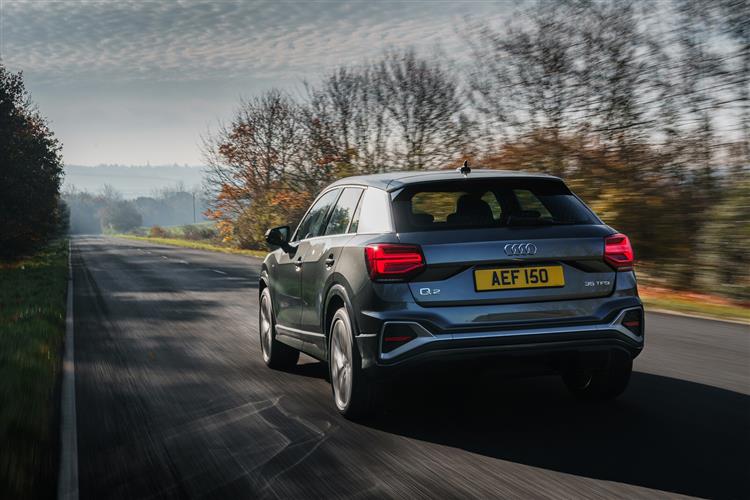 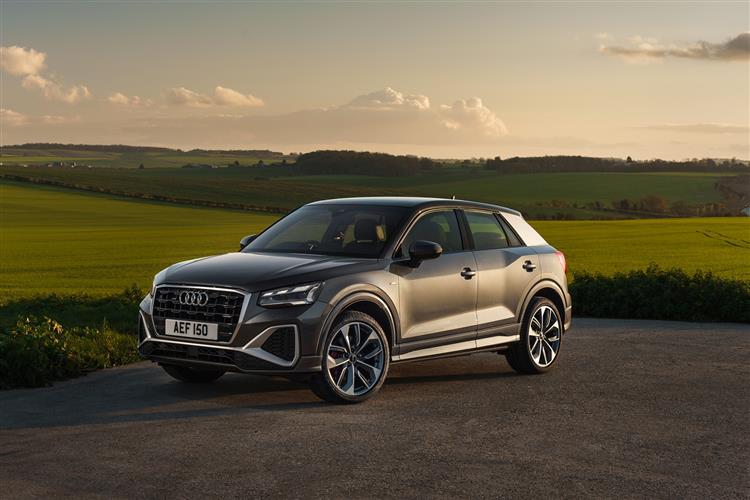 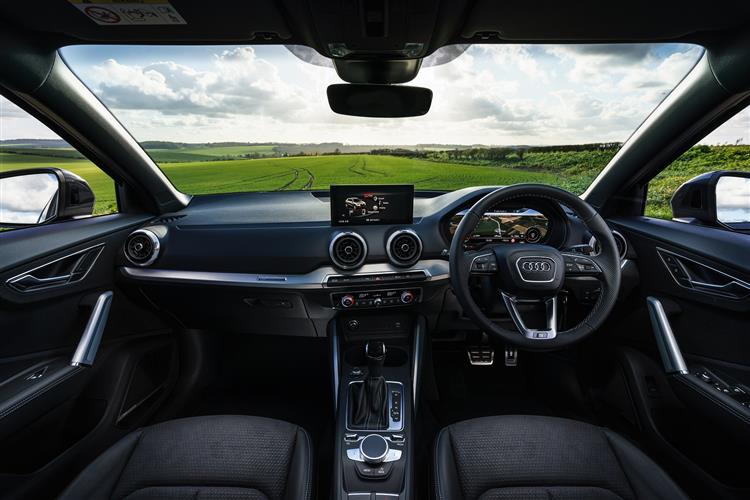 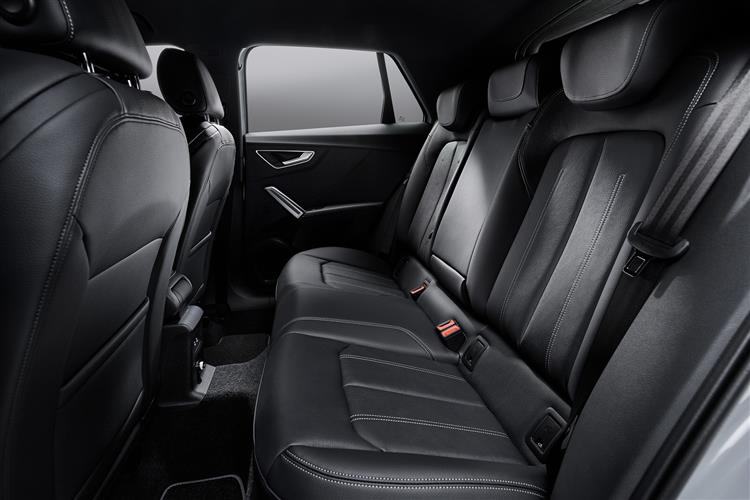 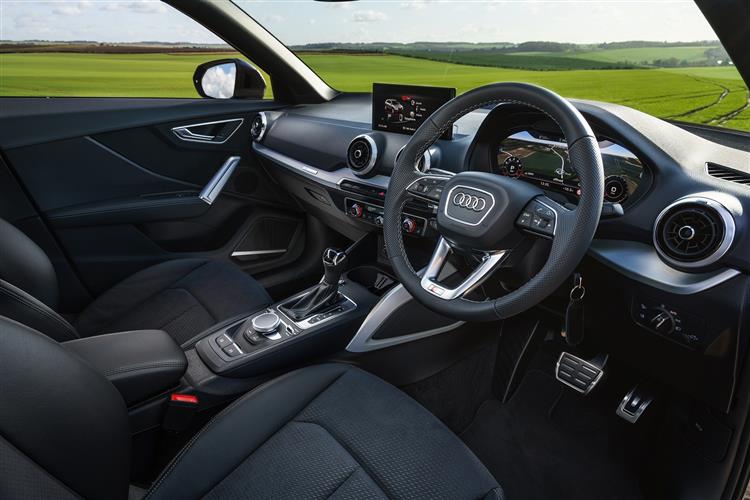 Audi aimed to inject a little more fun into its SUV line-up with this more compact and affordable Q2 model - and has here lightly improved it. This little crossover is aimed at customers wanting a Nissan Juke-style small Crossover but requiring a little more class and quality. It's offered a new direction for the Ingolstadt brand.

'Fun' isn't a word you necessarily associate with Audi. 'Cool' perhaps. 'Classy' possibly. 'Mature' definitely. Well forget that third adjective when it comes to discussion of this car, the Audi Q2. It's the kind of product that the German brand hopes will lower its target age demographic, at the same time giving buyers of small Crossovers like Nissan's Juke and Renault's Captur a more appealing option to aspire towards. In truth, it's likely that the Q2 will prove to be a little too pricey for customers of those cars, but premium models in this segment - contenders like Honda's HR-V, Mazda's CX-30 and Jeep's Renegade - should certainly feel the heat from this Q2. Especially in this updated form.

The Q2 line-up is primarily based around a mid-range 35 TFSI variant which uses a four-cylinder 150PS 1.5-litre turbo petrol unit with the brand's clever 'Cylinder on Demand' system. There's a choice of 6-speed manual transmission or a 7-speed S tronic auto. Slotting in below this variant is the 30 TFSI, which uses a 116PS 1.0-litre three-cylinder petrol unit. Two four-cylinder diesel engines are also available with 1.6 and 2.0 litres of displacement and outputs of 116PS (30 TDI) and 150PS (35 TDI). The '35 TDI' comes with quattro 4WD. As before, at the top of the range is a 300PS SQ2 quattro sporting model. The top 'Vorsprung' variant gets 'Adaptive cruise assist' for limit autonomous highway driving capability. Installed at the rear on the front-wheel drive versions is a semi-independent suspension, while the quattro models have a four-link suspension. Progressive steering is standard in all variants. It varies the steering gear ratio as a function of the steering input; the ratio is made more direct with large steering movements. Adaptive dampers are available as an option, and there's the Audi drive select system with which drivers can set an individual characteristic for their Q2. On rougher terrain, ground clearance of almost 15 centimetres is slightly better than some other small lifestyle SUVs can offer - and Electronic Stabilisation Control (ESC) with an integrated off-road mode will also serve the compact crossover well.

Audi has subtly altered the look of this Q2, slightly lowering the octagonal Singleframe front grille to make the front of the car appear wider. Plus full-LED headlamps are now standard and the air intakes now look more 'expressive' and, as with other recent Audis, narrow slits have been added between the radiator grille and the bonnet in the style of the iconic Audi Sport quattro. At the rear, there's a fresh bumper design with an integrated diffuser insert featuring large five-sided polygons. As before, the Q2 certainly looks distinctive with its 'floating blade' C-pillar and colourful trimming. It's slightly shorter and narrower than an A3 hatch and boasts a complex shape that shows a lot of vertices and edges. In profile, the high shoulder line is especially eye-catching, as are the concave flanks in the door area. Inside, most variants now get the 12.3-inch Virtual Cockpit instrument binnacle display as standard, paired with an 8.3-inch 'MMI navigation plus' centre-dash screen. Otherwise, you'd have to be an Audi sales person to really notice the changes made - things like smarter fabrics, a revised gearshifter knob and re-styled air vents. As before, the MMI infotainment system can be controlled by natural language operation and the integrated MMI search set-up. The driver's seat position is low in relation to the steering wheel as in an Audi saloon. There's reasonably comfortable seating in the rear for two, but if you'll be using the back seat for adults regularly, you'd be better off trying an Audi Q3. Practically, the Q2 fulfils the fundamental expectations of an SUV with a high entry, good visibility and a large luggage compartment (405 to 1,050-litres of capacity). A power tailgate is standard, as is a three-way split rear bench backrest with cargo through-loading.

Prices see this car pitched just above the brand's A1 supermini, which means that Q2 buyers will be paying somewhere in the £22,500 to £35,000 bracket for mainstream models. There are five main trim options - 'Technik', 'Sport', 'S line', 'Black Edition' and 'Vorsprung', plus the SQ2 model at the top of the range. All variants now get full-LED headlights as standard, upgraded on 'Vorsprng' versions to intelligent 'Matrix LED' status. There are now new paint colour options and the C-pillar blades can either be body-coloured or finished in black, grey or silver. Features common to all versions include powered tailgate operation, the Audi Smartphone Interface, rear parking sensors and cruise control, and on top of their visual and technological gains, 'Sport', 'S line' and 'Black Edition' models are enhanced by additions such as front sport seats (those in the latter two variants finished with a cloth and leather combination upholstery) and the Audi drive select dynamic handling system. 'Black Edition' specification also brings a black styling treatment for many exterior details, combined with larger 19-inch alloy wheels for maximum visual impact, while top 'Vorsprung' models take all of these benefits and embed even more luxury, technology and safety. Fine Nappa leather upholstery and seat heating, a panoramic sunroof, a Bang & Olufsen audio system and an upgrade to dual-zone climate control soothe occupants of this top specification model, as do advanced LED ambient lighting and softly backlit inlays whose colour scheme can be selected via the MMI.

The Q2 looks set to be a frugal choice if you're looking for a car of this kind; let's get to the WLTP figures. The 1.0-litre 30 TFSI petrol version's likely to be a popular choice, capable of up to 47.1mpg on the combined cycle and a CO2 return of up to 135g/km. The 35 TFSI manages up to 44.8mpg and up to 142g/km. The 30 TDI 1.6-litre diesel of course does even better, with combined cycle fuel consumption of up to 49.6mpg and 150g/km possible. Depreciation figures should be as strong as they usually are on Audi models. It's a little disappointing though, that the brand sticks to its usual 60,000 mile limit on the three year warranty. Optional extra-cost packages can extend the cover to either four or five years. Pre-paid servicing packages are also available.

In some ways, you wonder why it took Audi so long to enter the small Crossover market. Yes, it's had its Q3 model in campaigning here, but that car has proved to be a little too pricey to interest the Juke and Captur crowd. This car will still require such people to take a long hard look at their bank balances but it's certainly proved to be more accessible and has markedly widened Audi's SUV sales demographic. It's not perfect, of course. Not everyone will like the styling. You'll need to avoid the larger wheel rim sizes if you want a decent quality of ride. And some - ourselves included - might find themselves to be a touch disappointed that the premium pricing doesn't deliver a little more in terms of standard kit. Otherwise though, there's very little to criticise. The Q2 is fun, fashionable and perfectly pitched for aspirational compact Crossover buyers. If you're one of these people, we think you're probably going to want one.

Fill out the simple form below to get a quote for this Audi Q2 Estate 30 Tfsi Sport 5dr [c+s] lease.