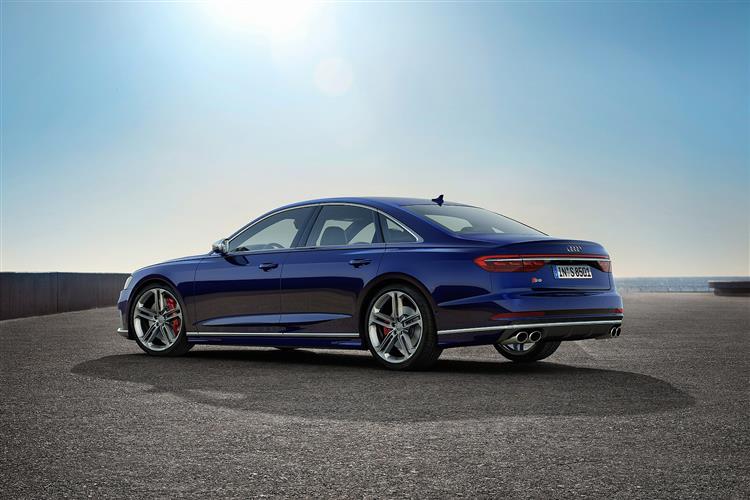 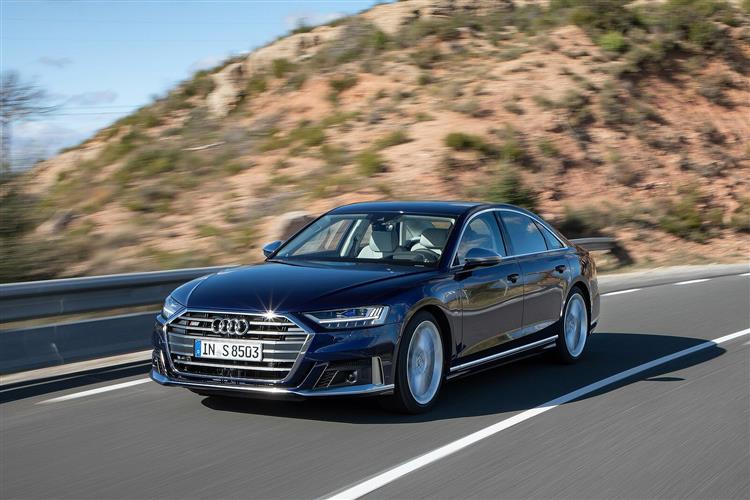 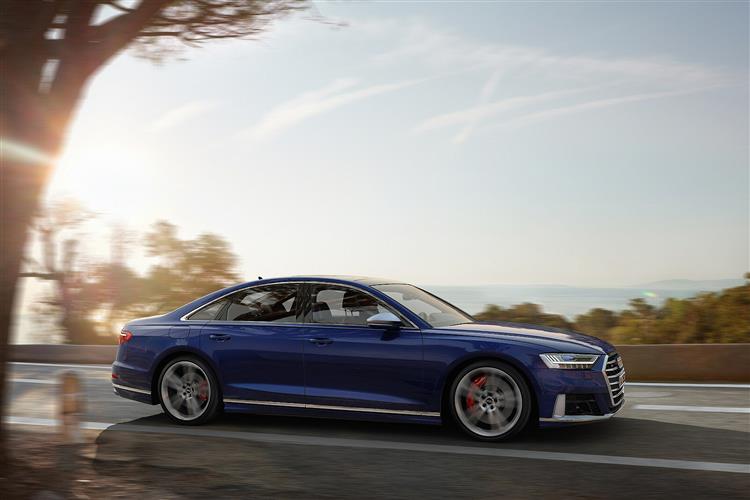 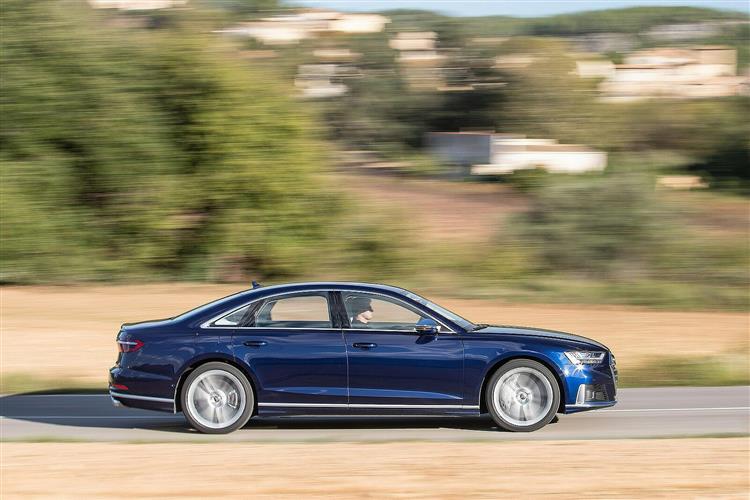 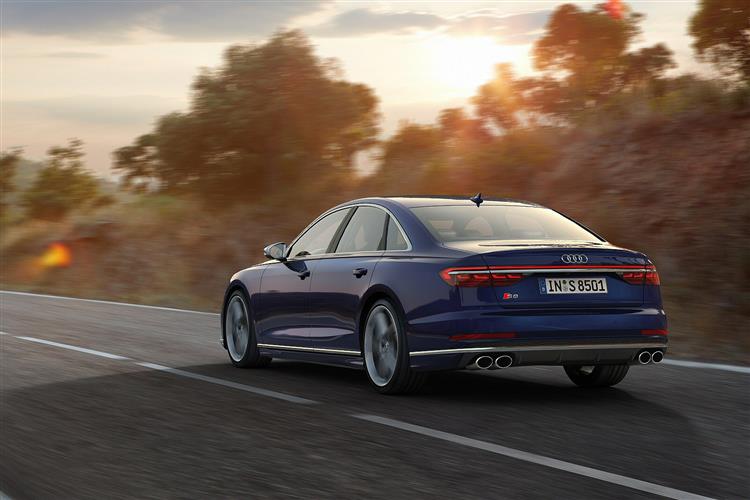 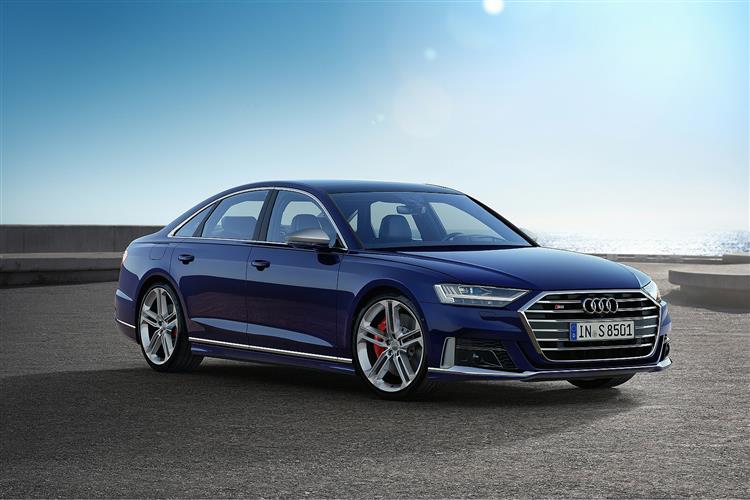 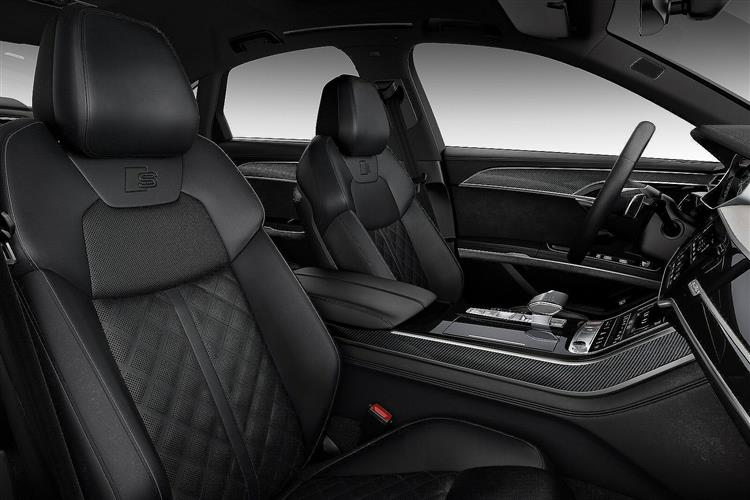 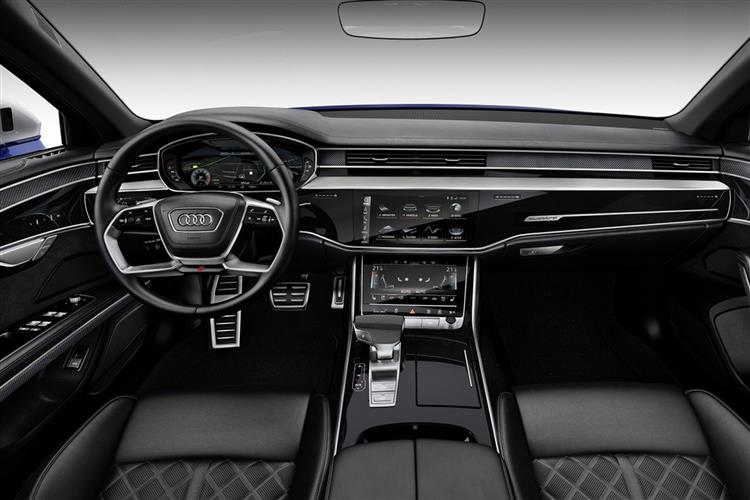 The Audi S8 has always worked to a demanding brief. That of delivering the conflicting virtues of limousine-like progress and sports saloon dynamism. In fourth generation form, the car features a substantially reworked 4.0-litre petrol V8 featuring mild hybrid tech and putting out 571PS. And, perhaps more significantly, there's the most sophisticated suspension package that the Ingolstadt brand has ever offered on one of its models. Sounds promising.

The Audi S8 has long occupied a special niche in the super saloon firmament. On paper, it's hopelessly outgunned by rivals with bigger engines, but if you look beyond the Top Trumps figures, it's a car that just oozes cool. Every version of the S8 has always had something exotic about it, starting with the original 4.2-litre 'D2' model of 1997 made famous as the getaway car in the Robert de Niro film 'Ronin'. A 5.0-litre V10 MK2 'D3' version followed in 2006, followed by the 4.0-litre V8 'D4' variant launched in 2012. This fourth generation 'D5' design was launched in 2019 and remains very much the 'Ronin' car, the ultimate low-profile, high-drama getaway choice. It retains a more responsible version of its predecessor's potent twin-turbocharged 4.0-litre V8 beneath the bonnet, a powerplant that makes this Audi a very effective long distance express indeed. This is still the genuine article.

The 571PS 4.0-litre twin-turbocharged V8 under the bonnet of this fourth generation S8 might by 34PS down on the output generated by the final 'S8 plus' version of its predecessor, but pulling power has increased to a thumping 800Nm, so it's very definitely quicker in the real world. Torque is transmitted to tarmac via an upgraded 8-speed tiptronic auto gearbox, predictive active suspension, dynamic-all-wheel steering and quattro 4WD supplemented by a rear sport differential which constantly varies the amount of drive sent to each individual rear wheel. The quattro system's variable too. Depending on the conditions, up to 70% of torque can be directed to the front wheels - or alternatively, up to 85% of power can be directed rearwards. And of course this S8 is fast; 62mph from rest takes just 3.9s. Perhaps the key change made with this 'D5'-series model though is the addition of its 'Predictive Active Suspension' system, which uses a camera to scan the road ahead as you drive, along with electro-mechanical actuators that constantly vary the ride height to suit the tarmac ahead, separately loading or relieving each wheel based on road conditions to an extent that depends on the 'drive select' driving mode you've chosen. Choose 'Comfort+' for instance and the suspension tilts the body into the turns to reduce lateral load. Choose 'Dynamic' and body roll is cut by around half what you'd get with standard sprung suspension.

Slightly bolder interior and exterior design elements are intended to finely hone the character of this fourth generation S8. Details in the front bumper, side sills and the exterior mirror housings as well as the two S-specific twin exhaust tailpipes subtly convey the car's standing in the model series. Matrix LED headlights flank the imposing grille, but many owners will want to upgrade to the optional piercing HD matrix LED headlights with Audi laser light tech, plus more distinctive OLED rear lamps are available on request. The cabin's distinguished by an upper inlay exclusive to the S8 made of Carbon Vector with a special 3D depth effect. Directly below that is an inlay of dark, brushed matt aluminium. The standard sport seats are trimmed in either Valcona or Unikat premium leather. As usual in an A8, there's a fully digital MMI touch response operating system with two centre stack screens and a further virtual cockpit instrument binnacle display. The latter features S-specific red graphics and a special S-performance layout where the focus is the rev counter, displayed as a square graph. Out back, as you'd expect, there's opulent room for a couple of adults in the leather-stitched rear compartment. And of course you get a big 505-litre boot.

The asking price of around £97,000 might seem high - it is high - but that's significantly less than you'll pay for comparable models in this category like the Mercedes-AMG S 63 and the Porsche Panamera Turbo. And of course, this flagship A8 model is opulently equipped. One particular highlight lies with the standard sport seats, which feature wide ranging power adjustment, pneumatically adjustable side bolsters and separate three-stage heating for each seat. In addition to this, ventilation and massage functions are available. The 38 driver assistance systems that Audi provides for the S8 are divided into the 'City' and 'Tour' packages. The latter is standard and includes Adaptive cruise assist - which combines the functions of adaptive cruise control, traffic jam assist and lane tracking. In combination with predictive efficiency assist, this set-up brakes and accelerates the S8 in anticipation of the conditions ahead. In the 'City assist' package, 'Audi pre sense side' joins the systems 'pre sense front' and 'pre sense rear' to create 'Audi pre sense 360'. If the system detects an impending side impact, it can operate together with the predictive active suspension to instantly raise the body by as much as 80mm. This brings the sill into a better position to absorb the impact energy, mitigating the potential consequences of the accident for the occupants. If you tick all the safety and autonomous driving system boxes, this car will be fitted out with five radar sensors, six cameras, twelve ultrasound sensors and a laser scanner.

Audi makes much of this MK4 model's mild hybrid engine tech. This works using a belt-driven 48-volt starter motor which operates in conjunction with a 0.47kWh lithium-ion battery and a recuperation system capable of harvesting up to 8kW of energy during coasting and braking. There's also cylinder deactivation which at light-to-medium throttle loads will see the car operating with only four of its eight cylinders. But in the small print, you discover that the effect of all of this is to reduce consumption by just 0.2mpg. Which isn't nearly enough to make up for this 'D5'-series model's higher running costs; its combined cycle fuel economy figure is 24.4mpg (down from 29.4mpg with the previous generation model) and the NEDC-rated CO2 return is a smoky 260g/km. In short, the S8 might be many things but it's certainly not an inexpensive car to run. And there's more less welcome news that probably won't bother potential well-heeled buyers. Insurance is still a top of the shop Group 50. And depreciation at around 34 per cent after three years is not the bulletproof residual figure many come to take for granted from Audi. It's no wonder that the S8 is a car that makes a very canny used buy two or three years down the road. One area where the S8 might save you a few bob is, rather surprisingly, tyres. Owners have reported that due to the modest weight, load spread via the four-wheel drive system and smart traction management, it's possible to see over 20,000 miles from a set of rubber.

How to sum up an Audi S8? It's beautifully finished, rides imperiously, isn't falsely modest and is backed up by a sledgehammer punch of acceleration. It's a car that does so much but makes such little fuss about it. Loyal buyers like it that way, valuing capability and discretion. If you want to get somewhere fast and draw no great attention, the S8 is one of the best cars in the business for the task - which is why it's a vehicle so often targeted by those of extremely high net worth. This fourth generation version teases out those themes still further. The engine gets mild hybrid tech but is harder hitting and the styling will appeal to those who know exactly what those subtle design cues mean. Ultimately, it's a car that credits its owner with a bit of savvy. Someone who demands extreme performance but doesn't want a shouty, showy set of wheels. Sometimes, you see, the car is merely the supporting cast.

Fill out the simple form below to get a quote for this Audi A8 Saloon S8 Quattro 4dr Tiptronic lease.