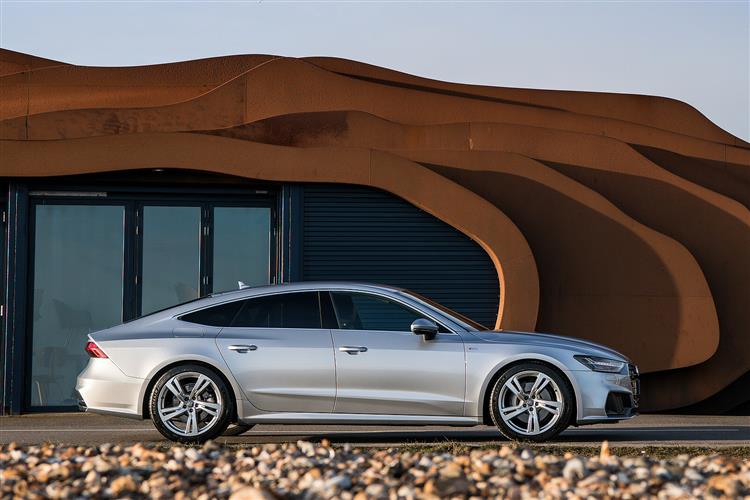 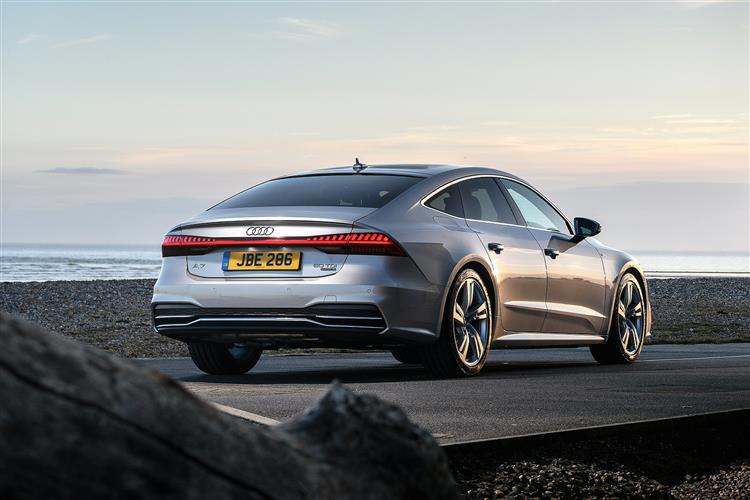 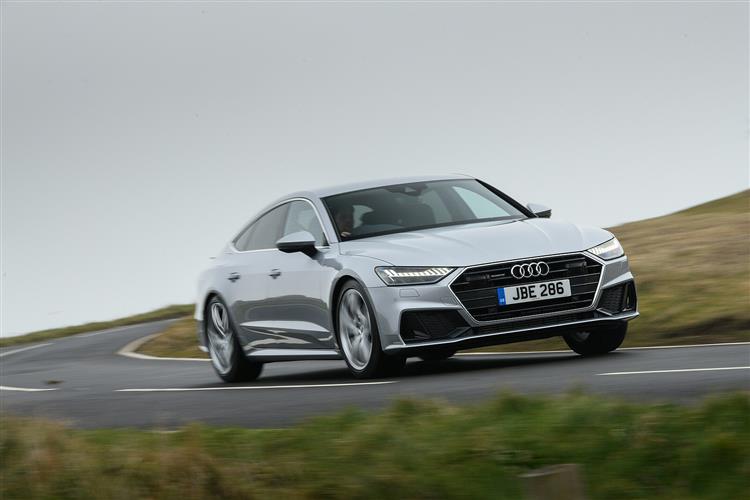 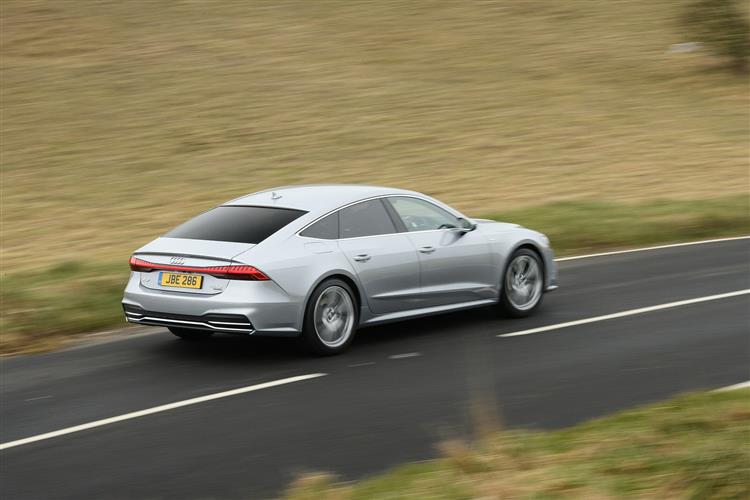 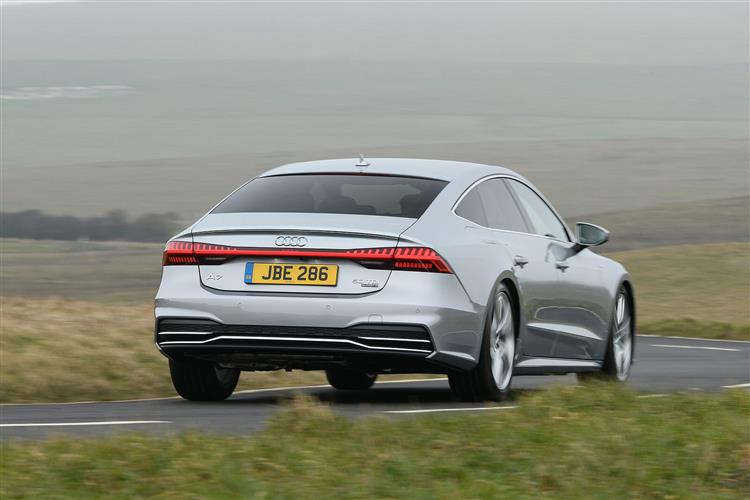 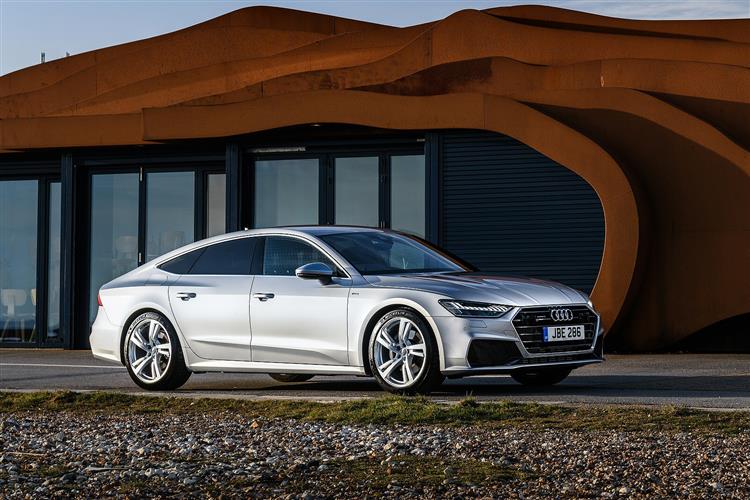 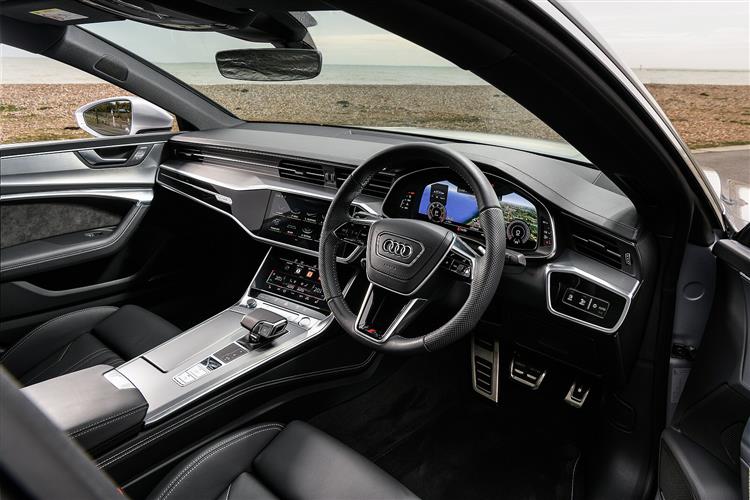 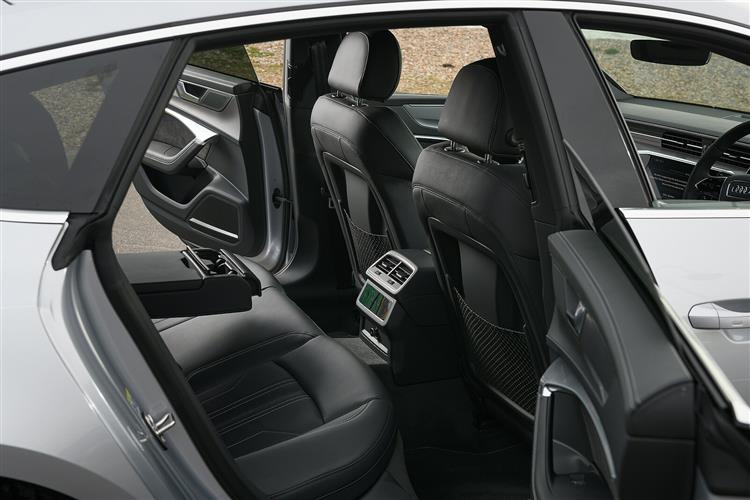 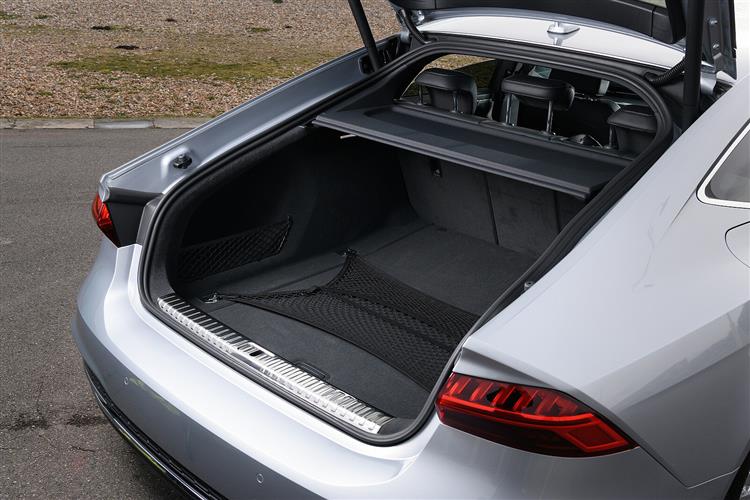 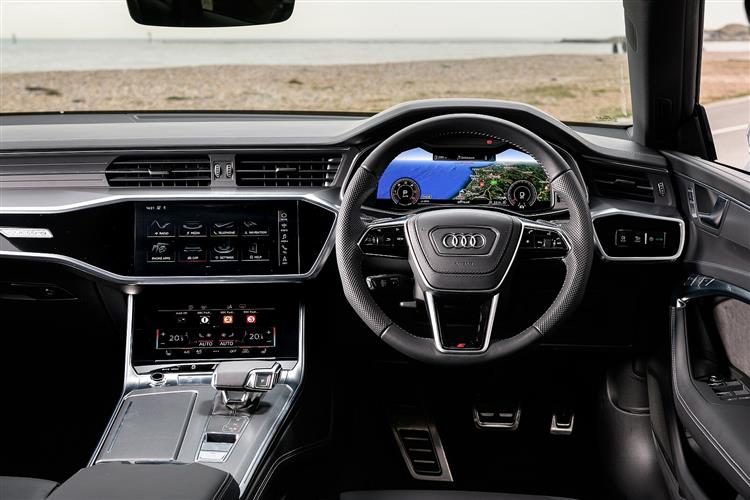 The second generation Audi A7 Sportback has been carefully but comprehensively updated, with smarter styling, revised engines, a hi-tech all-digital cockpit and a range of intelligent driver assistance systems. It's still a beautifully constructed thing but now offers just that little bit more polish in the face of some very talented rivals.

You might think that a full-sized Executive car - say something like an Audi A6, a BMW 5 Series or a Mercedes E-Class - was a pretty desirable thing. Buyers in this segment though, don't always agree, which is why in recent times, so many of them have drifted away into up-market SUVs and crossovers. In response over the last few years, the prestige brands have produced more dynamic and individual four and five-door designs to sell alongside their standard executive models. Here's Audi's offering, a much improved second generation A7 Sportback. As before, the underpinnings feature some of Audi's more exclusive technology, the kind of thing you'd find in the brand's luxury segment A8 saloon. This car though can be more efficient than any A8. That'll be important for business segment buyers, but I've a suspicion that it's technology that'll really sell them this car. Much of this is optional of course, but if you tick the right boxes for things like the hi-tech Matrix headlights and the advanced autonomous driving and connectivity technology, this car really can be state of the art.

A7 Sportback buyers choose between four engines. There's a 204PS four cylinder TDI engine in the '40 TDI' version, offered with either front wheel drive or quattro 4WD. Then there's a 340PS 3.0 TFSI petrol unit in the '55 TFSI' variant, which comes mated to a 7-speed S tronic auto gearbox. Many customers though, will want either the 231PS '45 TDI' or the 286PS '50 TDI' variants, both of which use a 3.0-litre diesel using Audi's MHEV mild hybrid technology, this unit mated to 8-speed tiptronic auto transmission. Both six cylinder derivatives feature quattro 4WD and buyers choose between four suspension options, including updated adaptive air suspension that makes the car feel supple and luxurious during cruising without curbing its ability to iron out more challenging roads. Through the corners, you'll appreciate a new 'Progressive steering' system, which features a ratio that becomes more direct as lock is applied. And for optimal ability through the switchbacks and increased lower-speed manoeuvrability, dynamic all-wheel-steering is also available from the options list, as is the quattro sport differential which actively distributes drive torque between the rear wheels for maximum cornering adjustability. As usual with Audi models, there's a 'drive select' driving modes system that activates different drive profiles that tweak steering, throttle response, steering feel and ride characteristics. Audi says that this time round, the differentiation between comfort and dynamic options is more pronounced than in the previous model.

With its large surfaces, sharp edges and taut, athletic lines, the second generation A7 Sportback draws inspiration from the Audi prologue concept study that spearheaded the introduction of the latest Audi design language. Like the larger A8 saloon, one of this model's key defining features is a flat light strip which creates a continuous light pattern across the rear. The digital cabin's completely new and very futuristic, with a sleek instrument panel adding to the feeling of airy spaciousness. Compared with the previous model, interior length has increased by 21 millimetres, resulting in more rear knee room. Rear passengers also enjoy more head room. A three-seat rear bench is standard for UK models, and when its backrest is fully stowed, the luggage compartment capacity expands from 535-litres to a generous 1,390-litres. As with the A8, the communications hub of this A7 Sportback is Audi's latest MMI touch response' operating package which is based around 10.1-inch upper and 8.6-inch lower touchscreen displays which appear to blend into the dashboard when switched off. The two large, high resolution touch displays replace the rotary controller and satellite button system used by the previous model. They provide haptic and acoustic feedback as confirmation when a fingertip triggers a function.

A core component of the standard technology package fitted to all A7 Sportback models is the mild hybrid drivetrain (MHEV) engineering made possible by the newly introduced 48-volt primary electrical system. At speeds of between 34 and 99mph, it enables the V6 engines to be deactivated and the A7 Sportback to coast in freewheeling mode. The Belt Alternator Starter re-fires the engine smoothly and comfortably after coasting, and is capable of channelling up to 12kW of energy back into the lithium ion battery during recuperative braking. The start-stop function has also been significantly expanded and now activates at 13mph. In combination with the standard front camera, the engine is restarted predictively while at a standstill as soon as the vehicle ahead begins to move. In real-world driving, the MHEV technology reduces fuel consumption by up to 0.7 litres every 62 miles. As a result, the volume 2.0-litre 40 TDI diesel version manages 60.1mpg on the combined cycle and 122g/km of CO2. The 3.0-litre '50 TDI' diesel variant can manage up to 39.8mpg on the combined cycle and up to 186g/km of CO2. For the alternative 3.0-litre petrol-powered '55 TFSI' model, the figures on 19-inch wheels are 36.2mpg and 176g/km.

This second generation Audi A7 Sportback is clearly a car that a massive amount of thought and development budget has been ploughed into. It's a very considered thing, a car which pushes boundaries with its styling and engine technology but which feels reassuringly familiar to drive. The latest model improves the oily bits while at the same time keeping the look fresh and the technology indoors bang up to date. Every part of this car has been designed with a thoroughness that's deeply impressive, if sometimes rather clinical. Of course, the end result is hardly inexpensive - and you'll need to spend plenty on options to fully sharpen its driving manners. Still, if that's not an issue, then you're likely to find this A7 very desirable indeed. It is perhaps the definitive expression of how Audi wants you to perceive its brand. Not all executive decisions should be difficult. Here's one you should enjoy making.

Fill out the simple form below to get a quote for this Audi A7 Diesel Sportback 50 Tdi Quattro Sport 5dr Tip Auto lease.