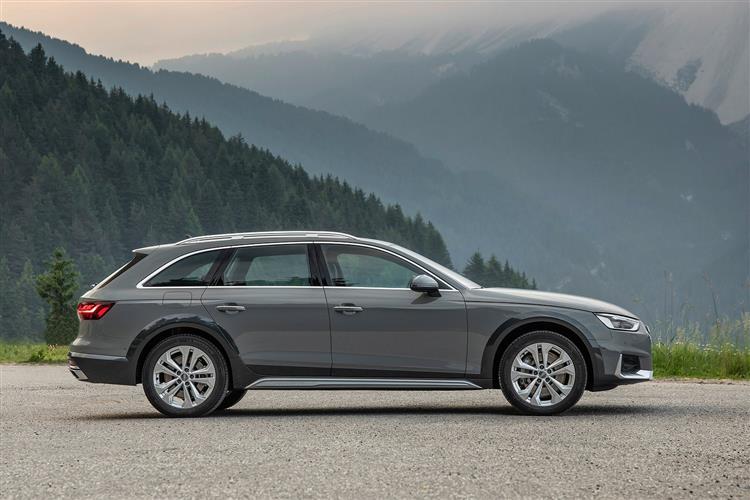 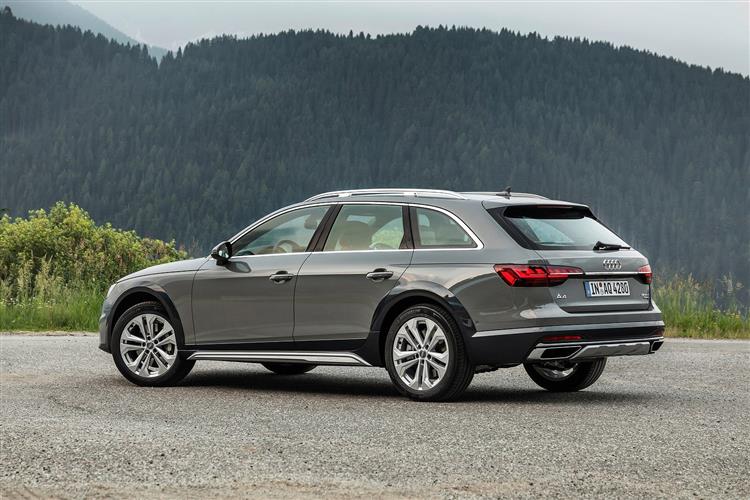 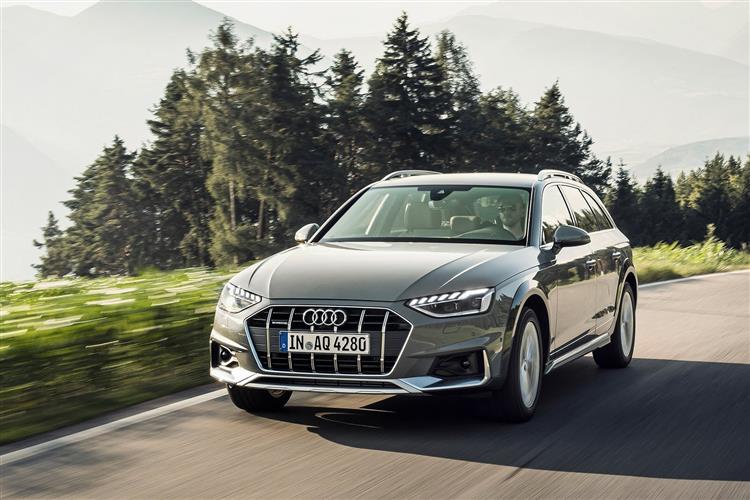 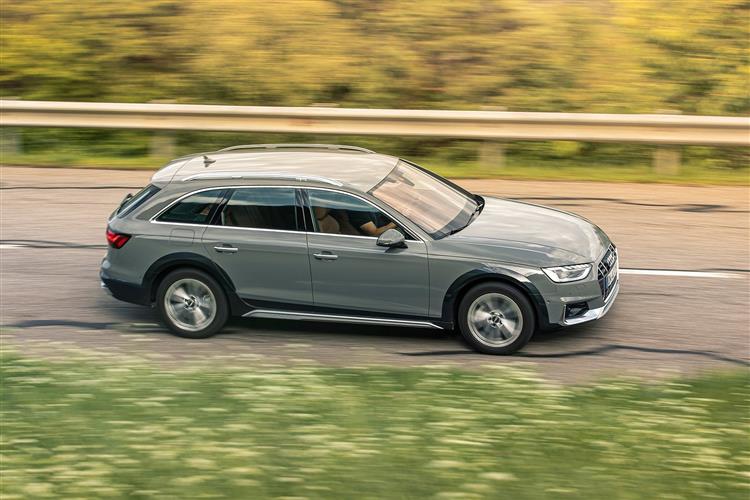 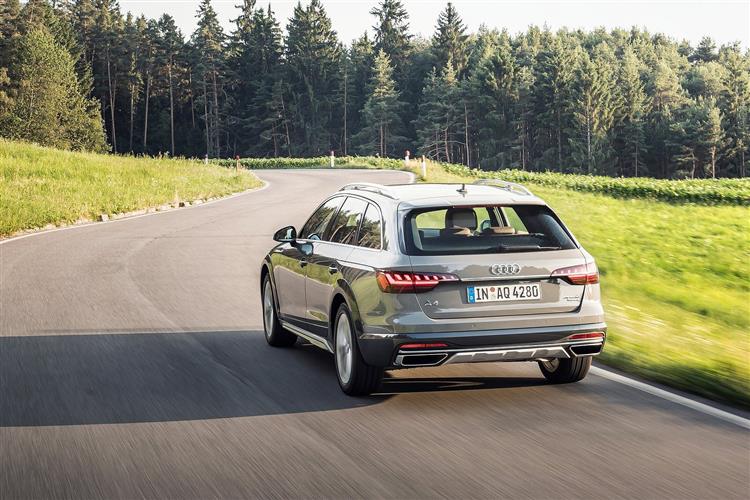 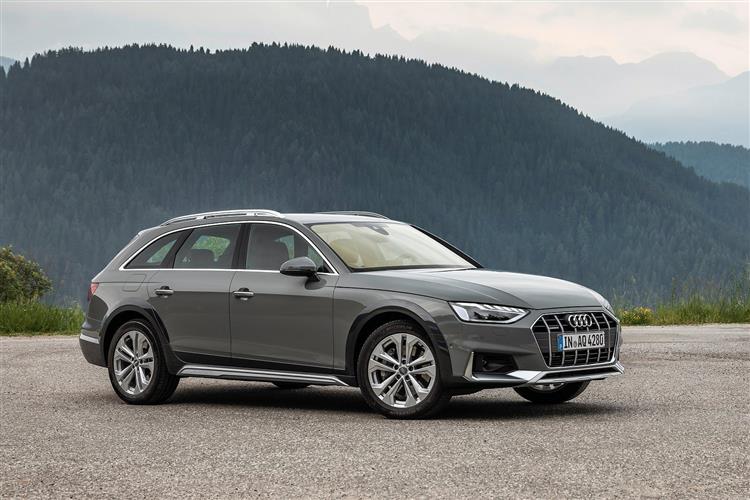 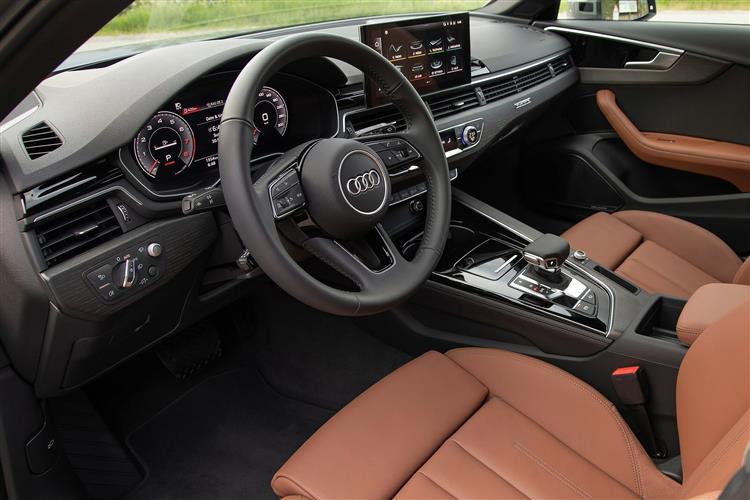 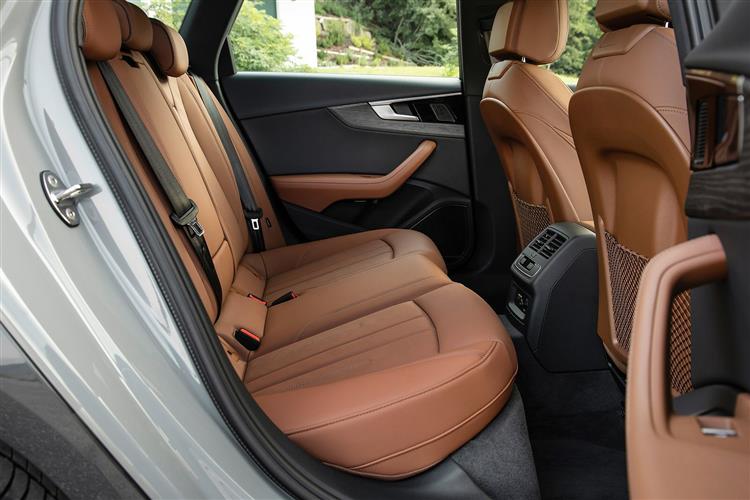 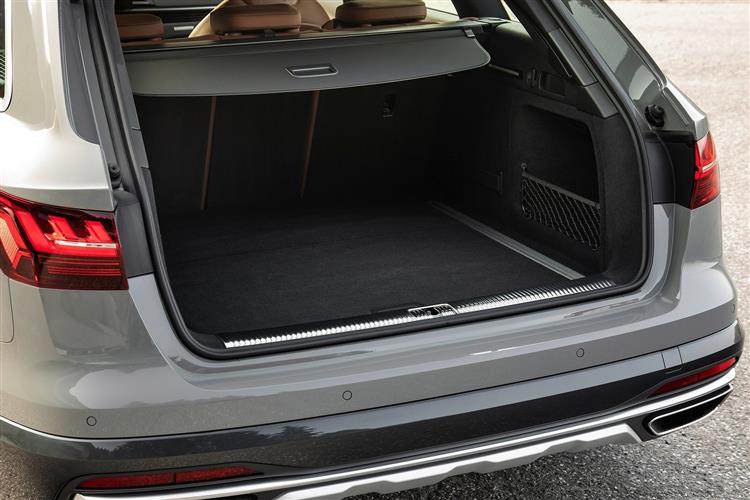 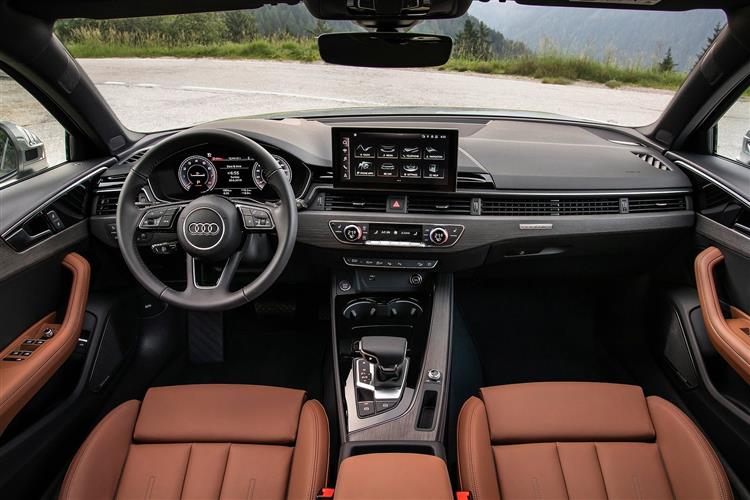 Fancy an A4 Avant with extra road presence and ability in slippery conditions? If the answer is yes, you'll be wanting an A4 allroad, here lightly refreshed in line with the changes recently made to more ordinary A4 variants. This is Audi's alternative to a full-blown SUV and for the majority of buyers who never undertake challenging off-road trips, it could be preferable.

Audi has been churning out four-wheel-drive estate cars for quite a while but there's a distinction between the basic quattro Avants, as Audi nomenclature refers to them, and the allroad line. An allroad goes further in making Audi's impressive quattro 4x4 system appropriate for off-road use. We're not talking about rock-strewn mountainsides or extreme wilderness river crossings here but the kind of unmade roads and muddy tracks that owners might encounter. A standard A4 quattro could tackle such terrain but there would be a greater chance of it sustaining damage. The A4 allroad has a raised ride height and body-protection measures to help it come through this kind of use unscathed. The original version came out in 2009, then a second generation version arrived in 2015, which was then lightly facelifted in mid-2019 to create the car we're going to look at here.

The engine range is loaded with familiar Audi units. Most allroad buyers select the 190PS 40 TDI diesel, but there's also a 286PS 50 TDI six cylinder TDI diesel engine available on request. Or the 245PS 45 TFSI petrol unit. From a standing start, the 190PS 40 TDI variant gets to 62mph in 7.8 seconds and the top speed is 136 mph. Naturally, quattro all-wheel drive is standard on all models. The quattro drive set-up is partnered with the updated wheel-selective torque control system, which is active on any surface. Depending on the engine, there is a choice of a manual six-speed transmission, the seven-speed S tronic auto or an eight-speed tiptronic auto. This A4 allroad is a little better off piste than before. Ride height has been increased by 23mm and larger wheels compared with the Audi A4 Avant provide an additional 34mm of ground clearance. As an alternative to the standard suspension, this model is available with optional suspension with damper control. Sensors measure the movements of all four wheels plus lateral and longitudinal acceleration. The damper characteristic adapts accordingly to the surface conditions and the driving situation. The results are enhanced handling with even greater comfort and impressive off-road capability. Furthermore, the driver can push a button to choose the default setting of the suspension in Audi drive select and call up the desired handling characteristics at any time.

The A4 allroad's updates mainly centre around its revised 'R8'-style front grille and smarter profile body panels. As before, it certainly looks quite SUV-like, powerfully flared wheel arches and a re-styled rear bumper attracting attention. These are finished in matt structure grey or painted in the body colour. The robust underbody guard and the rear diffuser are finished in selenite silver. The distinctive front end with jagged headlights, unique bumper and model-specific air intakes underscores this car's quite extrovert character. Vertical chrome slats adorn the sculpted Singleframe grille, while allroad badges decorate the front wings and the tailgate. The higher roof rails round out the typical allroad look. Plus there's the option of Audi's clever Matrix LED headlights. At the wheel, there aren't many changes over any ordinary A4 Avant - but that's no bad thing. That means a classy fascia with its distinctive continuous air vent strip. Out back, the luggage compartment offers 505-litres of storage space in the standard configuration. Total capacity with the rear seats folded down and loaded to the roof is 1,510-litres. An optional rail and load-securing kit makes it easier to transport individual objects. A power luggage compartment cover and the electric drive for the tailgate are standard. With the optional sensor control, the driver can open and close the lid via a foot gesture.

Prices are pitched at about £1,000 above what you'd pay for an equivalently-engined standard model A4 Avant with quattro 4WD. A 45 TFSI quattro, for instance, costs just over £44,000. There are two trim levels - 'Sport' and 'Vorsprung'. Standard equipment is pretty complete across the line-up. All trim levels include alloy wheels of at least 18-inches in size, Xenon headlights with LED daytime running lights, the 'Audi smartphone' interface, the 'Audi drive select' driving dynamics system, three-zone climate control and a 7-inch colour MMI infotainment monitor. We'd want to look at a couple of key options. The 'Audi phone box' connects smartphones to the on-board antenna and charges them. Meanwhile, for discerning hi-fi fans, a Bang & Olufsen 3D Sound System with innovative 3D sound is available. As for safety, well along with the usual airbags and electronic safety nets such as ABS and stability control, there's optional active lane assist, a rear cross traffic alert, collision avoidance assist plus a cruise control system that assists with tiresome traffic-jams.

Running costs are of course a vital consideration in this segment and this A4 allroad offers some decent numbers that aren't very different from those of any ordinary A4 Avant estate with quattro 4WD. Like one of those, an allroad model features Audi's latest MHEWV mild hybrid engine technology, based around a 12-volt set-up for the 40 TDI diesel and the 45 TFSI petrol and a 48-volt system for the 50 TDI diesel. The 40 TDI diesel varaiant manages 48.7mpg on the WLTP combined cycle and 130g/km of NEDC-rated CO2. For a 45 TFSI petrol model, you're looking at 36.2mpg and 153g/km. The 50 TDI manages 38.2mpg and 194g/km of CO2 in 'Sport' form. We'll brief you on what Audi's definition of 'Mild Hybrid' tech actually means. In the two four cylinder models, a 'BAS' belt alternator starter-generator powers a 12-Volt main electrical set-up in which a compact lithium-ion battery in the boot stores energy harvested via a 'KERS' kinetic energy recovery system. During braking, the 'BAS' package can recover up to 5kW of power and feed it back into the battery. If the driver takes their foot off the accelerator at speeds between 34 and 99mph, the mild hybrid system will recuperate energy, while the car rolls in idle or coasts with its engine automatically switched off. The belt alternator starter-generator restarts the engine the next time the accelerator is depressed, and does so faster and more gently than a conventional starter.

In theory, this A4 allroad is little more than a jacked-up A4 Avant quattro. In practice though, it feels so much more than that. Why? Well the cosmetic upgrades certainly play their part. And on the move, the improved ride quality further helps to give this model its own more unique feel. It all means that if you were going to buy a plusher A4 Avant anyway and your dealer pointed out that for very little more, you could have one of these, we think you'd find the proposition hard to resist. If you want the occasional benefits of better ground clearance and off road traction without the usual clunky dynamic downsides. If you can do without the image, expense and bulk of a fully-fledged SUV. And if, in summary, you want to make a sensible lifestyle statement, then here's a solution that's very thorough. Very sophisticated. And very Audi.

Fill out the simple form below to get a quote for this Audi A4 Diesel Allroad Estate 50 Tdi Quattro Sport 5dr Tip Tronic lease.