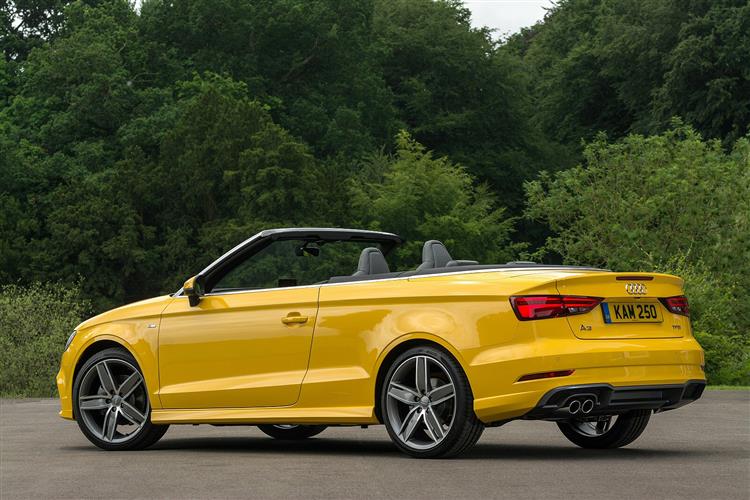 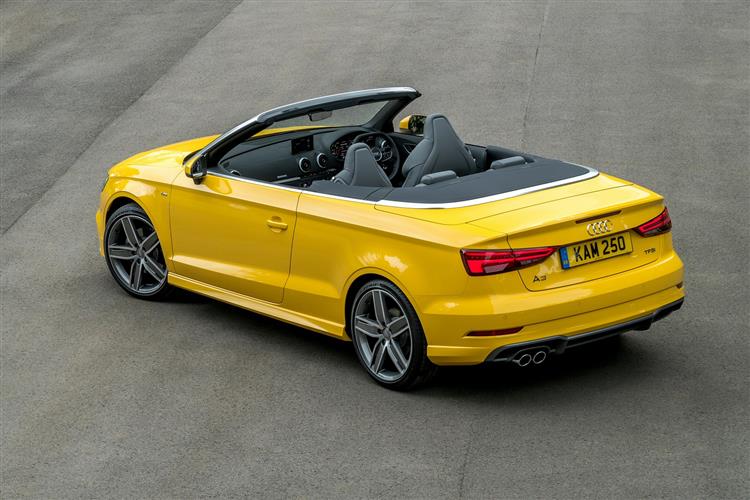 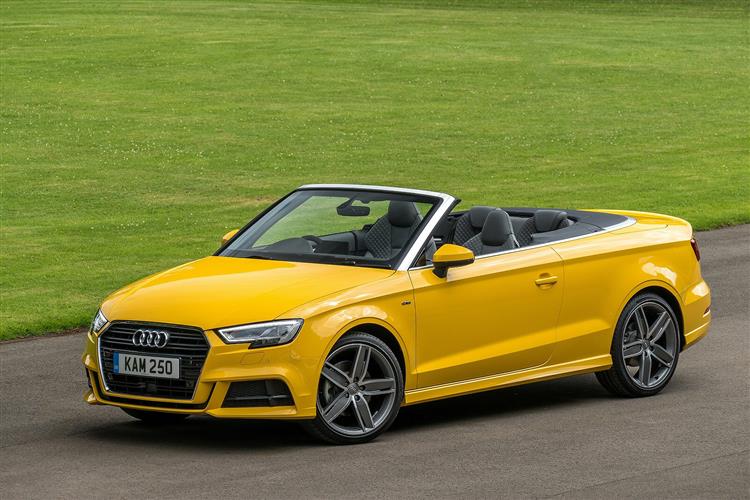 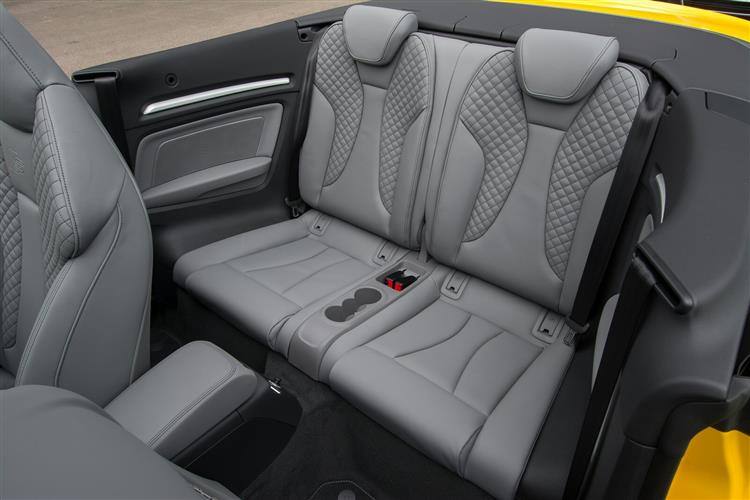 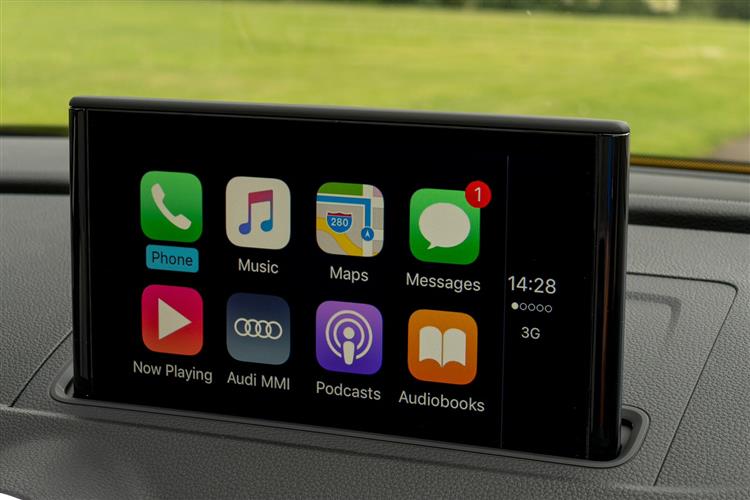 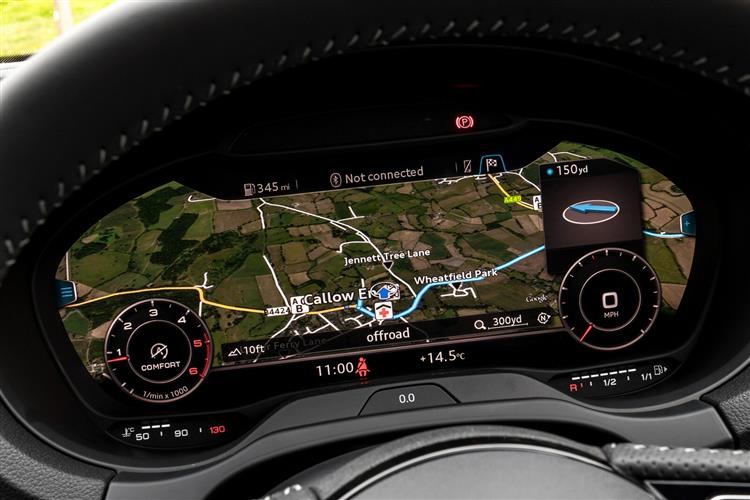 Audi continues to be a strong player in the compart convertible segment with its second generation A3 Cabriolet. There's a choice of two advanced TFSI petrol engines on offer, plus innovations like the Audi Smartphone interface and the clever 'Virtual Cockpit' instrument layout. All of this embellishing a classy, stylish and pretty practical basic package. You'd like one.

Can a relatively affordable compact convertible be genuinely, heart-stoppingly, aspirationally desirable? Audi thinks so and, in the form of this improved second generation A3 Cabriolet, has brought us an open-topped car that's very difficult not to like. All the Audi attributes you're used to - cool design, fantastic build quality, engine efficiency and strong residual values - are matched to sleek looks delivering that 'want one' factor. You can't really ask for much more from a compact convertible, but the Ingolstadt brand has delivered more anyway, adding in extra infotainment technology, an improved 4WD system and a more sophisticated 2.0-litre turbo petrol TFSI engine.

Engine-wise, it's now an all-petrol line-up. We'd recommend the 1.5 TFSI petrol unit used in the base '35 TFSI' variant, which features with clever CoD, or 'Cylinder on Demand' technology. It's almost as efficient as the old diesel version, significantly quieter (especially of course with the roof down) and just as quick (62mph from rest takes 8.9s en route to 137mph). We're not sure we'd really want to go much faster than that in this car, but Audi centres are ready and willing to oblige those with a further need for speed with the 190PS 2.0-litre powerplant used in the '40 TFSI'. This comes only with S tronic auto transmission and quattro 4WD. This variant makes 62mph in just 7.3s en route to 155mph. The same quattro system is used on the potent S3 flagship model, which mates quattro 4WD to a 300PS 2.0-litre TFSI turbo engine able to power you to 62mph in a fraction over 5s. Toupees will very definitely need to be firmly tied down.

Built on a modified version of the A3 Saloon's chassis, the A3 Cabriolet lost its somewhat dumpy, pram-like styling when re-launched in second generation form. Exterior changes made to this model in recent years have been slight; the front still looks purposeful, courtesy of sharp lines for the familiar broad Singleframe grille. The headlights are flat, with distinctive outer contours and can be ordered in Matrix LED form, in which form they are significantly brighter and constantly adapt themselves to avoid dazzling other road users, plus of course they never need to be dipped. Inside, the 'Virtual Cockpit' instrument display used in the TT and other pricier Audis is available in this one as an option. This displays the most important driving-relevant information in high resolution on a 12.3-inch diagonal TFT screen. The driver can switch between two views by pressing the "View" button on the multifunction steering wheel. As before, the soft fabric roof is stretched over a magnesium-steel 'skeleton'. The opens or closes electro-hydraulically in less than 18 seconds at speeds of up to 31mph. When retracted, the top - folded into three layers - rests in a tray that barely affects luggage capacity, which is 320-litres - or 285-litres in quattro variants. There's a proper glass rear window and the roof can be specified in black, grey and brown - while the inner liner is available in black or lunar silver.

Why no folding metal hard top, especially when you're paying from around £30,000? The reason is because this car is better without one. The roof is beautifully engineered, so it's easy to appreciate what your money's been spent on. The fully automatic acoustic hood has a thicker inner foam layer which further reduces the already low interior noise level of the A3 Cabriolet. A wind deflector and head-level heating for the front seats are also available. An active rollover protection system consisting of two spring-loaded plates that are recessed into the body protects the occupants in case of a rollover accident. The key option with this model is the clever 'Virtual Cockpit' system replacing the conventional instrument dials with an eye-catching 12.3-inch TFT display. But of course, there's much else to select from. An 'MMI radio plus' set-up with an electrically extending 7-inch diagonal monitor is standard, while the 'MMI navigation' system is fitted from 'Sport' trim upwards. Go further and specify the 'MMI navigation plus with MMI touch in conjunction with the Audi connect' package (what a mouthful!) and you can have many online functions in your A3 at high speed via the super-fast LTE standard. They include, for example, navigation with Google Earth and Google Street View traffic information in real time, as well as practical information on parking, destinations, news or the weather. There's also a free 'Audi MMI connect' app that enables other services, such as online media streaming and transfer of a calendar from a smartphone to the MMI. Mobile phones with iOS and Android operating systems can now be connected with the car via the standard Audi smartphone interface.

The A3 Cabriolet's work on weight reduction is evident in the most unexpected places. The bonnet, for example, is all aluminium. The engines are impressively light, as are the seats and the dashboards. All of this has incremental effects on emissions and economy. All engines employ direct injection and turbocharging and are backed up by a start-stop-system. The 1.5-litre '35 TFSI' CoD manual variant gets 42.8mpg on the WLTP combined cycle on 16-inch wheels, with CO2 emissions of 149g/km (WLTP). Audi's cylinder on demand (CoD) technology helps here, which deactivates two of the engine's cylinders when cruising. The 2.0-litre '40 TFSI' S tronic model manages 36.7mpg (WLTP) on 17-inch wheels on the combined cycle - and 175g/km of CO2 (WLTP). Residual values are very strong too.

This A3 Cabriolet remains an elegant thing and a strong ownership proposition. Of course, it's always possible to spoil things. Adding big wheels and firmer suspension options that spoil the ride quality. Doing without the excellent acoustic roof that makes this car so refined. Loading the car with pricey extras that won't pay for themselves come resale time. But all of these things are in your hands. Audi's job was to provide the market's most desirable compact convertible and it's a task that's been completed with consummate skill. Provided you don't enter the purchasing process with unrealistic expectations that this model will be mainstream brand-affordable - or some sort of sportscar - it's hard to see how you could be disappointed by what's on offer here. The A3 Cabriolet has matured - got a little more Vorsprung durch Technik. And the compact convertible class has a strong benchmark.

Fill out the simple form below to get a quote for this Audi A3 Cabriolet 35 Tfsi S Line 2dr S Tronic [tech Pack] lease.