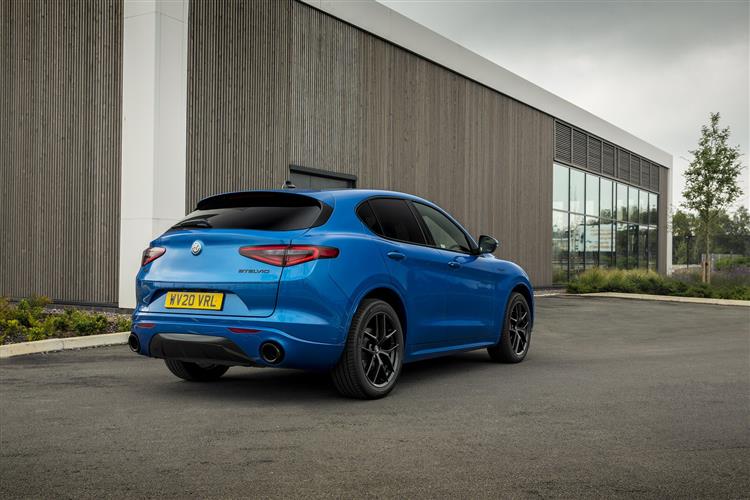 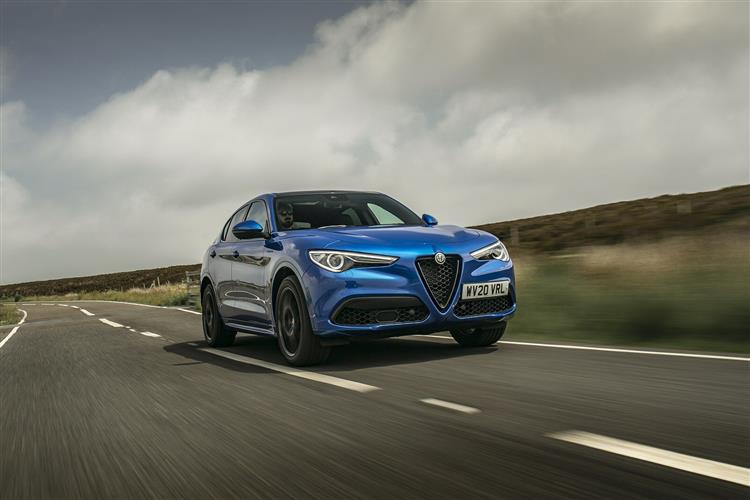 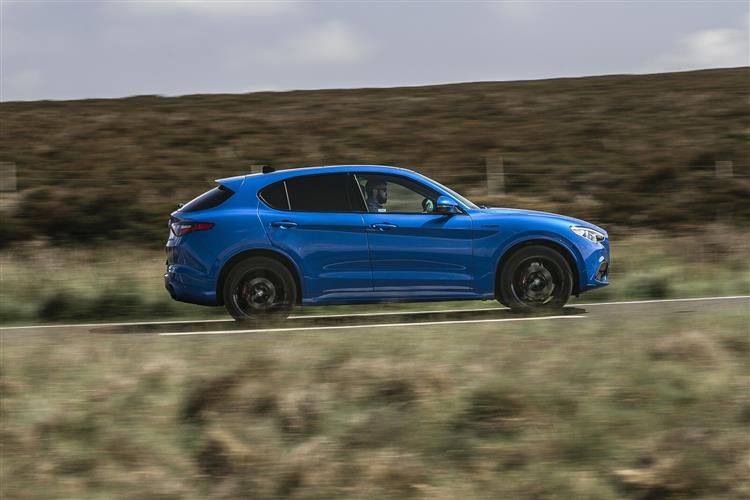 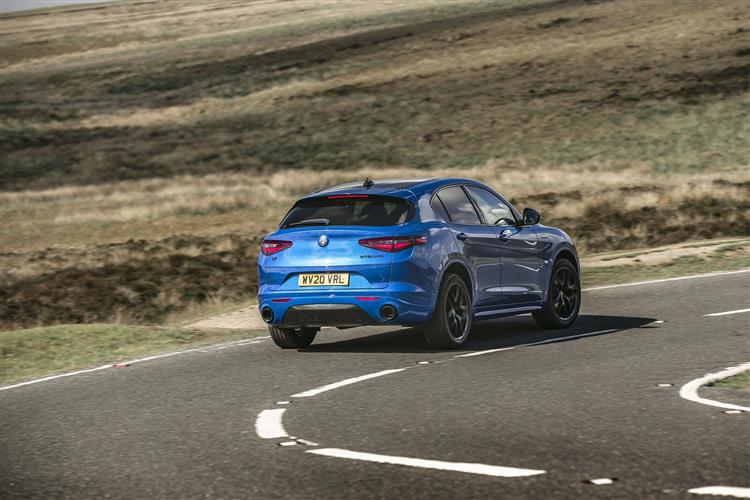 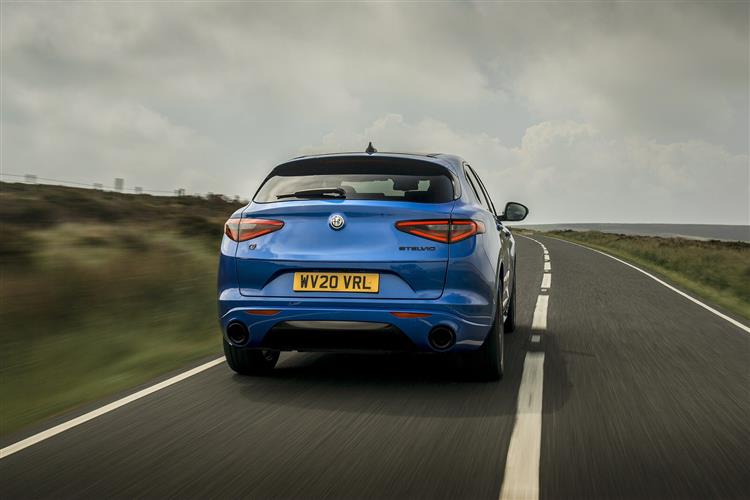 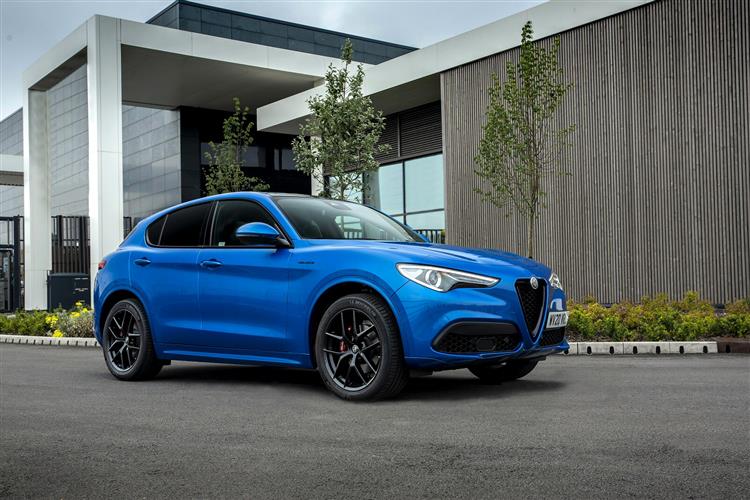 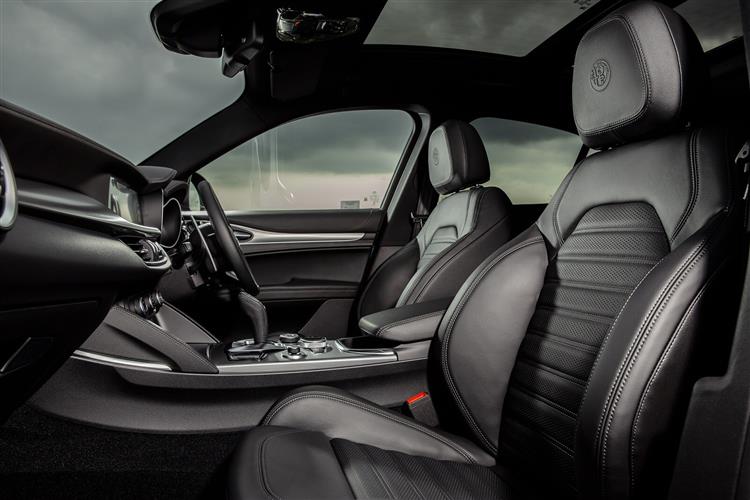 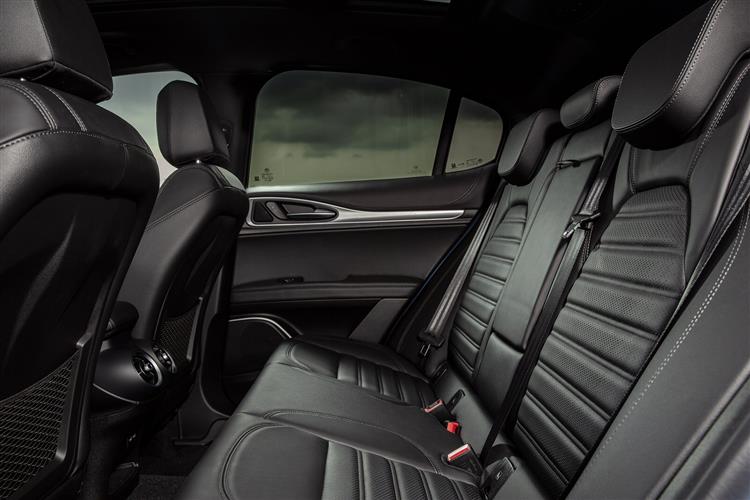 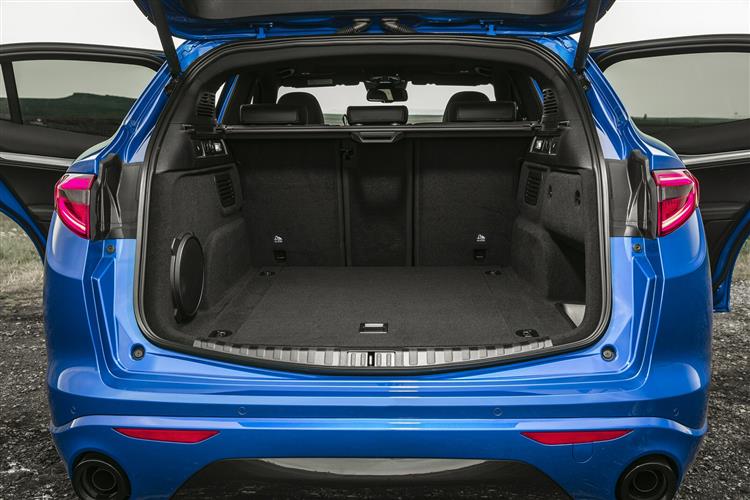 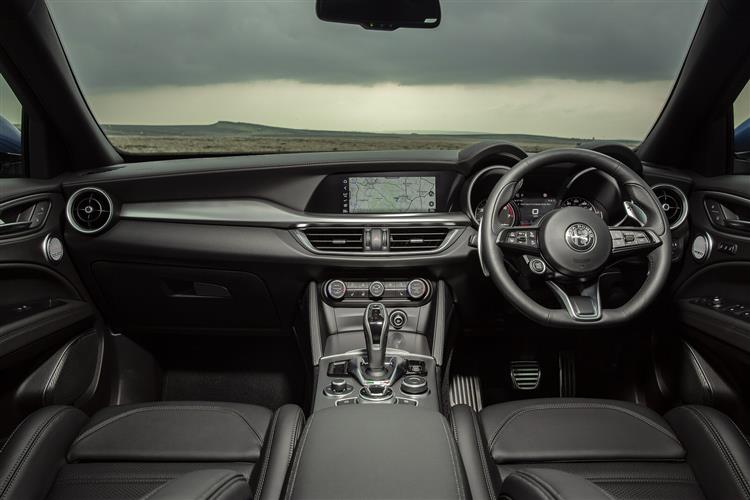 What might the fastest SUV you can buy be like? According to offer Alfa Romeo, this is it, the Stelvio Quadrifoglio. Rivals make similar claims but this Italian high performance SUV appears to have the firepower to match its bravado, offering the same Ferrari-derived twin turbo V6 that features in the glorious Giulia Quadrifoglio super sports saloon. This top Stelvio model was lightly revised for the 2020 model year. But its essential character hasn't changed.

It's rather refreshing in automotive world currently obsessed with electrification to come across a car like this. Proper sports cars might be a dying breed but proper sports car engines are still, for the moment anyway, alive and well. And the Alfa Romeo Stelvio Quadrifoglio model we look at here absolutely has one; a turbocharged 510hp V6 bi-turbo shoe-horned in below its carbon fibre bonnet. This powerplant was designed by former Ferrari engineer - Gianluca Pivetti. And another ex-Ferrari engineer, Philippe Krief, handled the team responsible for trying to make this big SUV handle somewhere in the same ballpark as the Alfa Romeo Giulia Quadrifoglio saloon that shares nearly all this fast Stelvio's engineering. Which is quite a task given that this SUV is 200kg heavier. How does it fare? Let's find out.

This exclusive Stelvio model certainly has the stats to back up its bold performance claims - and these include a Nurburgring Nordschleife SUV lap record of 7 minutes 51.7 seconds. Under the bonnet, as with the Giulia Quadrifoglio, lies a 2.9-litre petrol V6 Biturbo powerplant that's essentially a cut-down version of the 4.0-litre V8 used in Maranello's 488 GTB. It develops a thundering 510bhp, which at the time of this test was an output matched only by the upgraded and much pricier 'S' version of this model's other most obvious rival, the Mercedes-AMG GLC 63. This Alfa storms to 62mph in a 3.8s time that identically matches that Merc, this figure only slightly slower than that Ferrari we just mentioned. And should you find yourself a track or a stretch of unrestricted autobahn, it'll keep powering on up to 176mph. Alfa's thrown all the performance technology it has at this halo model and on this top Stelvio, you get one feature not fitted to UK versions of the Giulia Quadrifoglio - the Italian maker's innovative Q4 all-wheel-drive system. 'Active Torque Vectoring' helps get the power down through the bends, 'Active Suspension' varies the damping and 'Alfa Chassis Domain Control' connects the different systems to deliver the best set-up as the car is being driven. There's also an 'Alfa Active Aero' system that alters the angle of the front splitter to help this model scythe through the air more cleanly, plus the 'DNA' drive modes system gets an extra 'Race' setting for tyre-smoking starts. An 8-speed paddleshift auto transmission is mandatory.

Visual changes to the latest version of this Stelvio Quadrifoglio are slight. A smarter glossy black finish adorns the front trilobe. And as before, piercing bi-xenon headlamps give the car some serious overtaking presence. The taut proportions of the Stelvio work well with the Quadrifoglio embellishment. Enthusiasts will most readily recognise this top version by its unique new 21-inch wheels, this wheel size seen for the first time on a Quadrifoglio. At the rear, there's also a potent lower rear air diffuser and this revised model has gloss black-finished badgework, plus there are smarter LED rear light clusters with dark lenses. Inside, the cabin is set apart with sports seats upholstered in a leather-and-alcantara combination. The dashboard and the door panels are also wrapped in stitched leather and there are carbon fibre inserts around the fascia, plus you get aluminium kick plates and an ambient lighting set-up for a classy feel after dark. Changes made to this revised model include a revised leather-trimmed steering wheel and gear stick. But the key improvement is the new 8.8-inch centre-dash infotainment display, now a touchscreen. In the rear, there's a lot more headroom than the sleek silhouette previously led you to expect. Out back, there's a 525-litre boot. Pushing forward the rear bench extends the space available to 1,600-litres.

This Quadrifoglio variant, as you'd expect from its exalted price tag (which at the time of this test in Autumn 2020 was around £73,000), comes with its own unique specification. That encompasses 21-inch alloy wheels, Bi-xenon headlamps and dark-tinted rear windows. Plus black-painted aluminium brake calipers and quad sports exhausts poking out of the rear diffuser. Q4 AWD works with 'Active Torque Vectoring' to help get the power down through the bends, 'Active Suspension' varies the damping and 'Alfa Chassis Domain Control' connects the different systems to deliver the best set-up as the car is being driven. Inside, the upholstery features a lovely leather and alcantara combination, plus there's carbon fibre dash trim and a red starter button on the steering wheel, along with a 'Race Mode' you can access through the 'DNA' driving modes controller. There's also a new 8.8-inch 'AlfaConnect' centre-dash infotainment touchscreen with built-in navigation, 'Apple CarPlay'/'Android Auto' smartphone-mirroring and an 8-speaker DAB audio system. Plus you get a rear view camera and an alarm. Finally, we'll tell you that this revised model introduces fresh Advanced Driver Assistance Systems to offer level 2 autonomous driving. The main enabling technologies for that in this revised model include Lane Keep Assist, Active Blind Spot Assist, Active Cruise Control, Traffic Sign Recognition with Intelligent Speed Control, Traffic Jam Assist with Highway Assist and Driver Attention Assist. And, as before, there's an 'AEB' Autonomous Emergency Braking system with pedestrian detection, plus a Forward Collision Warning set-up.

No one would expect this top 2.9-litre V6 Biturbo Quadrifoglio super SUV variant to be a paragon of frugality, but thanks to a cylinder deactivation system that cuts in under part-throttle loads, it actually doesn't do too badly. Its figures - 28.8mpg on the WLTP combined cycle and 222g/km of WLTP-rated carbon dioxide - are roughly equal to what you'd get in a rival Mercedes-AMG GLC 63. The figures quoted assume selection of the 'Advanced Efficiency' 'DNA' system driving mode, which softens off the throttle response to give better fuel consumption. There's a graphic fuel consumption display in the instrument binnacle TFT read-out. And there's an 'Efficient Drive' eco-coaching set-up on the centre-dash infotainment screen that grades the frugality of your progress based on three criteria - 'acceleration', 'deceleration' and 'gear changing'. As for peace of mind, well you get the usual three year unlimited mileage warranty covering parts, materials and labour, plus 3 years of AA Contact support which includes 24hr Roadside Assistance, Home Start, Relay, Relay Plus, European Cover, Accident Management, plus access to travel information, legal advice and technical information. You can spread the cost of maintenance work by opting for an 'Easy Care Servicing Plan' that runs from one to five years. It includes the cost of all labour, parts and fluids, so you won't be landed with any unexpected bills. Insurance won't be cheap - rated up at group 50D.

There are other super high performance SUVs at this price point that you could certainly consider as alternatives to this Stelvio Quadrifoglio, the most obvious being the Jaguar F-PACE SVR, the Porsche Macan Turbo and the Mercedes-AMG GLC 63S. Each of these alternatives can offer a bit more polish than this Alfa, but in many ways, this Stelvio is a more uncompromising performance car. If that's what you're looking for, then that'll matter. The Biturbo Ferrari-derived engine is worth the price of admission alone and you get the all-wheel-drive traction that is missing from this model's Giulia Quadrifoglio sports saloon stablemate. The 'Quadrifoglio Verde' four-leaf clover badge that sits over the front wheel arches of this SUV first featured on Ugo Sivocci's Alfa Romeo RL Targa Florio, a car with which that driver triumphed in the race of the same name back in 1923. Unlike its rivals, this model feels like it has that kind of heritage. And for that reason, we like it very much.

Fill out the simple form below to get a quote for this Alfa Romeo Stelvio Estate 2.9 V6 Biturbo 510 Quadrifoglio 5dr Auto [acc] lease.