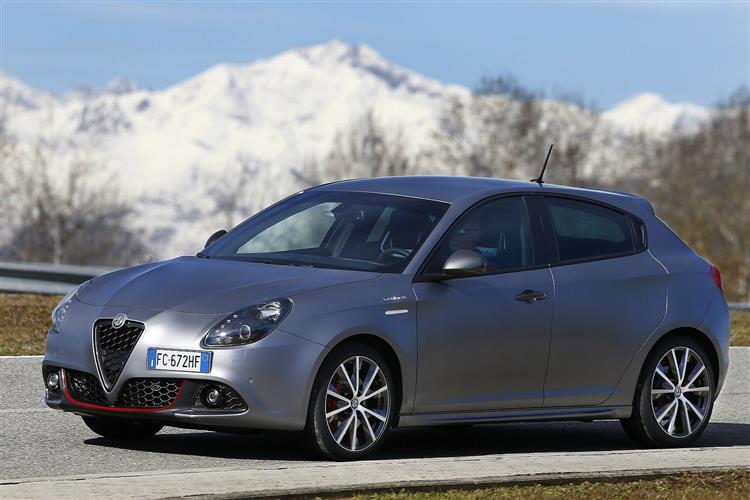 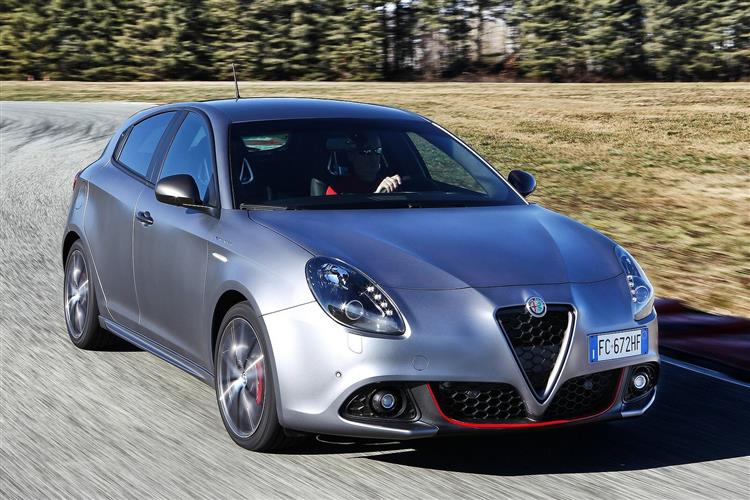 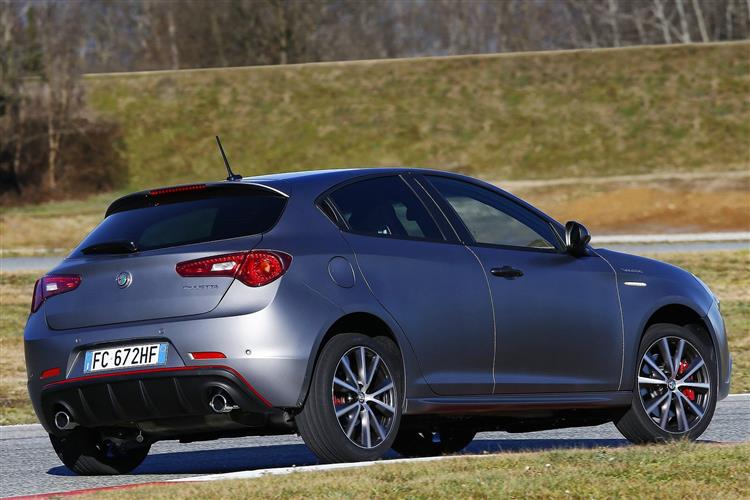 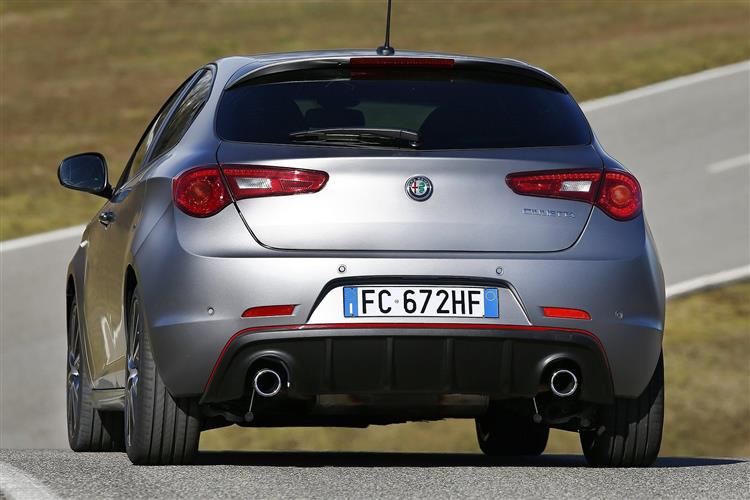 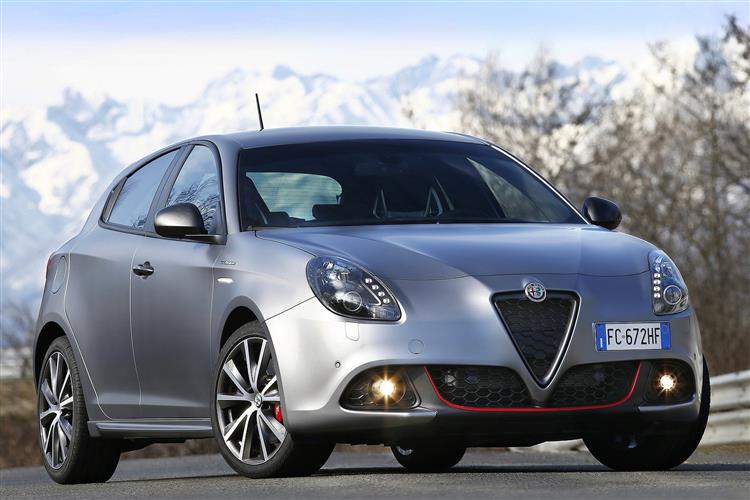 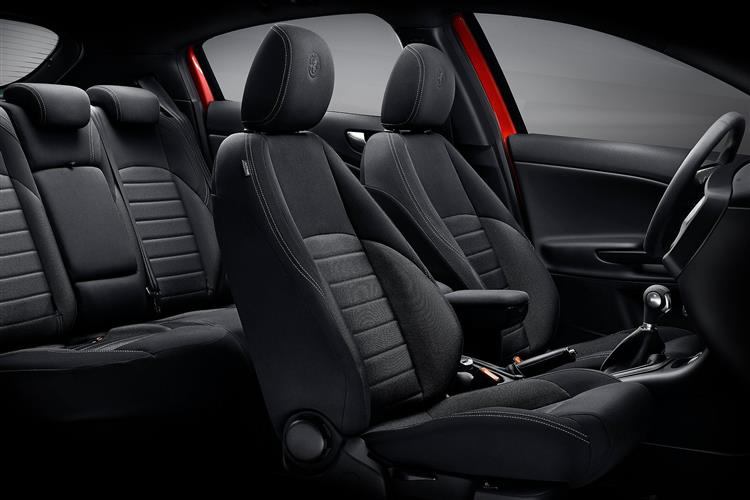 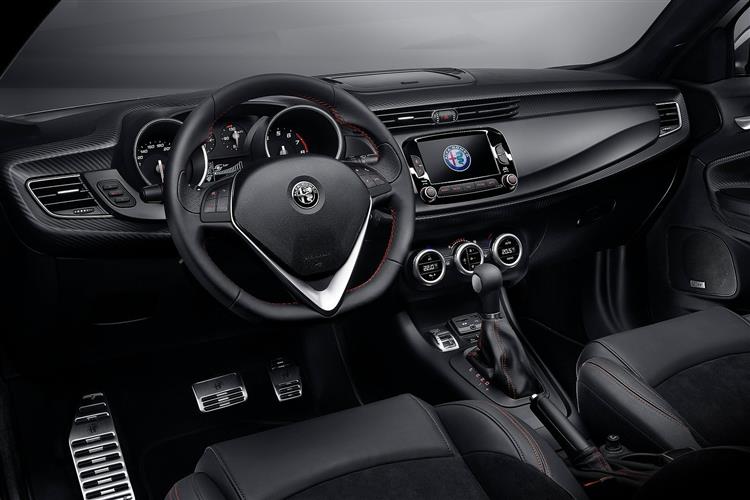 Those of you in the know will realise that Alfa Romeo has been building some fantastic diesel engines in recent years and the 2.0-litre JTDM-2 unit fitted to this improved Giulietta is a case in point. It has a 170hp output and you'll get decent economy, low emissions and there's no need to compromise on the style statement.

There are some car makers who unerringly get their products right, straight off the bat. Unfortunately Alfa Romeo isn't one of them. It normally takes several years for Alfa to flesh out a new car model range and to fine tune the build process. The Giulietta has been with us since early 2010 and in that time, it's established itself as a car that can stand toe to toe with the Volkswagen Golf, even bettering the mighty German in several key regards. One area where Alfa Romeo can certainly leverage an advantage over Volkswagen is in diesel engine technology and the Giulietta line up includes an impressive 2.0-litre JTDM-2 powerplant.

The majority of UK Giulietta sales are accounted for by the 120bhp 1.6-litre JTDM-2 diesel, but it's the larger 2.0-litre unit we look at here, developing 170bhp with the TCT auto 'box you have to have. 62mph from rest takes under 8s and you'll top out at 135mph. The torque figure of the engine is 350Nm - fairly low for a 2.0-litre diesel. The DNA selector that debuted on Alfa's MiTo supermini reappears on the Giulietta. Dynamic, Normal and All weather modes can be chosen - hence the 'DNA' branding. These options then adjust the settings of the engine, gearbox, steering, Q2 electronic differential and VDC stability control system to optimise the car's behaviour to the conditions of the driver's preference. Dynamic works best on open roads but makes the throttle response too spiky for town driving, where you'll want to switch it back into Normal. After a while you'll wish the car could figure this out for itself.

Every time I see the Alfa Romeo Giulietta, I come away with a different opinion as to how pretty it is. Some of the basic proportioning is quite challenging and is extremely sensitive to colour choices and wheel selections. In dark colours, with the biggest alloy wheels on the options list, it looks fantastic. Go for a pale colour with small wheels and it can appear uncomfortably bulbous. This current model gets sleeker front-end styling that includes a striking honeycomb grille, piano black bumper inserts with red highlights on sporty models and revised headlamp and fog lamp surrounds. The idea is to emphasise the Giulietta's close genetic links with Alfa Romeo's premium segment Giulia sports saloon: hence the smart badging, classy alloy wheels, potent tail pipes and fresh new colours. Inside, there are smart seat upholsteries, dashboard and door panel finishes. Plus a Uconnect infotainment system with smartphone-enabled LIVE services. These include music streaming with access to the Deezer and TuneIn set-ups, news with Reuters, Facebook Check-In and Twitter. Plus Alfa's useful 'eco:Drive' and 'my:Car' services, along with traffic updates for navigation-equipped models. Otherwise, it's pretty much as you were. Those sleek lines don't impinge on practicality too much, although there's not as much space in the rear as the exterior dimensions might suggest. The 350-litre boot is competitive and Alfa has built a range of storage options into the cabin. The controls are arranged in tiers on the sweeping dash and there's a suitably traditional set of cowled instruments.

The 2.0-litre JTDM-2 engine comes only in top 'Veloce' trim, priced at around £26,000. The kit list includes 18-inch dark five hole alloy wheels, sports bumpers with yellow accents, oversize yellow Brembo brake calipers and twin exhaust pipes. On the inside, the sports vocation of the Giulietta Veloce is reasserted by Alcantara and fabric seats with contrasting yellow stitching and head restraints with Alfa Romeo logo, aluminium pedals and kick plate and flat-bottom sports steering wheel with yellow stitching. Front and rear parking sensors, electrochromic rearview mirror, electrically folding wing mirrors, automatic headlights and windscreen wipers and Uconnect 6.5-inch radio NAV are all included as standard to cement the Veloce trim's place at the top of the line-up. Alfa hasn't skimped on safety features and the Giulietta gets a complement of six airbags plus an array of electronic devices designed to let drivers extract the maximum from their car while staying safe at all times. There's ABS anti-lock braking with Electronic Brake force Distribution (EBD); Vehicle Dynamic Control (VDC) - Alfa Romeo's interpretation of Electronic Stability Programme; Cornering Brake Control (CBC), Dynamic Steering Torque (DST), Hydraulic Brake Assistance (HBA) and a Pre-Fill function for the brakes. This helped the Giulietta achieve a record 87 out of 100 score on the revised EuroNCAP ratings.

Alfa Romeo has often managed to tug at the heart strings with sufficient force that the hard economics of ownership get punted to the background. That policy may have worked in times of plenty, but in a climate where buyers are watching every penny, a pretty face is no longer enough. The Giulietta 2.0-litre JTDM-2 doesn't do at all badly when it comes to fuel economy, managing 65.7 miles per gallon of derv on the combined cycle and 113g/km of CO2. Residual values have stood up stronger than perhaps many industry pundits expected and the diesel models fare best of all. It's worth remembering that if you do go for the big alloys, fancy paint finishes and infotainment upgrades, you'll only see a very small proportion of the incremental outlay preserved come resale time. One factor working in the Giulietta JTDM-2's favour is a particularly long servicing interval, thus minimising work required on the vehicle during its life cycle and cutting its running costs. The 36,000 mile service interval might have raised alarm bells on older Alfas but improving both perceived and actual quality has been a key objective for Alfa Romeo in recent years

There's no shortage of buyers who would love an Alfa Romeo but have been deterred by any number of practical considerations. Reliability, quality and cost per mile have often worked against the Italians in the past, but every objective measure demonstrates that contemporary Alfa models have their house in order. The improved Giulietta 2.0 JTDM-2 is an intriguing car insofar as it marries some sassy styling with engineering that most rival manufacturers can only look at and begin to imitate. The overall package may not be as roundly polished as a VW Golf, but it feels a more special ownership experience and you won't get kicked in the wallet for choosing the Giulietta over the Golf. So what's stopping you? Here's an Alfa that needs no excuses.

Fill out the simple form below to get a quote for this ALFA ROMEO GIULIETTA DIESEL HATCHBACK 2.0 JTDM-2 170 Veloce 5dr TCT [Nav] lease.