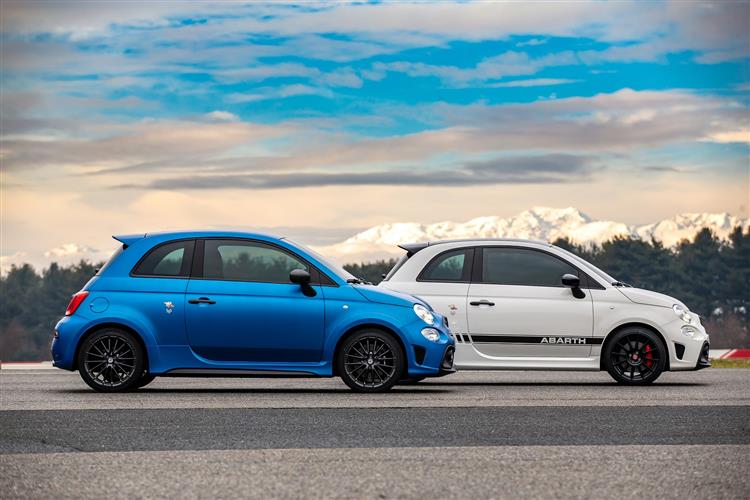 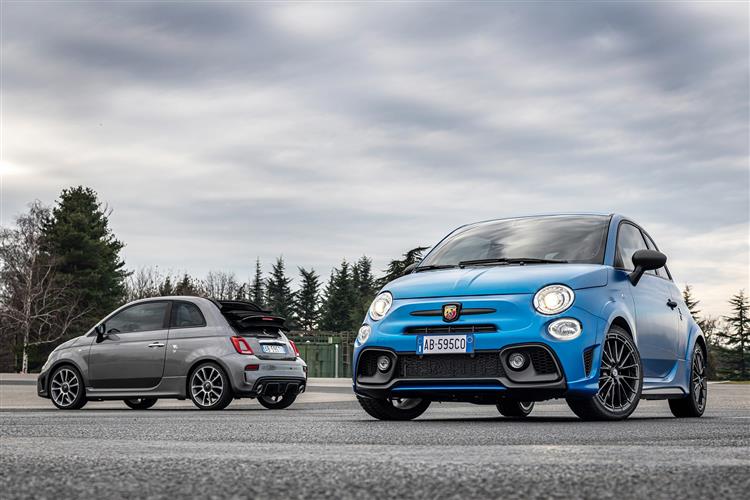 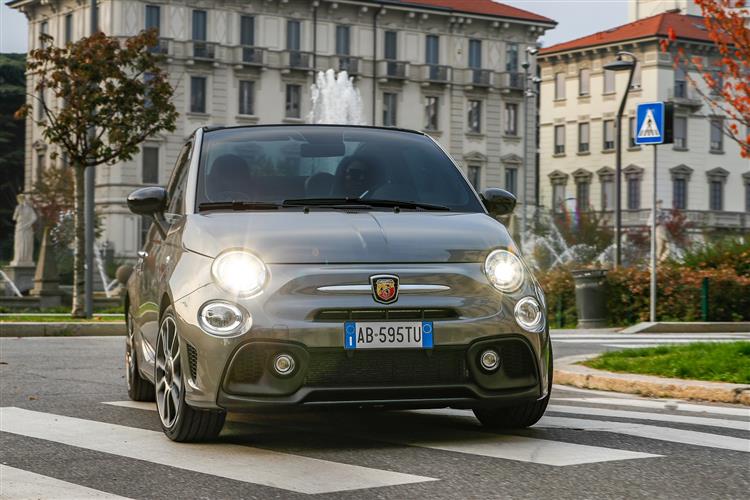 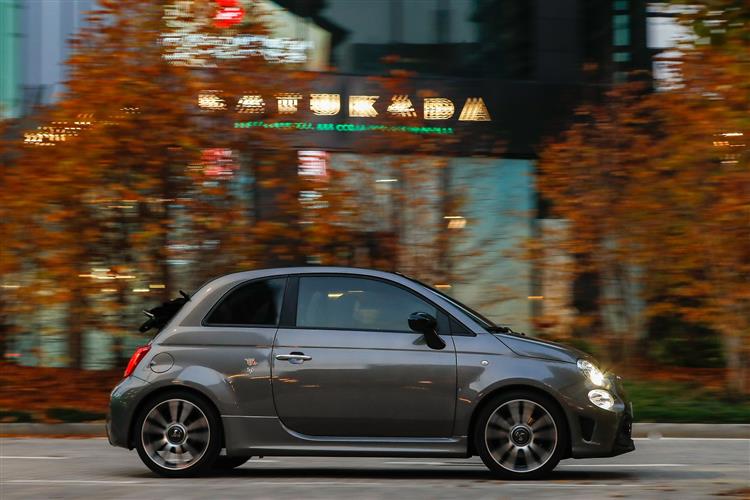 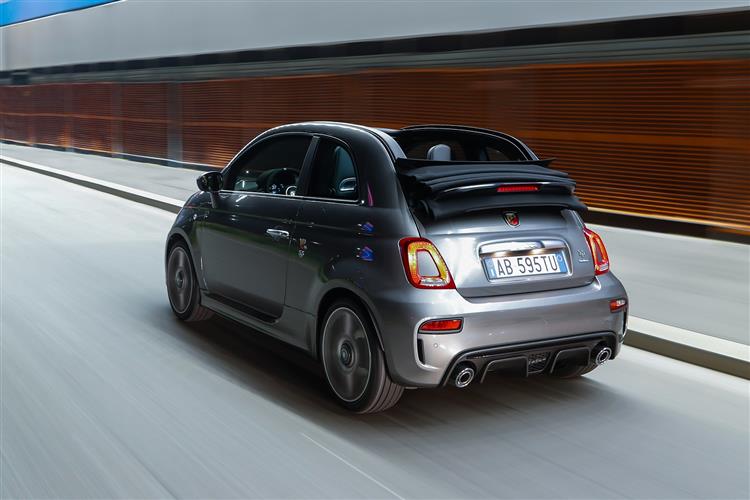 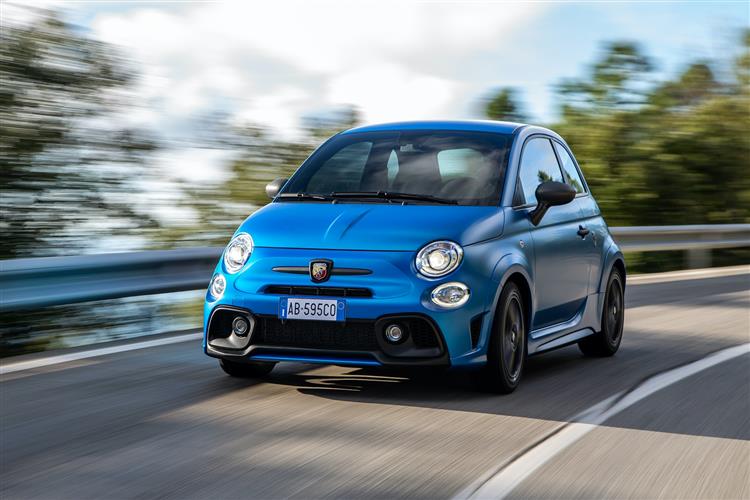 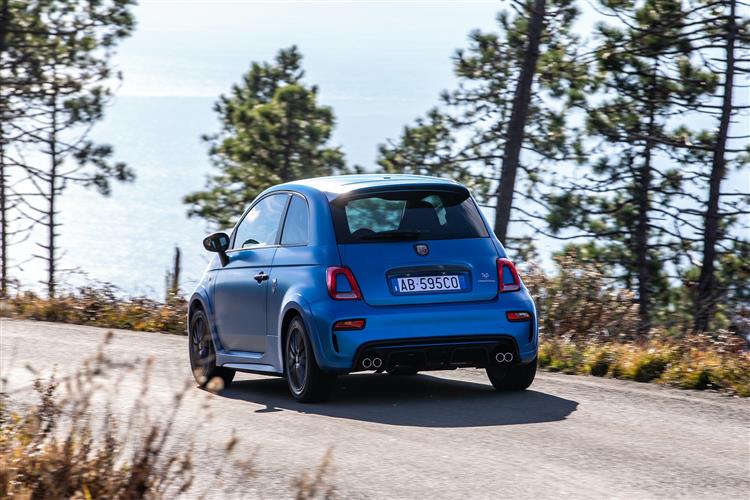 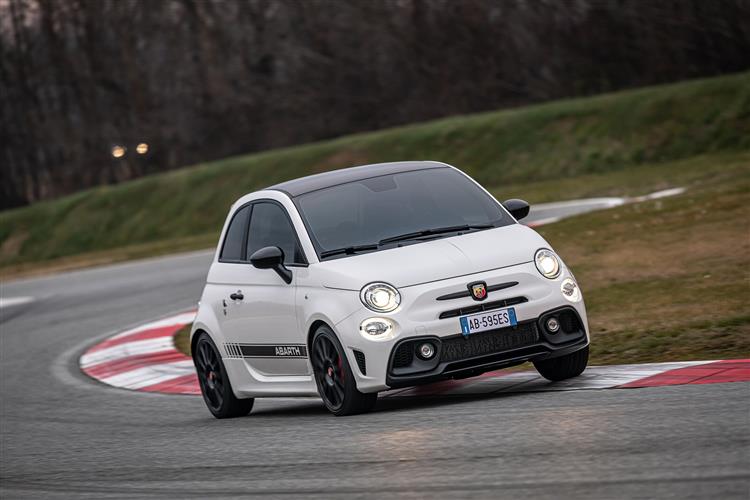 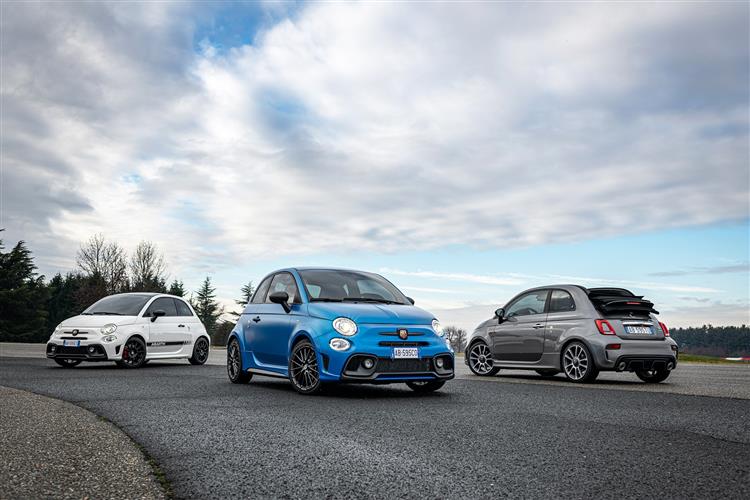 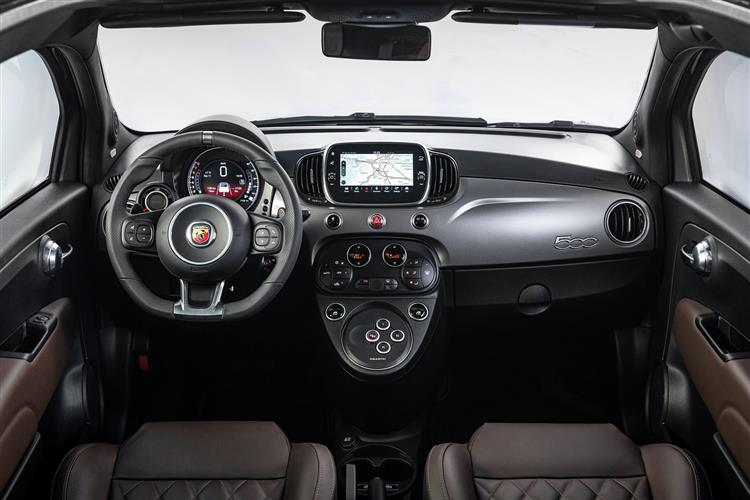 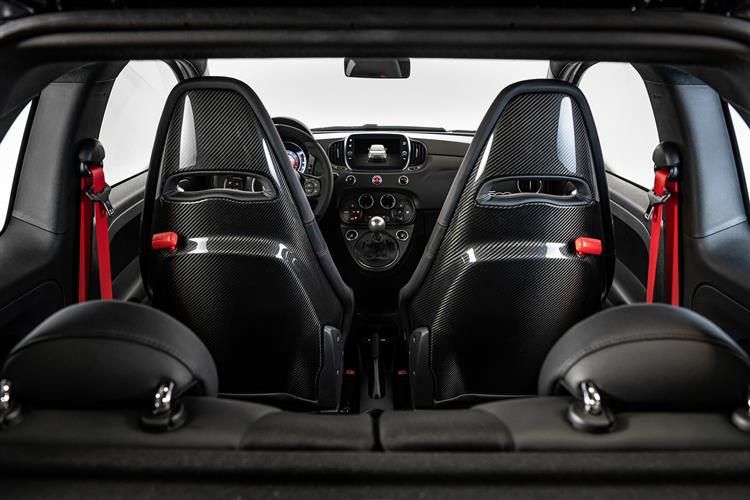 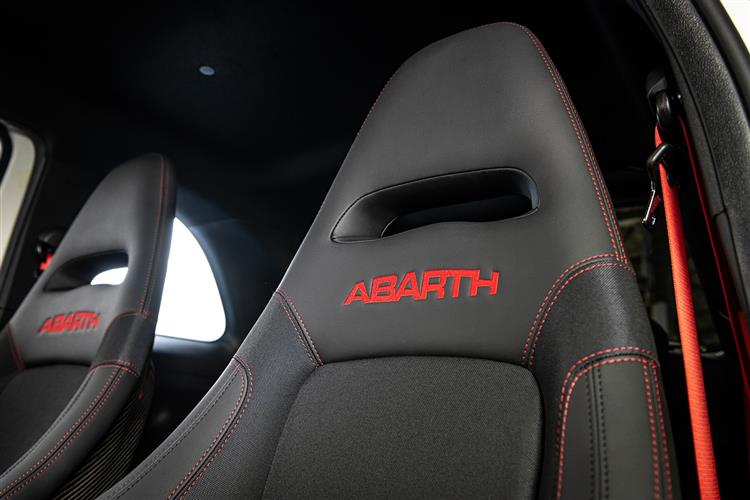 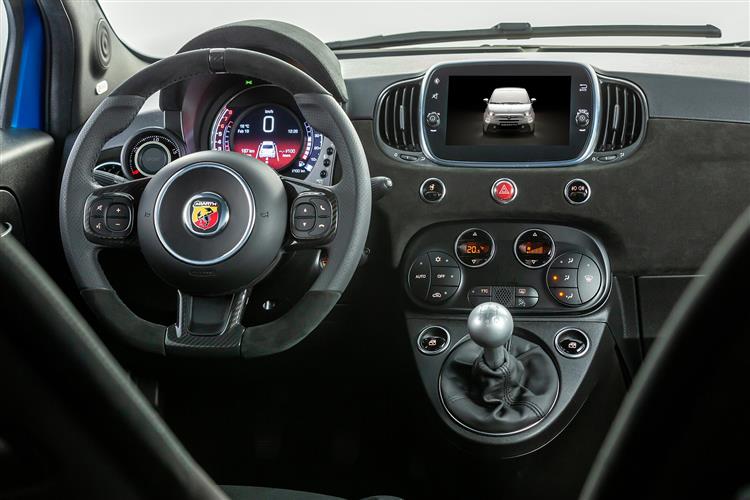 The Abarth 595 range starts from just under £18,000 for the 145hp model, but most Abarth 595 buyers choose a 165hp version of the same 1.4-litre petrol turbo engine, this the unit fitted to 'Turismo' variants and also to the even sportier F595 variants. In the great scheme of all things hot hatch, 165hp isn't a huge hill of beans. You can get hatches with more than double that power output, but as recent developments in sports car manufacture has shown, more power isn't always analogous with more fun. The next stage up lies with 'Competizione' and 'Esseesse' variants which boast an uprated 180hp output. Flog the 165hp version off the line and the 1.4-litre T-Jet turbocharged petrol engine will deliver 60mph to you in a mere 7.1 seconds en route to a top speed of 127mph. In the 180hp Competizione derivative, those figures improve to 6.7s and 140mph. That should be quick enough to get your jollies, especially when peak torque is achieved at a mere 3,000rpm. Useable power in a small package? Brilliant. The engine uses an over-boost function which modulates the amount of available turbo boost and is activated by a 'Scorpion' button on the steering wheel. Carried over from the 500 model is Torque Transfer Control, which helps to improve the transfer of torque to the driven wheels. The car is fitted with a five-speed manual gearbox as standard or, as we said, on some models you can choose the MTA paddle-shift gearbox.

Prices for the '595' models start at around £17,800, which gets you the standard 145hp '595' variant. There's a £2,650 premium for the cabriolet bodystyle. The 165hp F595' version starts at around £20,300, while the 'Turismo' variant starts from just under £21,000 - both variants available with the option of paying around £1,300 more for MTA auto transmission. Go for the 180bhp 'Competizione' 595 model and the list price rises to around £23,000. The top 'Esseesse' version have the same engine and start from just over £26,500. The 'Turismo' derivative features Alutex trim for the pedals, footrest and door kick-plates, bespoke floor mats, machined aluminium fuel and oil filler caps and dark tinted rear windows. There's also upgraded front and rear dampers, automatic climate control, leather upholstery and xenon headlights. Go for the Competizione and you also get some beautiful Sabelt seats in fabric upholstery, a Monza exhaust upgrade and anthracite finished alloys.

While it is possible to spend well over £20,000 on these cars, especially if you opt for one with a paddle shift gearchange, you can get all the fun for a saving of more than £2,000 below that figure if you opt for the entry level 595 or 595 'Turismo' model, the versions that seem to represent the value in the range. You should find that day to day running costs won't break the bank as its 1.4-litre T-Jet powerplant is one of those modern turbocharged engines that actually returns really good fuel economy if you're not constantly making the turbo do manic hamster wheel impressions. The quoted economy figure for a manual Abarth 595 Turismo is 42.8mpg on the combined cycle and even around town it'll manage over 30mpg. Emissions are pegged at between 153g/km and 165g/km, depending on variant. The manual Abarth 595 Competizione 180hp manages 41.5mpg on the combined cycle. Residual values will be good if previous hot versions of the Fiat 500 are anything to go by and reliability seems to be improving after teething troubles with early cars. Expect insurance in the Group 28 region.

Fill out the simple form below to get a quote for this Abarth 595c Convertible 1.4 T-jet 180 Essesse 2dr Auto lease.